Rescue crews saved an alligator that was found trapped in a storm drain in Miami-Dade, Florida.

WEST MIAMI-DADE, Fla. - An alligator that spent days trapped at the bottom of a storm drain was freed Tuesday by Florida Fish and Wildlife Conservation Commission officers.

Residents in the area claimed to have spotted the gator on Friday and said they tried several times to contact different agencies, but they never reached anyone.

FWC said they didn’t learn of the creature until being contacted by WSVN on Tuesday. That same day, crews pumped roughly 1,500 gallons of water into the drain, freeing the gator.

The exact length of the gator was not determined, but a trapper estimated it was almost 11 feet long, based on the size of its snout. 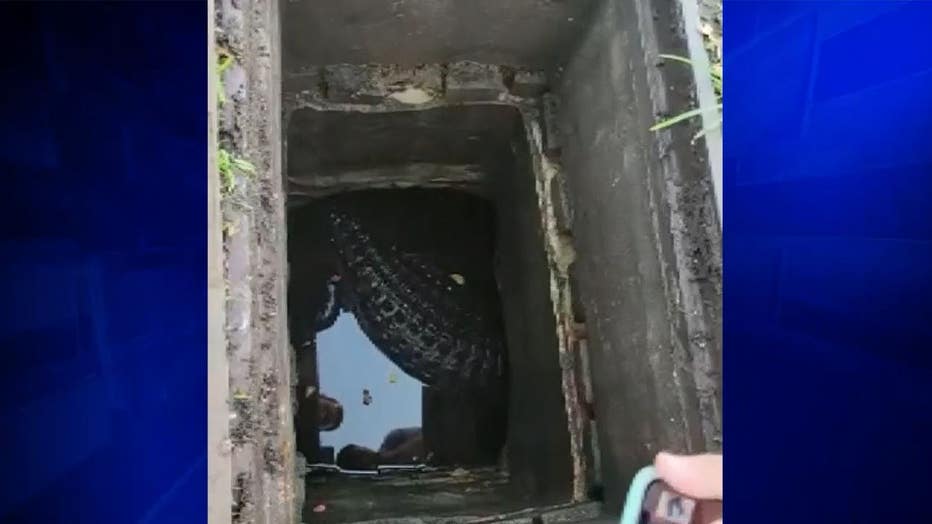 An alligator is free from a Florida storm drain after crews pumped more than 1,000 gallons of water into the area. (Source: WSVN via FOX Edge)

Once the alligator was freed, a welder sealed the tunnel in case it returned.

Washington said conflicts between humans and alligators are rare and people can minimize their risk by not feeding the reptiles. Florida has made such an action a misdemeanor.

Even though they failed to capture the gator, FWC considers the mission a success.

"Any day where nobody is hurt and no animals are hurt, then our mission has been fulfilled," Washington said. "We’re the Florida Fish and Wildlife Conservation Commission and protecting our natural resources is No. 1 and public safety, also."