1-on-1 with Pompeo: Secretary of State on China, COVID-19

MADISON, Wis. - U.S. Secretary of State Mike Pompeo warned Wisconsin about Chinese Communists on Wednesday, Sept. 23. It comes just six weeks before the election in this, a key battleground state.

FOX6's Jason Calvi spoke with the secretary one-on-one -- it was a Milwaukee exclusive.

FOX6's Jason Calvi spoke with the U.S. Secretary of State Mike Pompeo one-on-one -- a Milwaukee exclusive -- discussing his decision to come to Wisconsin, the Chinese Communist Party and more.

The secretary went on Wednesday where no sitting secretary has gone before -- the Wisconsin Capitol.

Pompeo said he was in the state on official business -- to warn about the CCP, the Chinese Communist Party. 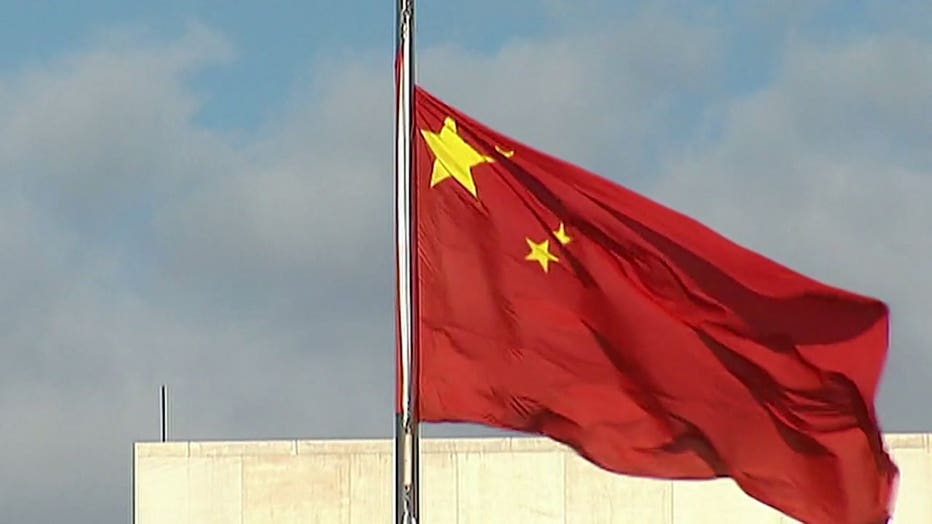 "We've watched the CCP campaigns targeting state-level officials, local interests, we've seen them at PTA meetings," Pompeo said. "They have been in full swing for years, and they're increasing in intensity."

Pompeo brings up the story of a Chinese diplomat in February asking Wisconsin's Senate president to pass a resolution praising China's handling of the coronavirus. 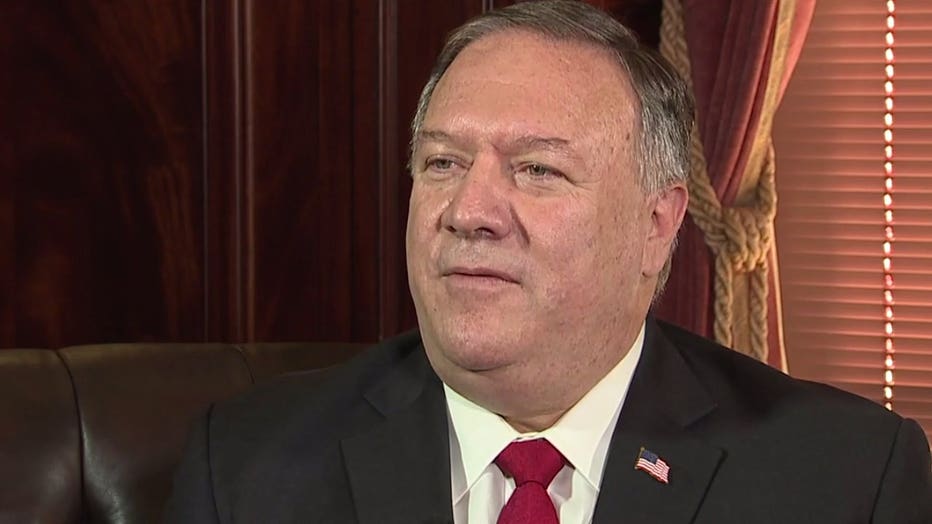 "Why travel to a battleground state, 41 days before the election?" asked FOX6's Jason Calvi.

"I came to Wisconsin for the same reasons I've gone to New York and California and all across the country. Communicating to ordinary Americans the importance of what we're trying to do: America first and how President Trump is delivering on good security outcomes," Pompeo said. "Today, in particular, I came to talk about the threat of the Chinese Communist Party." 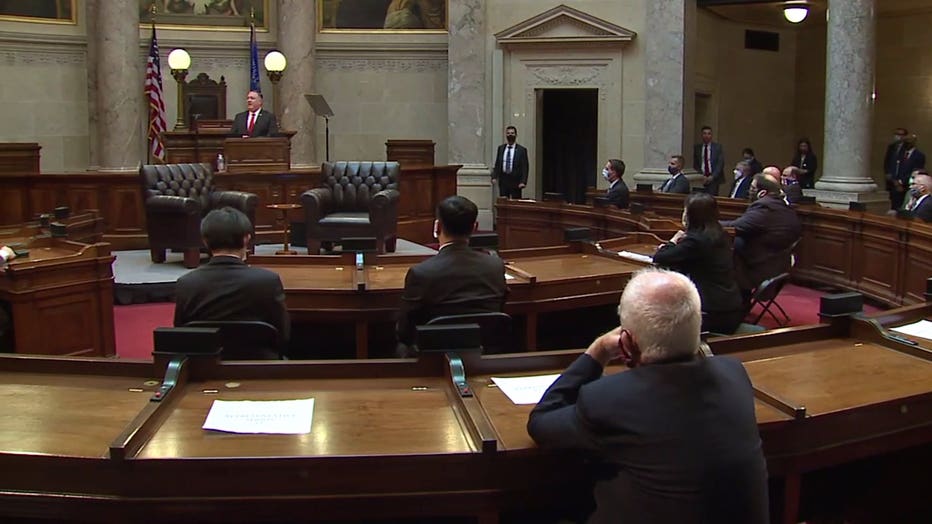 "Who made the decision to come here, was it your decision?" asked Calvi.

"It was my decision," Pompeo answered. "I saw what happened to Senator Roth and watched the good work he did and he responded in exactly the right way, from exactly the threat that the Chinese Communist Party imposes, where they ask state legislatures to act in ways that are inconsistent with the truth."

Democrats blast Senate Republicans for hosting the Pompeo speech, yet not passing a bill since April.

RELATED: Read the complete text of Pompeo's speech in Madison

As to the election, Secretary Pompeo said they are worried about China, Iran, and Russie. But he said the FBI and Homeland Security will stop them from interfering in the election outcome.

U.S. Secretary of State Mike Pompeo’s visit to the Wisconsin Capitol less than six weeks before the election was a first for a secretary of state.