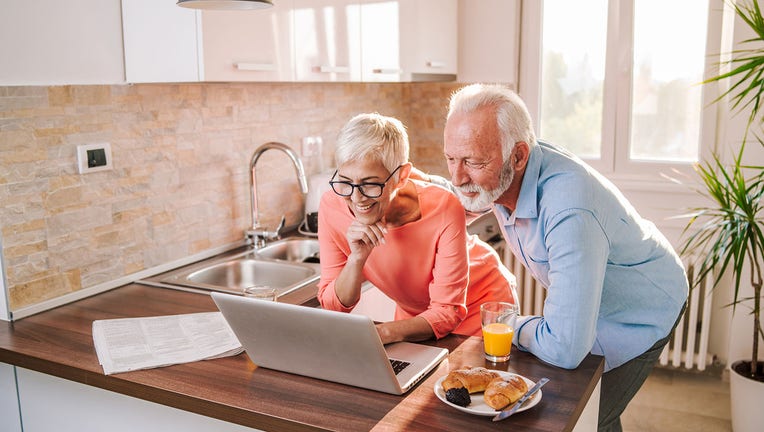 Baby Boomers and Gen Zers pay a higher – and possibly unjustified – average monthly car insurance premium, in part because of supposed "age tax," according to a new study. (iStock)

The study found that Gen Z drivers in 17 states across the U.S. pay higher auto insurance rates than millennials, despite having equal or fewer driving violations.

"The car insurance premiums defy common sense," Jerry data analyst Lakshmi Iyengar said. "When reviewing violations, one of the most important factors in insurance premiums, the data shows that two generations are often being priced higher regardless of violations – Gen Z and Boomers."

If you think your car insurance cost is too high, visit Credible to enter your information once and find the best car insurance rate for you by comparing deductibles and other coverage options from multiple auto insurance companies. Many companies include discounts that could help lower your rate such as good student discounts, safe driver discounts or discounts for other safety features.

CAR ACCIDENTS SPIKED NEARLY 8% IN 2020, SAYS DOT: HOW TO SAVE ON INSURANCE IN THE EVENT OF A CRASH

Where do drivers pay the highest age tax?

Baby Boomers reportedly have higher insurance costs than Gen X drivers in 11 states, but have lower traffic violations rates. Boomers are statistically the safest drivers of any age group, with a national average violation rate of just 10%.

The Jerry study states that Boomers primarily reside in the eastern United States, and that another study of theirs found that "on average, East Coast drivers pay about 45% more in monthly premiums than drivers on the West Coast. Although this doesn’t account for Boomers being charged more than Gen X drivers, it does begin to explain their higher premiums in eastern states."

New auto insurance companies have more favorable rates that adhere to a driver's profile – taking into account factors like driving record, age and credit score. Visit Credible to find a car insurance quote for the best premium for you and get prequalified for car insurance coverage in minutes without affecting your credit score.

MANY AMERICANS LOSING CAR INSURANCE SAVINGS BY NOT SHOPPING AROUND, STUDY SHOWS

Although Gen Z and millennials drivers have close violation rates – at 25% and 24%, respectively – the average car insurance premium is $54 higher for Gen Z drivers, at $314 per month.

According to the study, Gen Z drivers have the highest average insurance premium across all age groups nationally – ultimately paying $54 more per month than millennials, $105 more than Gen X and $104 more than Boomers.

If you are paying too much for your auto insurance policy, consider exploring discounts options other car insurance companies have to offer. Visit Credible to compare multiple insurance quotes at once and choose the one that best fits you.