SOUTHEAST WISCONSIN -- NOAA just released their Winter 2019 forecast and it looks like much of the pattern we've seen this year will continue. Wet and average temperature probability near the Great Lakes.

No area in the United States is favored to see below-average temperatures. 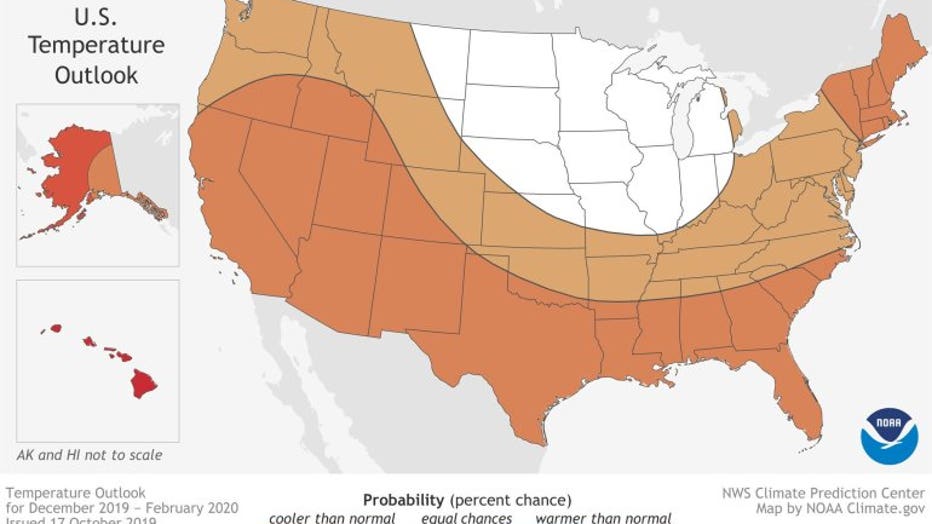 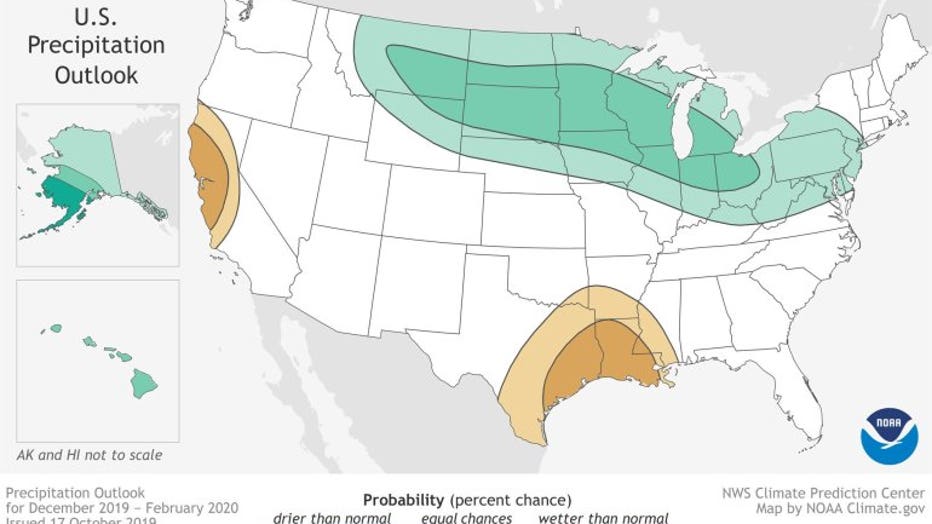 The National Ocean and Atmospheric Administration give these forecasts in probabilities for multiple reasons. After 7-10 days the accuracy and variability with model data are too great to give any kind of exact number forecasts. We can see long term trends based on global weather patterns but still, a huge portion of these forecasts relies on climate averages.

One forecasting tool that especially impacts the United States in the Winter is the temperature of surface ocean waters in the Pacific. When colder waters sit in the Eastern Pacific this is known as a La Niña, when warmer waters are in the Eastern Pacific it's called an El Niño. Decades of data during La Niña and El Niño years can be compared and contrasted to set up these Winter forecasts. What makes this year's forecast interesting is that the United States is currently in a neutral pattern meaning we're not in a La Niña or El Niño pattern. Surface ocean temperatures are average from Mexico down to Chile.

More info on the Winter Outlook 2019 Forecast can be found on the noaa.gov webpage.