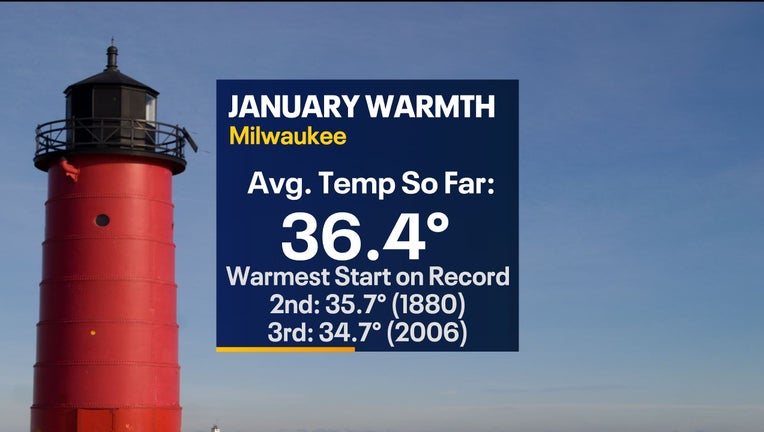 Have you noticed anything odd about January 2023? So far, this has been our warmest January on record using data going back to 1871.

Our coldest temperature this month has been 25 degrees. January and February is the time of year we typically set our yearly low temperature in Milwaukee. It's safe to say January has been lacking its winter bite.

Looking deeper into it, there's been a pattern since the year 2000. Since that year, Milwaukee has had eight of its 25 warmest Januarys on record – only one of its top 25 coldest Januarys on record. This echoes a national and global trend of winter being our fastest-warming season. 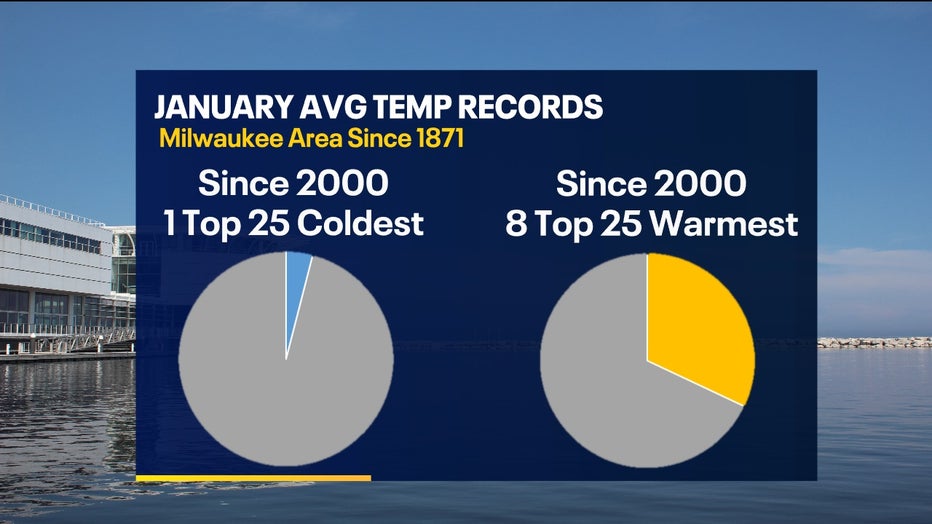 Top 25 record cold and warm Januarys since the year 2000

What's even more alarming is just how much warmer we've been than other Januarys on record. If January ended today, Jan. 19, our average temperature would be almost an entire degree warmer than the next warmest January on record back in 1880.

The last time we had a January like this was 2006, but to put it into perspective, our average temperature for the month should be around 21 degrees. January 2023 has been a whopping 15 degrees warmer than average.