MIAMI — A tropical storm warning has been issued for Barbados as the fourth tropical storm of this year's Atlantic hurricane season moves toward the Lesser Antilles.

The U.S. National Hurricane Center in Miami says Tropical Storm Dorian could intensify to near hurricane strength over the eastern Caribbean Sea by Tuesday. 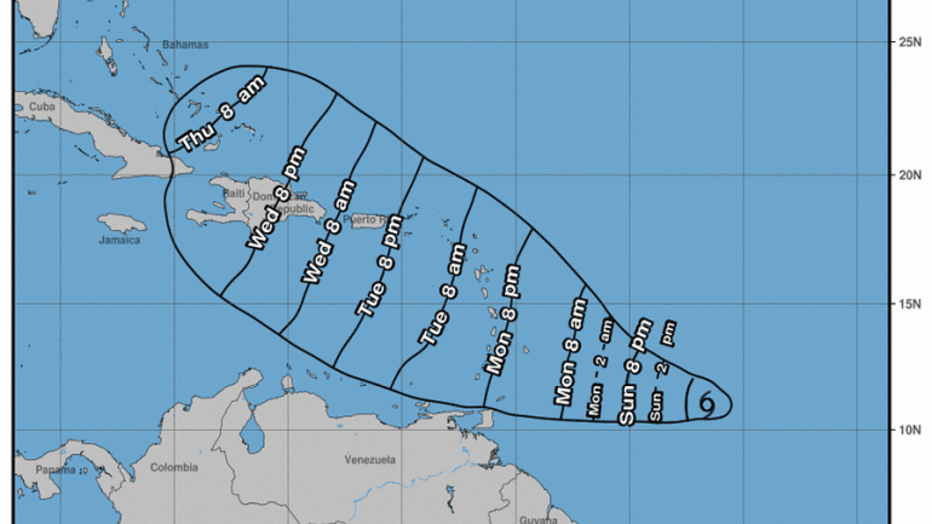 A tropical storm watch was issued for St. Lucia and St. Vincent and the Grenadines. Watches for additional islands in the Lesser Antilles will likely be issued later Sunday. The advisory says Puerto Rico, the Dominican Republic, and Haiti should monitor the storm's progress.