MILWAUKEE (WITI) -- You think it’s warm now? Oh we’re just getting started. Even though the days are getting shorter they’re also getting warmer, speaking from a climate perspective. In mid and late July our normal daily temperature peaks at 72 degrees (high temp of 80 and low of 64). Some call it the "Dog Days of Summer".

The definition has more to do with the stars and less to do with man’s best friend. The dog days start in early July when the star Sirius rises around the same time as the sun. Sirius is the brightest star in the constellation Canis Major, aka the Greater Dog or Large Dog. When looking at Canis Major, Sirius sits near the neck or collar. The dog days term was first used in ancient Greece and then by the Romans. 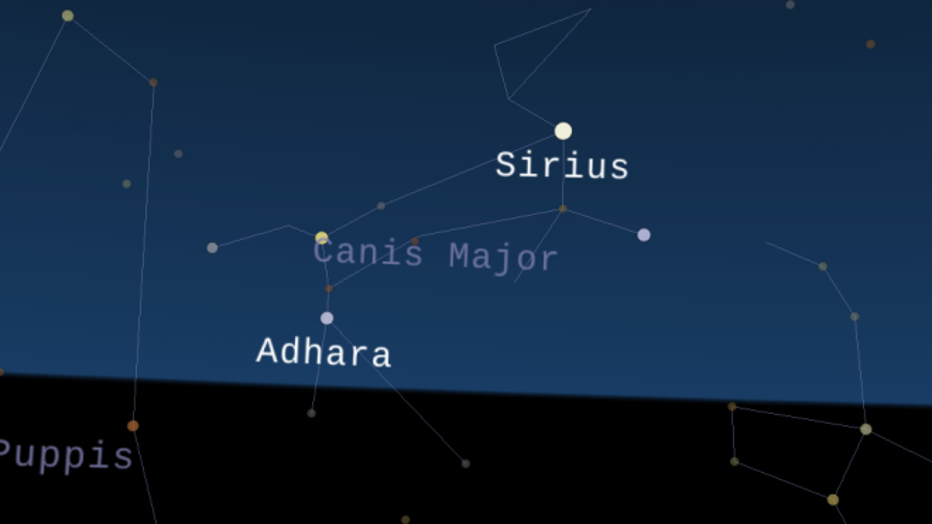 Sirius just above the horizon

The Romans believed the hot July and August weather was caused by Sirius since it appeared to meet up with the sun at this time (years ago this was late late July into August). So the Romans would sacrifice a dog at the start of the period to please the star. Personally, I’m not sure why they thought killing a dog would make Sirius happy. Shouldn’t they just offer it a bone or throw a tennis ball its way?

In terms of weather, mid summer weeks of the dog days often bring an ill-defined pattern of upper level winds. The jetstream heads north into Canada leaving the U.S. without a driving force to move storm systems. Sure we still get rain on occasion thanks to the heat and humidity, but sweeping cold fronts and powerful low pressure systems tend to skip town during the dog days.

The dog days of summer were brutal in 2012. In fact they seemed to last from June to September whether Sirius was in position or not. This summer has been thankfully more tame when it comes to hot, humid weather. But now that Sirius sits low on the horizon flanking the sun, the next few weeks may turn sultry.