That was quite a storm system that moved north out of the southern Plains and into the central Great Lakes yesterday, Tuesday, November 29, 2011. Surface low-pressure and a vigorous upper air system loaded with moisture pulled in just enough cold air from the north to create locally heavy, wet snow from western Tennessee and northeast Arkansas northeast through Indiana and Lower Michigan.

The map below shows the snowfall accumulation in Indiana and Lower Michigan as a result of the storm. What is interesting to note is how close this came to Wisconsin. It was no surprise that the storm remained to our east. That scenario was forecasted well and the numerical prediction models did a nice job of portraying the evolution and path of the storm system. 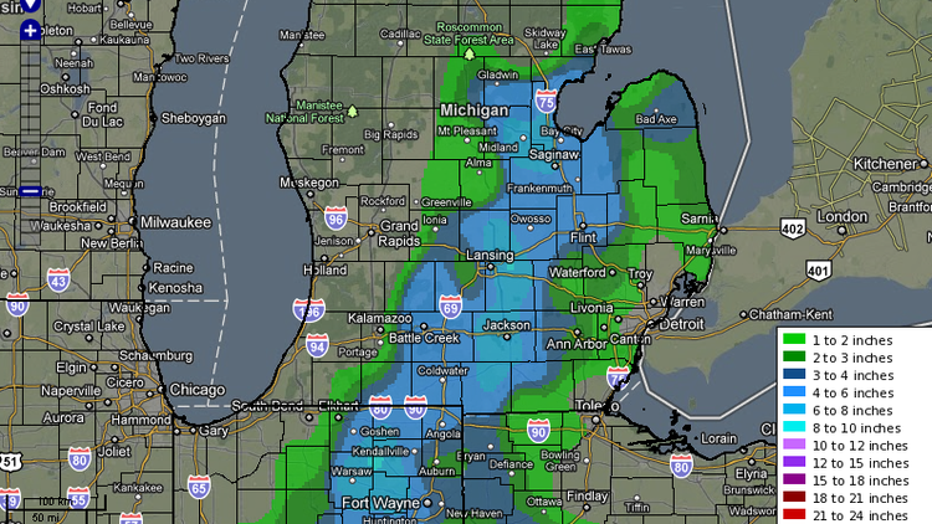 Realize, however, that if the surface low and upper system had tracked 100 miles farther to the west, southeast Wisconsin would have been potentially buried under 10" or more of snow. As a follow-up to my previous blog, this is why we need to be very skeptical of winter snow forecasts, especially the ones that delineate the dates and expected snowfalls months in advance. We should also be wary of the forecasts that claim we will see a certain number of inches of snow in a winter season.

My belief, as I stated in my previous blog, is that there are many factors influencing our seasonal weather patterns. La Nina is just one of them, but it is the one most media outlets site. Meteorologists who understand the other atmospheric processes know that just relying on La Nina influences, or just relying on other modes of influence, will not yield an accurate look at seasonal snowfall.

The storm track that the low-pressure followed yesterday is a common track for winter storms during a La Nina winter. We saw it last year (also a La Nina winter) and we will see it again this La Nina winter. But other influences can nudge each storm track 100 miles east or west of that track, resulting in a wide variation in our potential winter snowfall.

Just looking at yesterday's storm track and the narrow band of heavy snow should be enough to convince most people that relying on what you hear about upcoming winter weather is unwise. It is easy to claim "we will see X inches of snow this winter" or "we will get a big snowstorm the week of X", but having the science to back up such claims is usually missing.

If there was a "magic bullet" for forecasting winter weather months in advance, we would have found it by now. The atmosphere hasn't become suddenly uncomplicated.