On Friday NASA’s UARS (Upper Atmosphere Research Satellite) will come crashing to Earth, further proof that gravity always wins. The satellite, about as big as a city bus but with a much more expensive fare, is expected to break up into more than 100 pieces, about 26 are big enough to survive a toasty re-entry. It sounds like North America is not in the cross hairs of UARS’s charismatic return. Instead, the Pacific waters between Australia and Japan have the greatest chance though forecasting the landing zone is sketchy. In fact NASA predicts the odds of any of the planet’s 7 billion people getting hit are 1 in 3200. So as the E-Trade baby would calculate it the odds of you getting hit “are the same as getting mauled by a polar bear and a regular bear in the same day.”  The bottom line, hard hats will not be needed when walking outside in Wisconsin tomorrow.

But that wasn’t the case on September 5, 1962 when the USSR’s Sputnik 4 (aka Korabl-Sputnik 1) landed on north 8th street in Manitowoc. The piece did not harm or hit anyone. 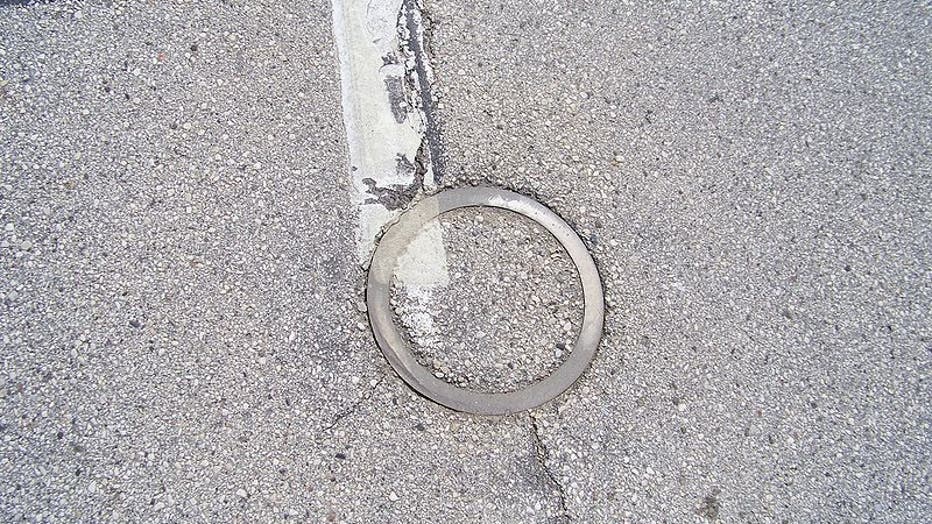 A few patrol officers came across the scalding hot 20lb. chunk of metal. A funny account of their discovery is linked up here. As the story goes the original chunk was shipped back to the Soviets while two replicas made by NASA remain in the U.S. One is at the Rahr-West Art Museum in Manitowoc, the other at the Manitowoc Police Department. I spoke with the folks at the Rahr-West Museum today and they are hoping for part of UARS to land close by so they can add another piece to their collection, but we all know the odds of that!