It sounds impossible. It's not. But it is very rare.

What Cameron Mosier captured with his Samsung phone was possible because of "fata morgana" or a mirage. 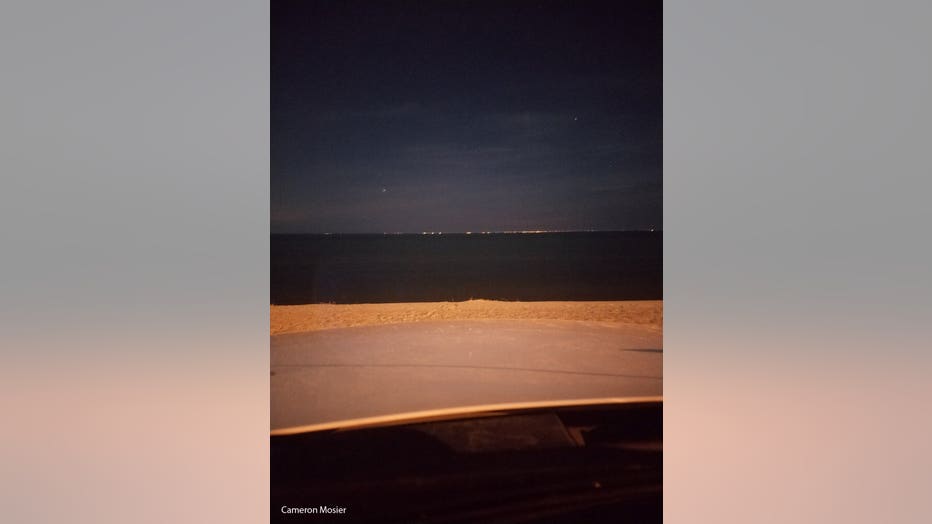 View of Milwaukee from Muskegon, MI

"A mirage, but the specific physical circumstances under which fata morgana should be applied to a particular sighting are ill-defined.

"The best that can be said is that the mirage interacts with features in the landscape to present a scene of sufficient ambiguity that viewers often arrive at quite fanciful interpretations. Cases reported include those of the apparent sighting of cities, mountains, forests, or islands (sometimes metamorphosing one into the other) in places where it was known that no such things existed."

Mosier told FOX6 News he took the photo with his Samsung Galaxy S7 -- using a ten-second exposure and ISO of 400. He indicated he could see lights flashing on the tops of buildings with his naked eye.

The FOX6 Weather Experts say there have been instances where people living in South Bend, Indiana were able to see the City of Chicago over Lake Michigan because of the same phenomenon.