AMHURST JUNCTION, Wis. - A rare combination of Wisconsin's brightest colored migratory birds stopped by Tom Weaver's birdbath in Amhurst Junction, WI on May 26th. Many birders would be happy just to see one of these visit their birdbath in a day let alone both at the same time. 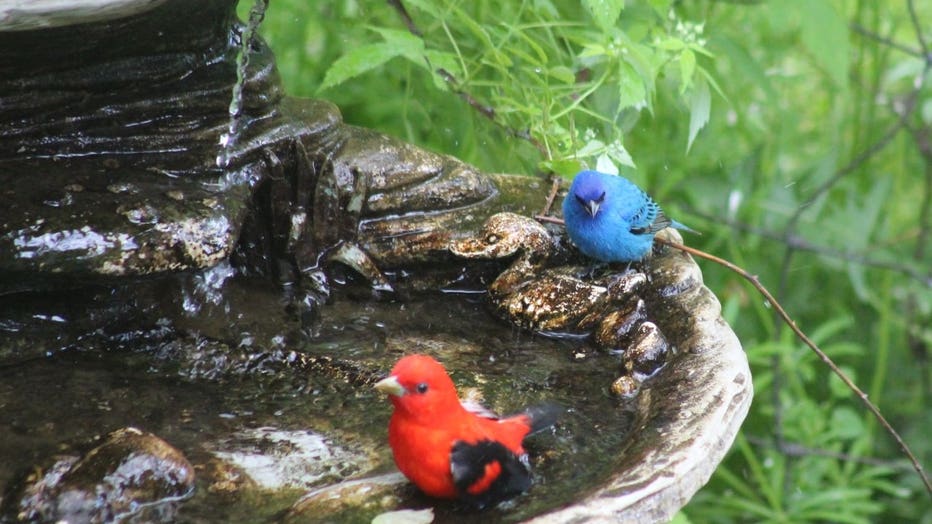 The red bird is a Scarlet Tanager and if flying by it can be mistaken for a male Cardinal but look for a black edge to their wing and no crest feathers on top of their head. Scarlet Tanagers migrate North as they settle into their breeding grounds for late spring and can often be spotted in southeast Wisconsin heading into summer. They spend their winters all the way down in South America which makes them one of our farthest migratory visitors. 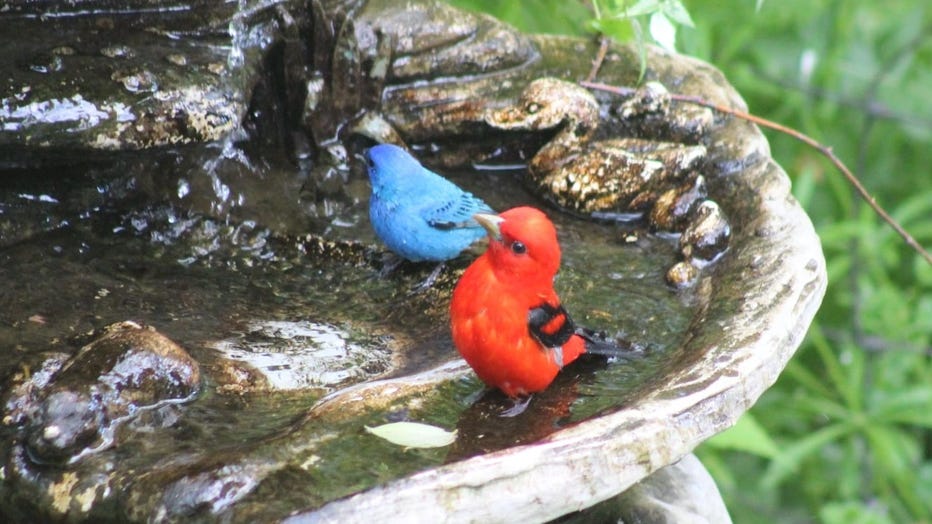 The bright blue bird is a male Indigo Bunting and not many other birds have quite the striking blue color they have. Indigo Buntings thrive in edge habitats and because of human impacts on land their numbers are likely more prevalent than they would have been two hundred years ago. Still an uncommon sight in urban areas it can be found late spring through early fall in the whole state of Wisconsin.

We Got This garden benefits Milwaukee youth