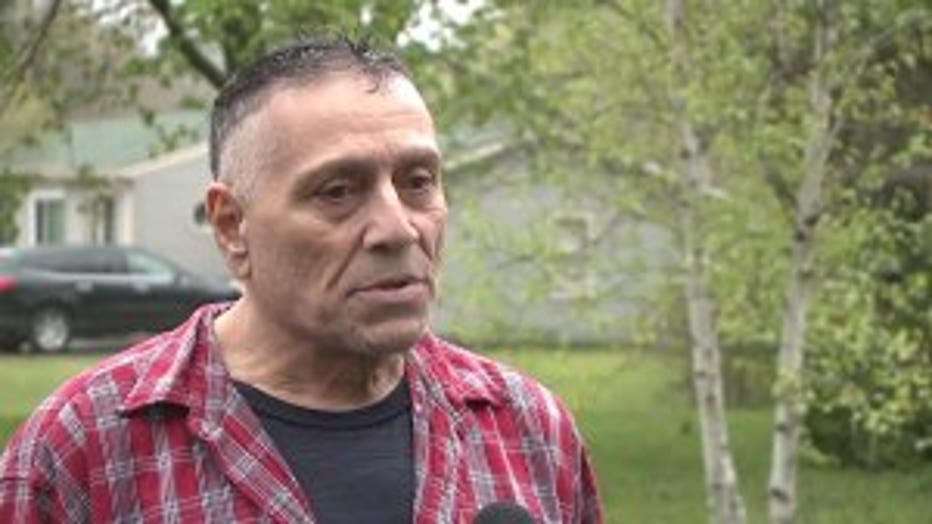 WEST ALLIS -- A Muskego man became stranded along the Root River Parkway in West Allis on Sunday, May 17, as heavy rain led to flooding -- with nowhere to go but the roof of his SUV. His rescue was caught on camera.

"This, of course, is my truck, halfway under water," said Jonathan Aiuppa.

As heavy rain flooded the Root River Parkway in West Allis Sunday, Aiuppa found himself on an island, all alone.

"I thought, nope, this is not good," said Aiupaa.

The Muskego man was venturing to an auto parts store when suddenly, his wheels were no longer on the pavement. 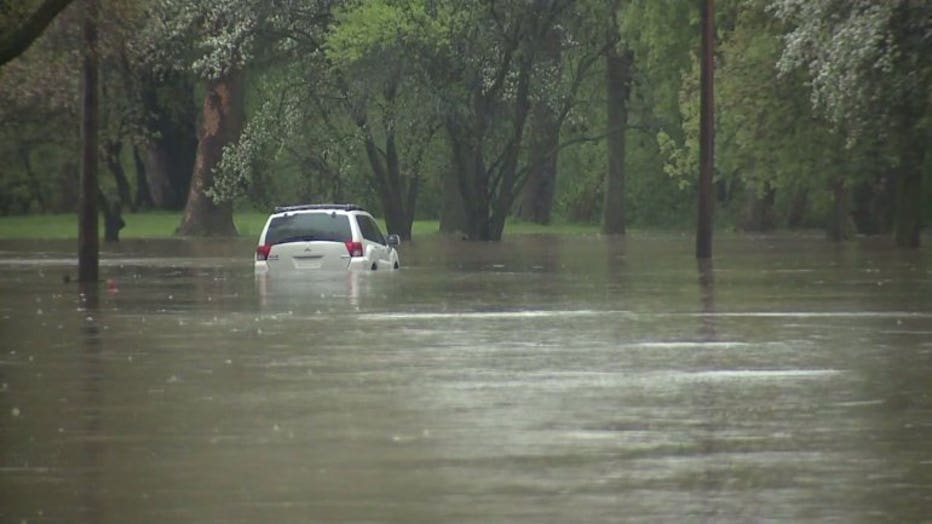 "I look to the left, and there were mailboxes sticking out of the water just a little bit," said Aiuppa. "Looked to the right and same thing. It lifted the truck up, spun it around instantly, and as soon as it spun it around, I was floating, and then, water started coming in."

Sitting atop his submerged vehicle, Aiuppa started recording on his cell phone.

"I was mostly scared," said Aiuppa.

A neighbor, noticing the trouble he was in, was quick to dial 911.

"So these are the firemen that saved my life," said Aiuppa in the video.

With one parkway settled Monday, another saw the effects of the storm -- with more rain falling. 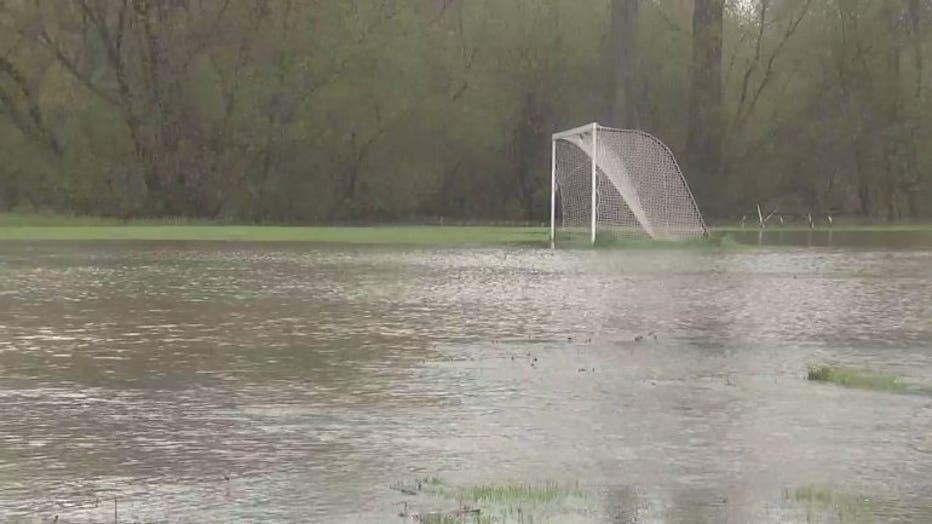 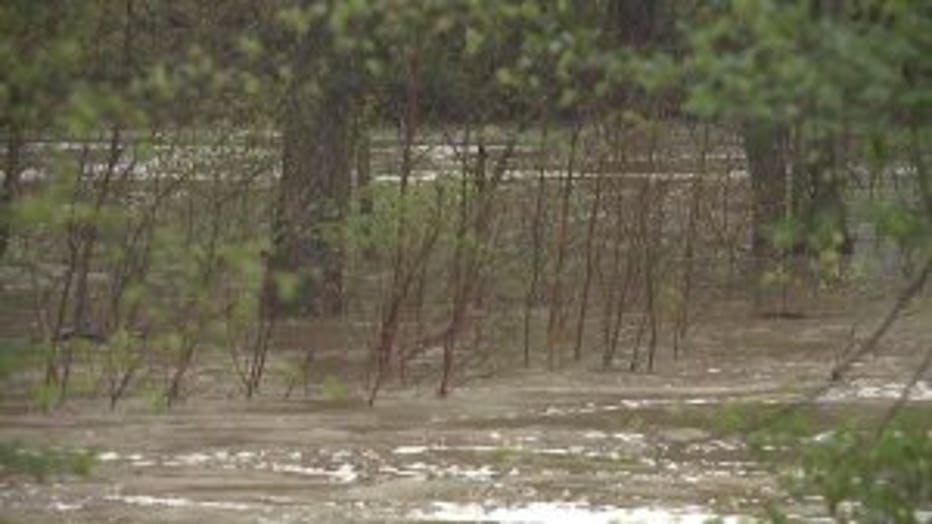 "It's not often," said Beverly Evans of Glendale's Kletzsch Park. "This is unusual."

"It looks almost level," said Evans. "It's crazy. There's almost not a waterfall there. Over on the other bank, it's into their yards and everything."

On Sunday night, the Milwaukee River was observed past seven feet -- at 'Flood Stage.' It came down a bit Monday, and according to the National Weather Service, was at about six feet, which is 'Near Flood Stage.' 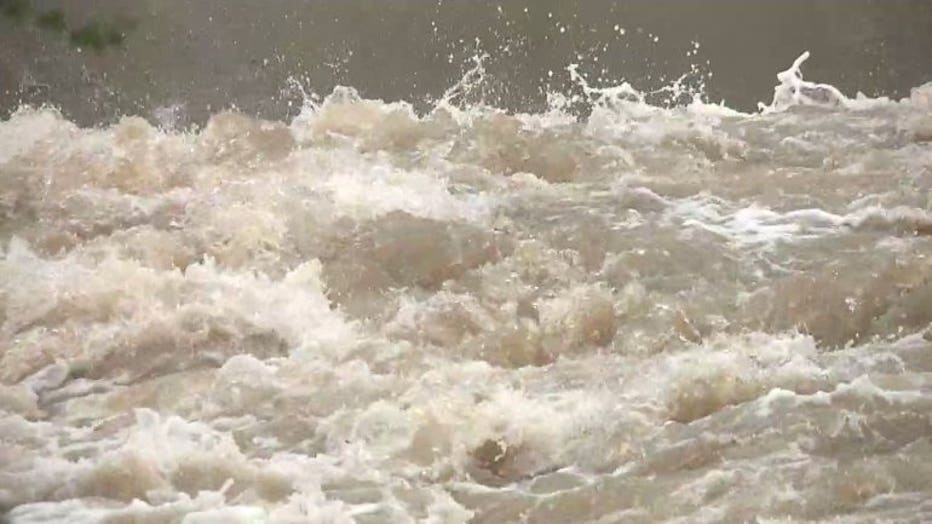