CAPE CANAVERAL, Fla. — NASA chose 12 new astronauts Wednesday from its biggest pool of applicants ever, selecting seven men and five women who could one day fly aboard the nation's next generation of spacecraft.

The astronaut class of 2017 includes doctors, scientists, engineers, pilots and military officers from Anchorage to Miami and points in between. They've worked in submarines, emergency rooms, university lecture halls, jet cockpits and battleships. They range in age from 29 to 42, and they typically led the pack.

Of note, astronaut Raja Chari was born in Milwaukee. CLICK HERE to read his complete bio. 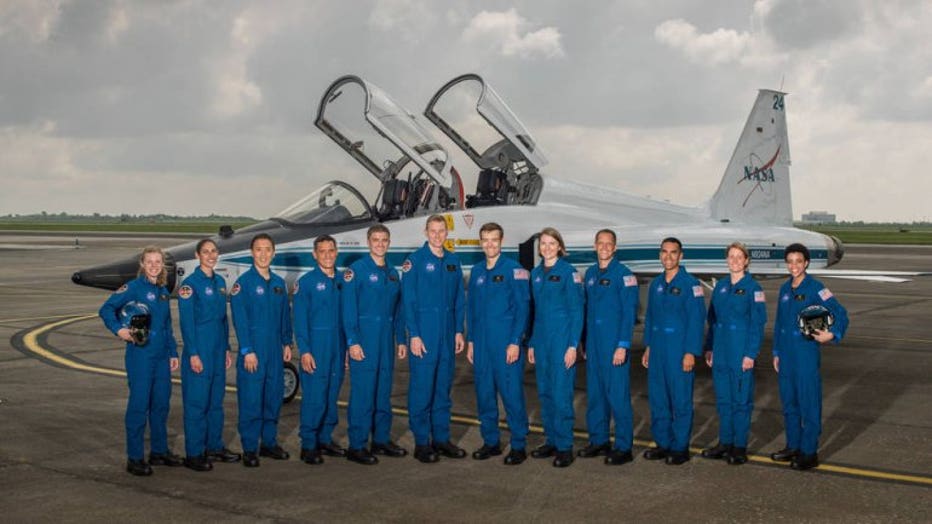 "It makes me personally feel very inadequate when you read what these folks have done," said NASA's acting administrator, Robert Lightfoot.

Pence assured the crowd that NASA will have the resources and support necessary to continue to make history.

"Under President Donald Trump, America will lead in space once again, and the world will marvel," he said.

More than 18,300 people threw their hats into the space ring during a brief application period 1 ½ years ago. That's more than double the previous record of 8,000, set in 1978 when the space shuttles were close to launching.

The 12 selected Wednesday will join 44 astronauts already in the NASA corps. U.S. astronauts have not launched from home soil since 2011, thus the low head count. But that could change next year.

After two years of training, the newbies may end up riding commercial rockets to the International Space Station or flying beyond the moon in NASA's Orion spacecraft. Their ultimate destination could be Mars.

SpaceX and Boeing are building capsules capable of carrying astronauts to the space station and back, as soon as next year. A launch engineer and senior manager for SpaceX, Robb Kulin, is among the new astronauts. He's also worked as an ice driller in Antarctica and a commercial fisherman in Alaska.

"Hopefully, one day, I actually fly on a vehicle that ... I got to design," Kulin said.

Kulin and his classmates may be in for a long wait for space.

Some members of the class of 2009 have yet to launch. Jack Fischer, who was in that group, just got to the space station in April, but he said he couldn't be happier as he showed the latest hires their "new office" in a video.

"It's a little bit cramped. The desk is kind of small. But the view. Oh, the view."

This is NASA's 22nd group of astronauts. The first group, the original Mercury 7 astronauts, was chosen in 1959.

Altogether, 350 Americans have now been selected to become astronauts. Requirements include U.S. citizenship; degrees in science, technology, engineering or math; and at least three years of experience or 1,000 hours of piloting jets.