MILWAUKEE -- A Milwaukee Police Department squad car was involved in an accident late Wednesday night, Oct. 30 while responding to reports of an armed robbery.  It happened around 11:22 p.m

According to police, officers were dispatched to an armed robbery in progress at a gas station near Oklahoma and Howell. When officers arrived at that location, the squad car slid due to the weather, striking a gas pump and an unoccupied vehicle. 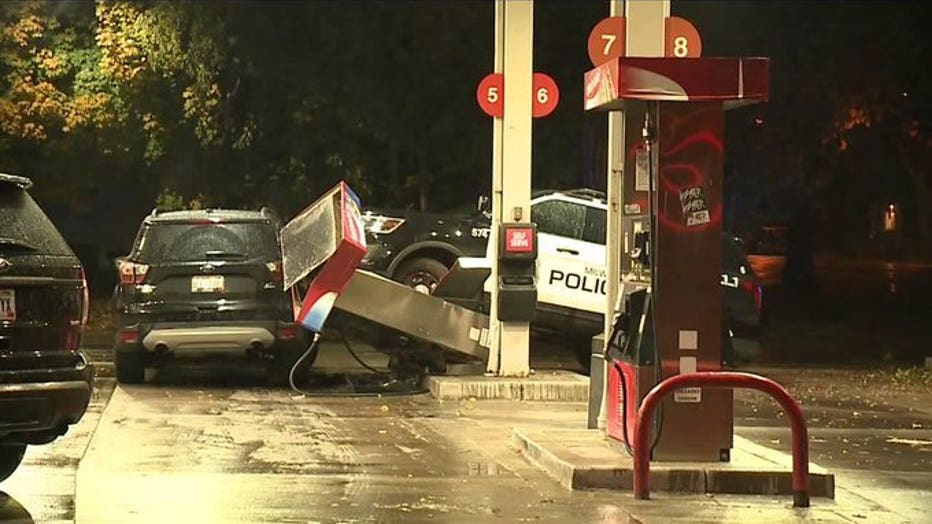 No officers were injured and MPD is still seeking suspects.