But we have a chance to shatter all previous streaks if our current forecast holds. We could potentially have seven consecutive days of high temps reaching 70˚F between Nov. 3-9. 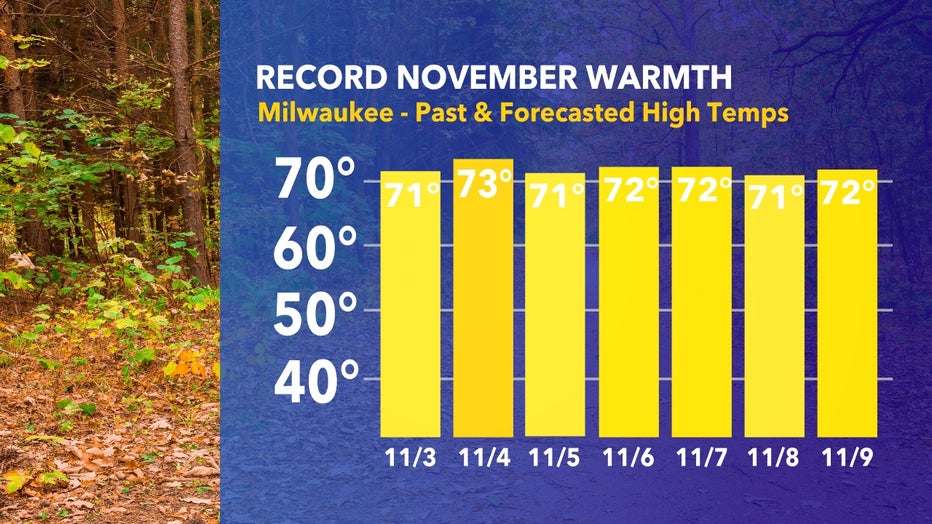 The average high to begin the month of November is typically in the low 50s which means to stay this consistent we're well over 20˚F+ above average to start the month. Almost every single day until Nov. 9 we will be flirting with record high temperatures.

Interestingly we've never gotten up to 80˚F in the month of Nov. on record and that won't happen this year either. 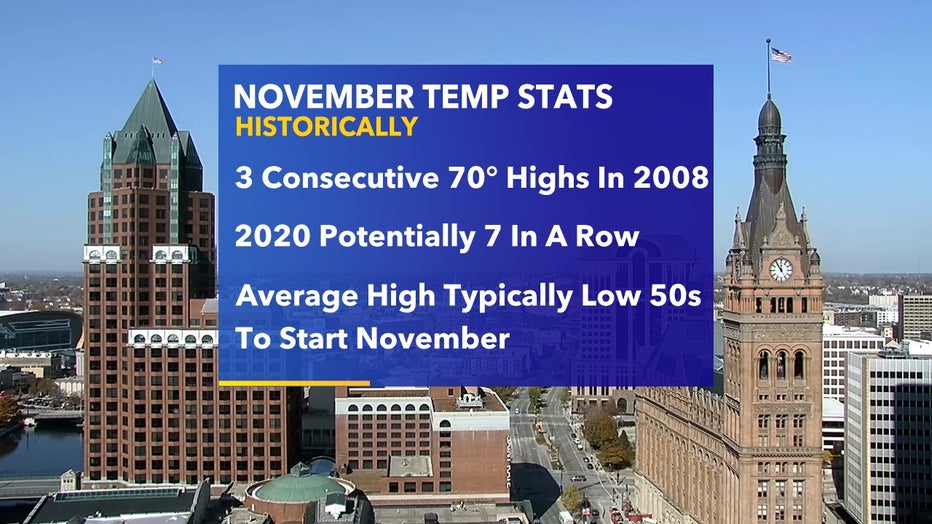 Temperature stats to start the month of November for Milwaukee

By Tuesday, Nov. 10 our consecutive 70˚F streak will come to an end but it's still very likely we'll experience above-average temperatures into the mid-portion of the month. Long term temperature outlooks keep us at least above average through Nov. 18. 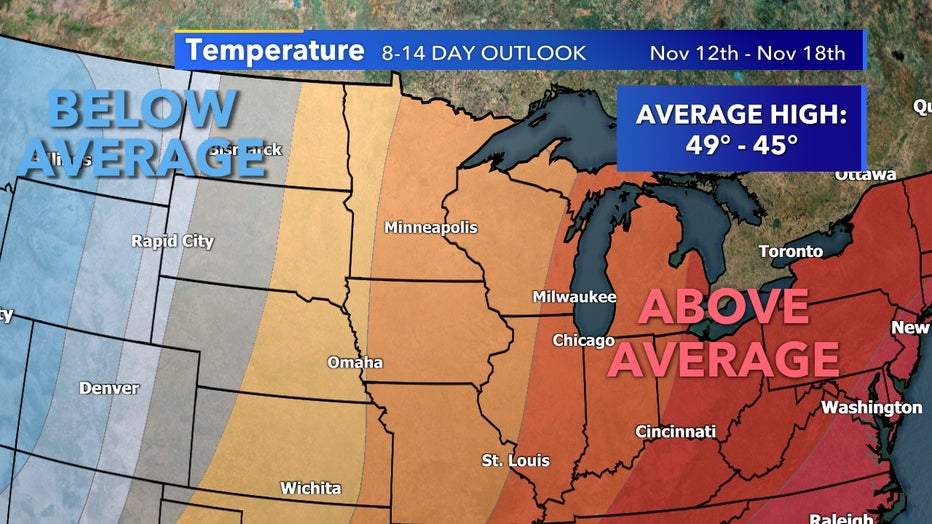