The last time we had this dry of a start to meteorological spring (March-May) it was 2005 with only 2.13" of precipitation. Since the start of March, most of southeast Wisconsin hasn't even received half of its average amount of rainfall that we typically get through the end of April.

Generally speaking, April is our fourth rainiest month but 2021 is drastically falling behind.

While we've had rain, it's been periodic and hit or miss. It's important to note this is our first spring in a while that we haven't had flooded field conditions for farmers so there is at least one positive as they begin planting. We have a long ways to go to make up for our deficit but there will be chances moving forward. 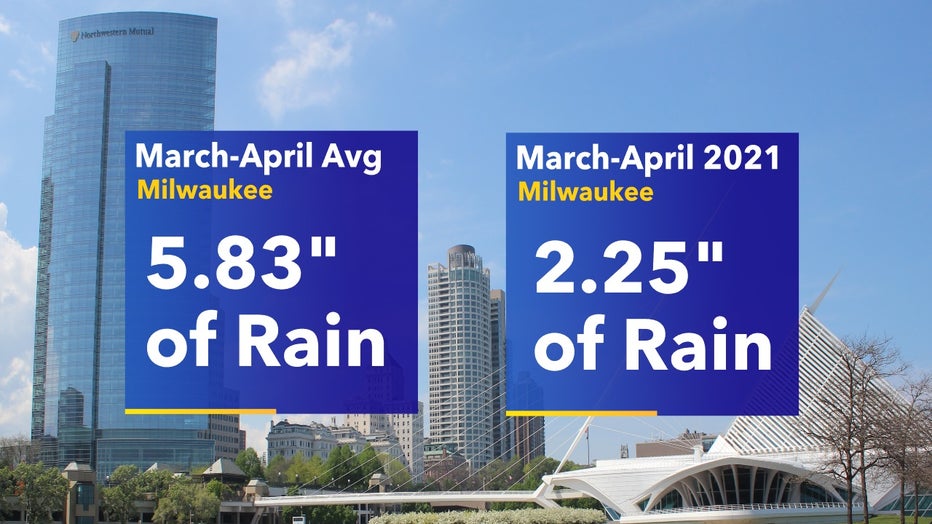 Friday afternoon, April 23 into Saturday morning, April 24, scattered light showers work through the area. Accumulations will be low but it is better than nothing. 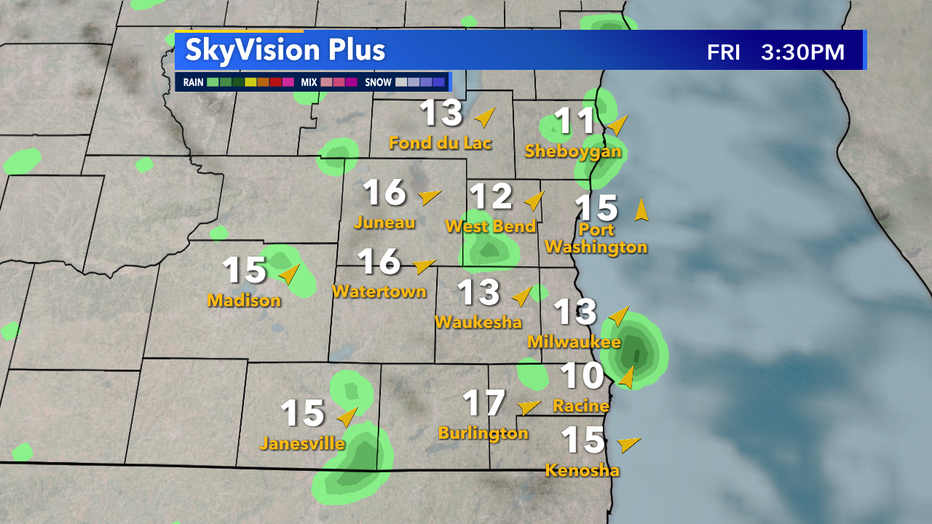 SkyVision Plus for Friday, Apr. 23

It won't be until Wednesday, April 28 that our next widespread system moves into the state. As a low pushes through the area, a dip in temperatures are possible but more importantly, multiples chances of rain will come with it.

We need 3.58" of rain through the end of the month to get back to average and as things look that will be highly unlikely. 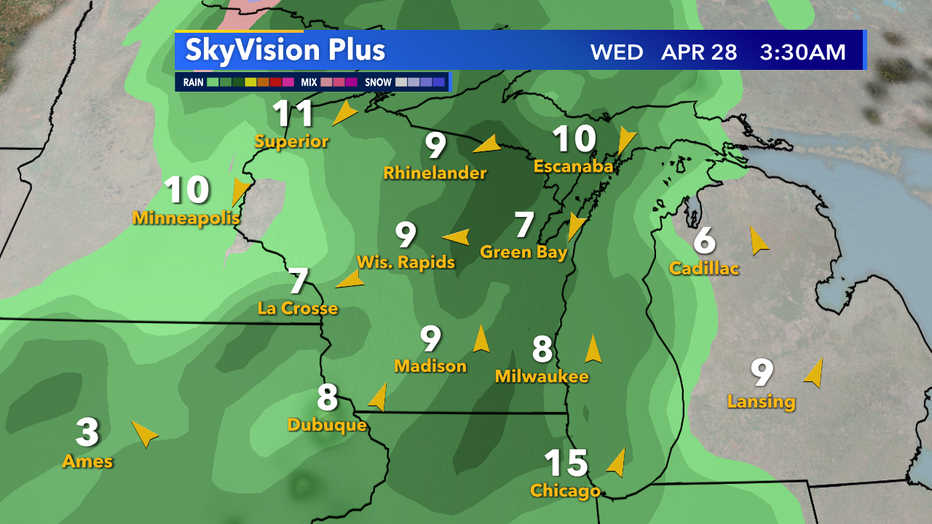 SkyVision Plus for Wednesday, Apr. 28