SOUTHEAST WISCONSIN -- Our mild winter will be coming to an end by mid-February as some of the coldest temps of the year plunge their way down from the Arctic. This by no means will be record-setting cold but gives us the best shot at single-digit temps in nearly a month. 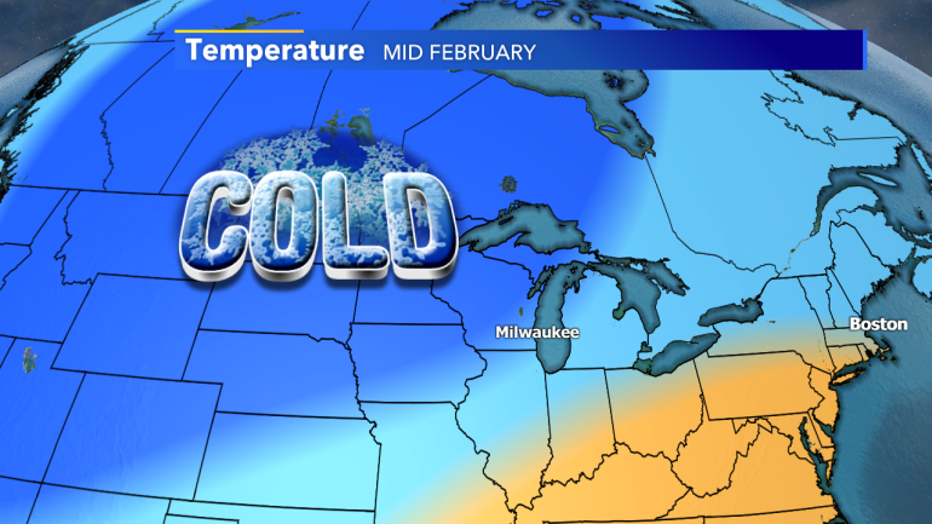 Arctic airmass moves farther South and drops a majority of the United States to below average temps for mid-February.

Generally, for the mid-portion of February, our average high gets above freezing for the first time since Dec. 18 but much of the upper Midwest will be well below that threshold. Low temps in the mornings will approach the single digits with colder temps farther northwest. 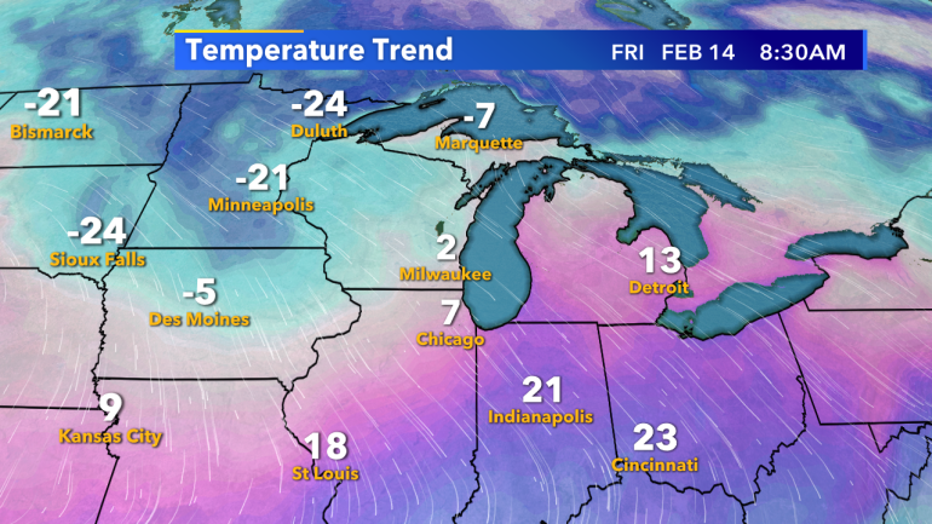 Likely our coldest stretch of low temps will come between February 13-15.

The entire mid-portion of the month you can expect below-average temperatures with a likely rebound by the end of the month as the Arctic airmass recedes back up north. Other than a couple glancing blows our winter has lacked the influence of colder polar air with this upcoming stretch as a great example.

To the date, the coldest temperature we've reached this winter was 5° on December 19th. Only two other winters on record has Milwaukee not reached a negative temp at least once during an entire season and that was 2001 and 2010. 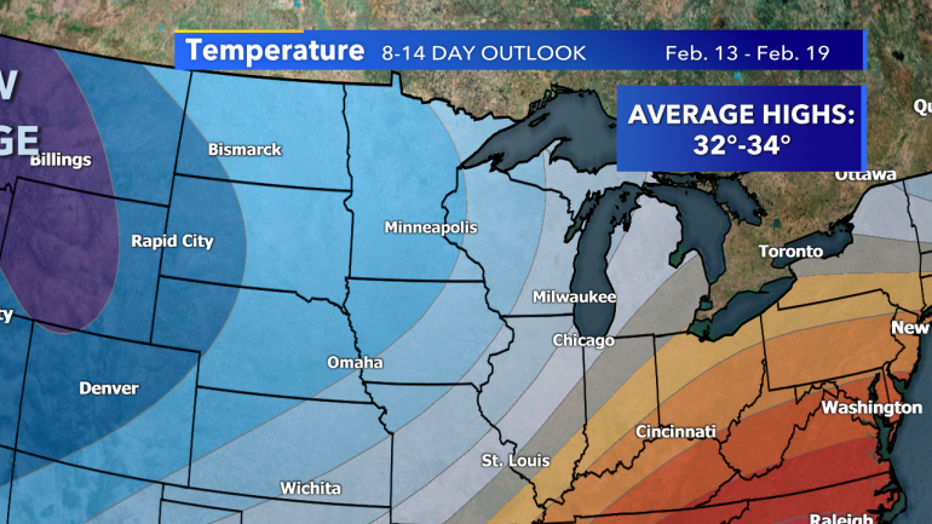 8-14 day outlook for the Midwest has most of the country in colder than average conditions between February 13-19.