MILWAUKEE -- The month of November was certainly chilly, with 21 days of below-average temperatures and one day of record cold weather. 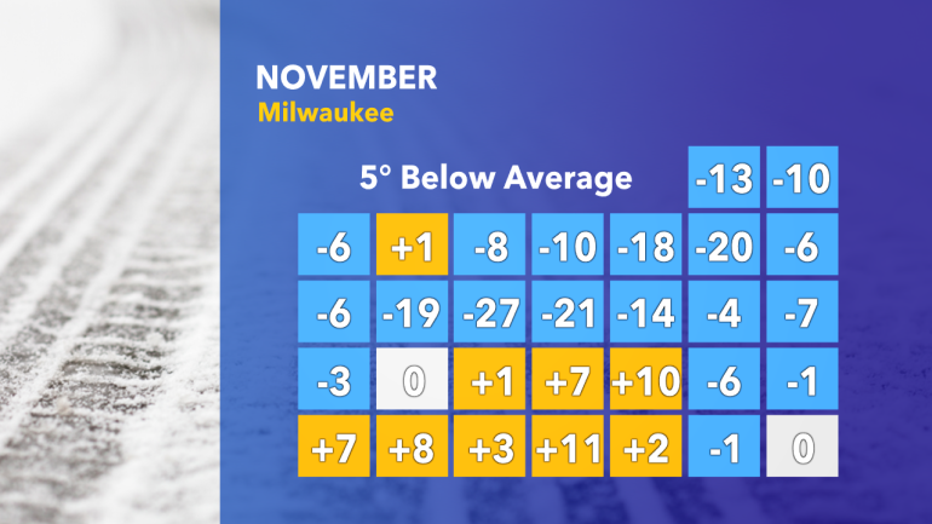 Following a colder than normal November, December has started off on the mild side with the first 4 days averaging 2 degrees above normal.

However, it is December in Wisconsin, and over the next few weeks, the pattern will allow a significant cold spell to affect the long-term forecast.

This cold spell arrives next week, as arctic air becomes dislodged from northern Canada. Temperatures could fall as low as 15 to 20 degrees below average for a couple days. 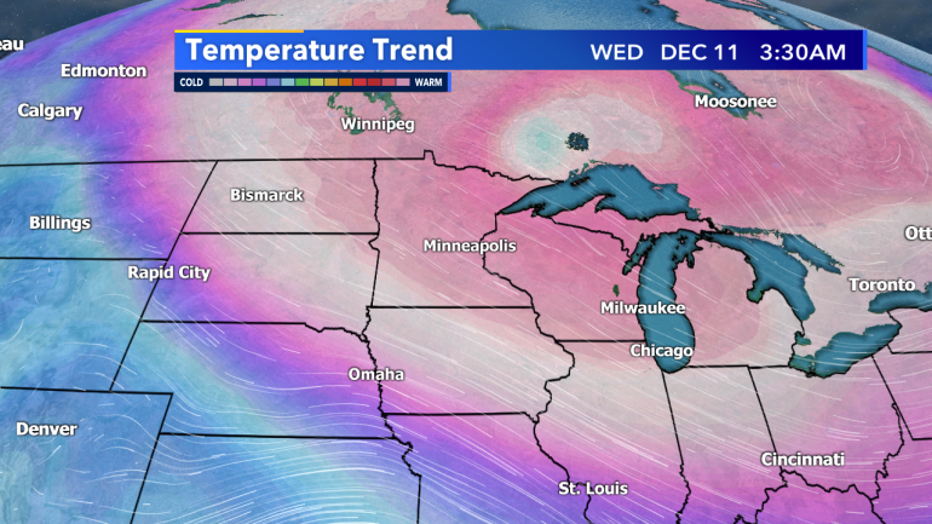 Although this is a big drop and could result in single-digit temperatures, it’s not expected to be as extreme of a drop as November’s where temperatures dropped 20 to 30 degrees below average.

The rest of the month, temperatures look to stay closer to average, resembling a “typical December”. 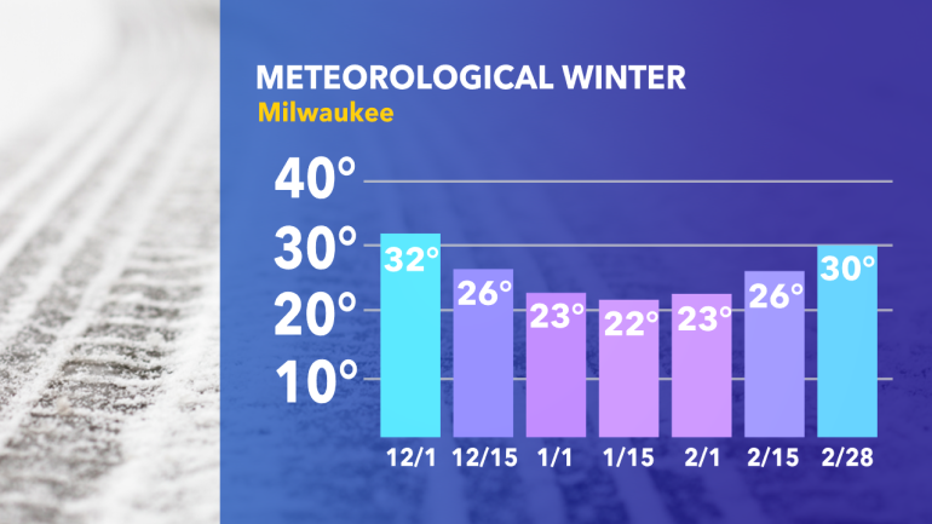 As for snowfall, the pattern remains relatively quiet for major snowstorms for southeast Wisconsin. 2-3 minor snow systems (less than 4”) are expected, with possibly 1 larger storm system towards the end of the month. December is Milwaukee’s second snowiest month on average, so the current forecast would be below average.