The passage of time is often difficult to grasp. That is the feeling I have today as I celebrate my 30th anniversary at WITI-TV Channel 6. In many ways it seems like yesterday when I first walked in the door for my job interview in early January 1982. And when I first went on the air in Milwaukee on the TV6 News at Noon with John Drilling on Monday, February 22, 1982, I had no idea what the future would hold.

I feel fortunate to have worked in local television during the time period when so many technological changes took place. I just missed out on the film era (fortunately!). Photographers would come back from news stories, develop their film, cut and splice scenes together, and then tack on the reporter's voice track onto the film. That was a chore that couldn't be done in mere moments.

Today our photographers shoot everything in high definition digital format. They can edit on their laptops and send the video back to the station via any local wireless connection.

I originally came to Channel 6 because the TV station purchased a graphics computer system for weather from Weather Central in Madison, WI. I was working for Weather Central, a private forecasting company that also developed cutting edge graphics for TV weather. Channel 6 saw a demo tape of the graphics system which just happened to be one of my weekend evening weathercasts on Channel 27 in Madison. They liked the way the graphics system looked and they also liked how I looked. That demo tape was an unintentional resume tape, too.

I have often said that a large part of my success is due to my wife's support and advice through the years. That support began when we decided to accept the job offer at Channel 6. It was not an easy decision. We were new home owners in Madison, my job at Weather Central was secure, and she was in graduate school working on her doctorate degree. She lived in Madison for three months trying to sell the house while I lived here, working every day. How did we do it? Good thing we were young! It was a move we have never regretted. 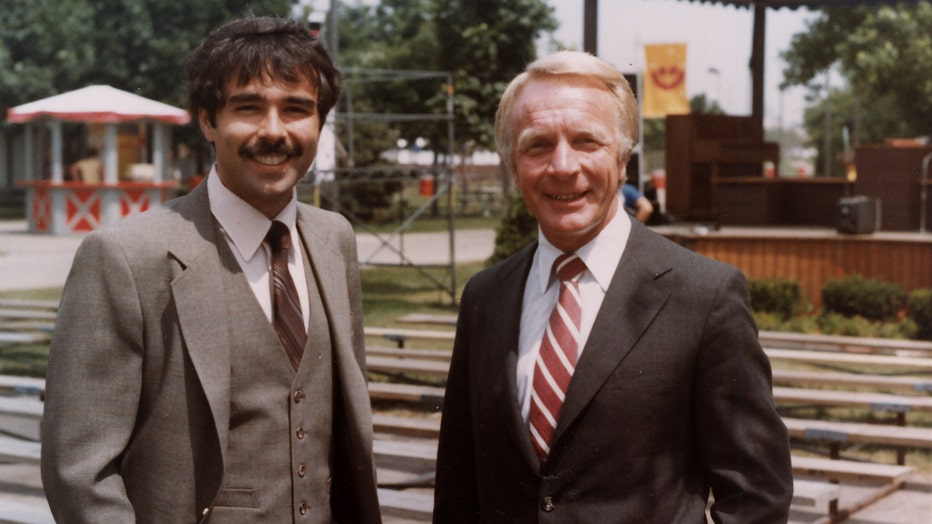 The television pace in the 1980s and first half of the 1990s was slower than today. When I first began, I worked seven days a week, appearing on the weather segments on TV6 News at Noon and a new show called Live at Five during the week, and the TV6

Our local TV audience is split many different ways today compared to the early 1980s. Back then, if you wanted to see the local news and weather, you needed to be there in front of the TV when the newscast was aired. Today there are dozens of sources for news, and you can get it right now - no waiting. So our forecasts are constantly being updated on-line and on the air. We even produce separate weathercasts for our website 4 to 5 times per day. 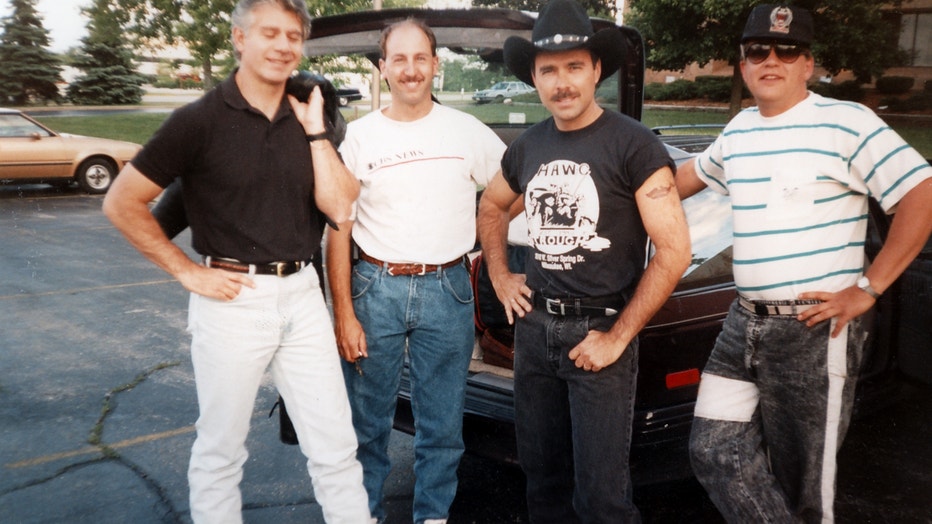 I have been fortunate to work in a stable environment. In my tenure at Channel 6 I have worked under 3 general managers and 5 news directors. That is unusual in a 30 year period at a local TV station. Management turnover is typically much greater. An

Although it sounds like a cliche, this has very much been a dream job for me. Keep in mind that I was bitten by the weather bug at an early age. At 5 or 6 years old I was a full blown weather geek. Since there wasn't The Weather Channel to watch continuously, like some weather fans do now, I would check out weather books from the library, and my parents would buy me weather books for my birthday and Christmas. 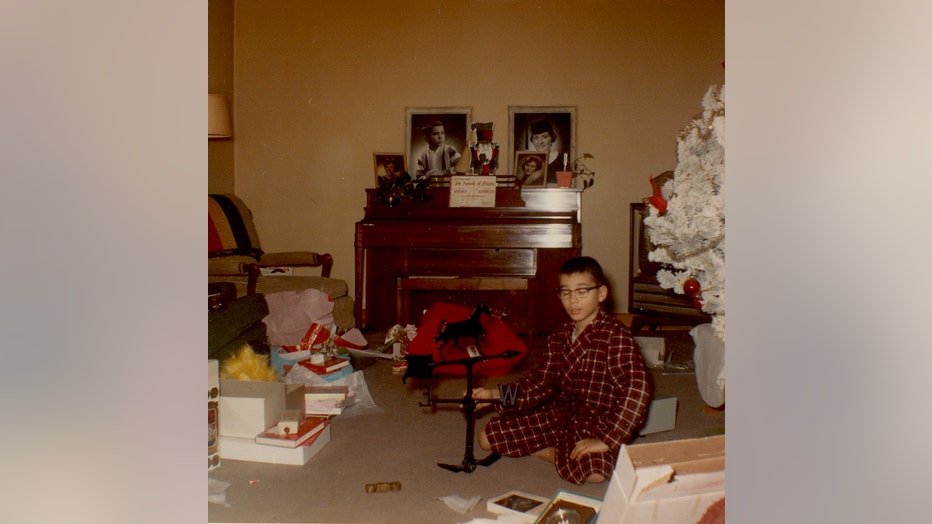 I grew up in the Chicago suburb of Lombard watching local broadcast meteorologist Harry Volkman. I would write him letters and he would write back to me, which I thought was pretty cool. I became his Lombard weather observer and would call the TV sta

Nearly 40 years later I was honored by the American Meteorological Society as their Broadcast Meteorologist of the Year. Harry Volkman was at the awards ceremony and it was a full circle moment to have my picture taken with him. He also autographed a weather book my mother gave me as a youngster. In the front of the book she had written: "May we see you someday replacing Harry Volkman on TV." Harry got a kick out of that. 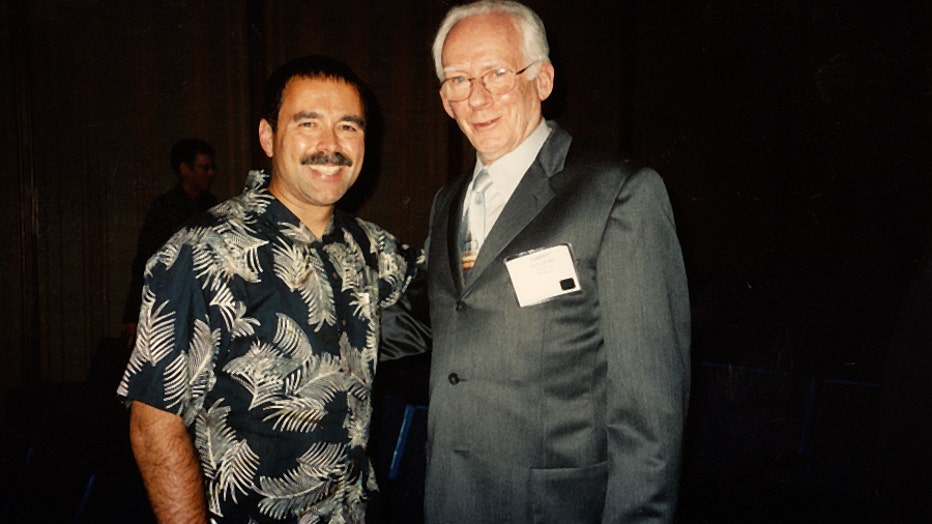 Even though I graduated from Purdue University with a Bachelor of Science degree in Meteorology, I had no intention of being a broadcast meteorologist. I went on to graduate school at UW-Madison and earned a Masters Degree in Meteorology and began wo

I shouldn't have been surprised. When I was 9 or 10 years old I used to "broadcast" weather reports in our basement. My dad taped a large map of the United States onto a metal sheet. I would make colorful weather symbols such as clouds and the sun (just like Harry Volkman used on TV) and attach magnets to the back of them. This allowed me to stick the symbols on the map and move them around the country as I explained the weather to our imaginary viewers. My cousin played the part of the news anchor, reading sections of the Chicago Tribune out loud. We even brought in several desk lamps and pointed them at us to simulate the studio lights!

So I suppose this career in broadcast meteorology was predetermined at a young age. It's all gone by in the blink of an eye, but I couldn't be luckier. Thanks to all of our viewers for tuning in night after night. Here's to a few more years at Channel 6. Cheers!