Snow forecasting is single-handedly why meteorologists never have a full head of hair. It makes us pull our hair out, and Friday's, Dec. 9 system is no exception.

A broad system of rain and snow will move into the upper Midwest giving southeastern Wisconsin and much of the state widespread snow chances. However, where the highest totals set up is all depending on a few important factors. 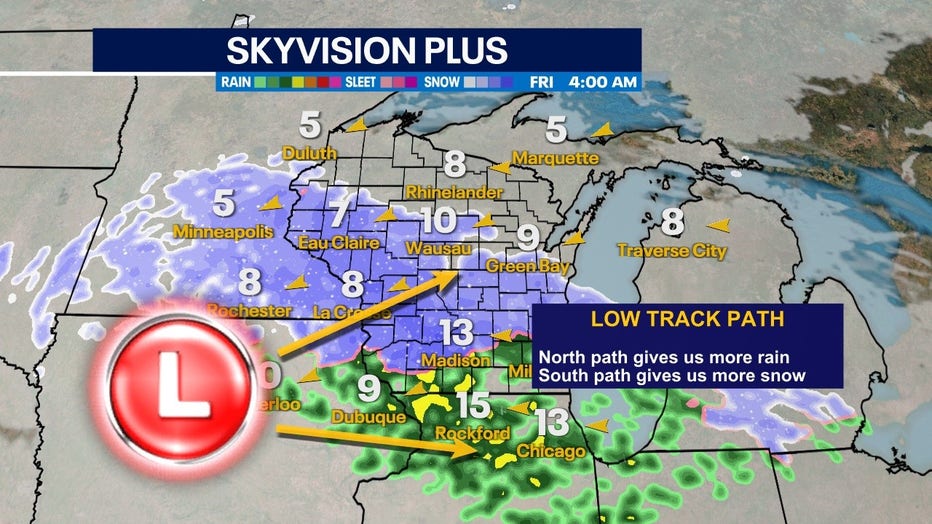 The most important detail is how the low of the system moves through the state. With a more northern path, we stay too warm and mostly see rain in the region. If the low track stays south, we have a higher probability of bigger totals – especially in the central part of the state because of colder air. 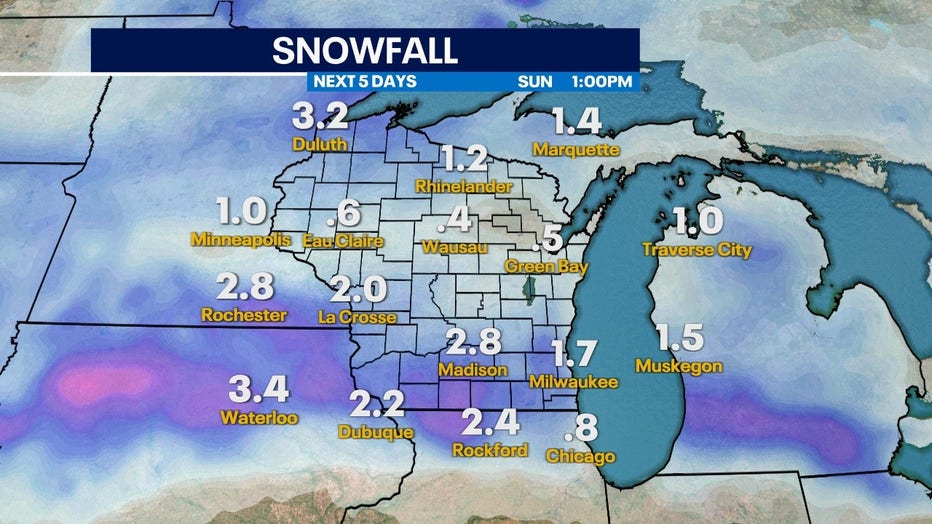 Either way, there will be bands of impactful snow in the state. The European Model keeps the highest totals south of Madison and to our west. This keeps our snow totals around 2 inches or less for much of southeastern Wisconsin. 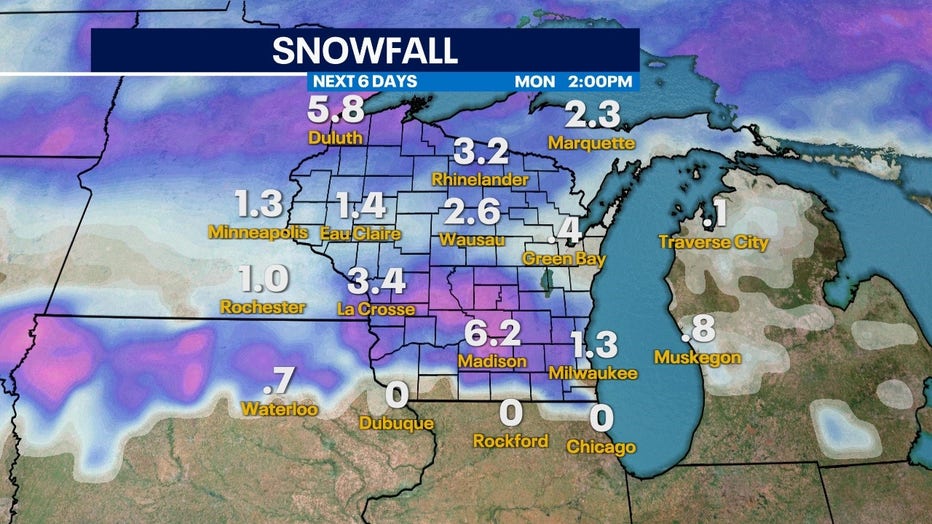 The American Model pushes the highest totals farther north and gives areas around Madison over half a foot. Southeastern Wisconsin could see areas of 4 inches but as of now, it's still too early to know for certain.