Meteorologists at FOX Weather are keeping a close eye on the forecast from the mid-Atlantic to New England this weekend as a powerful storm system could develop and bring snow, wind and coastal flooding to the region.

Computer models are coming into better agreement on the development of a strong low-pressure system off the East Coast, which is projected to move northeast along the coast late Friday into Saturday. 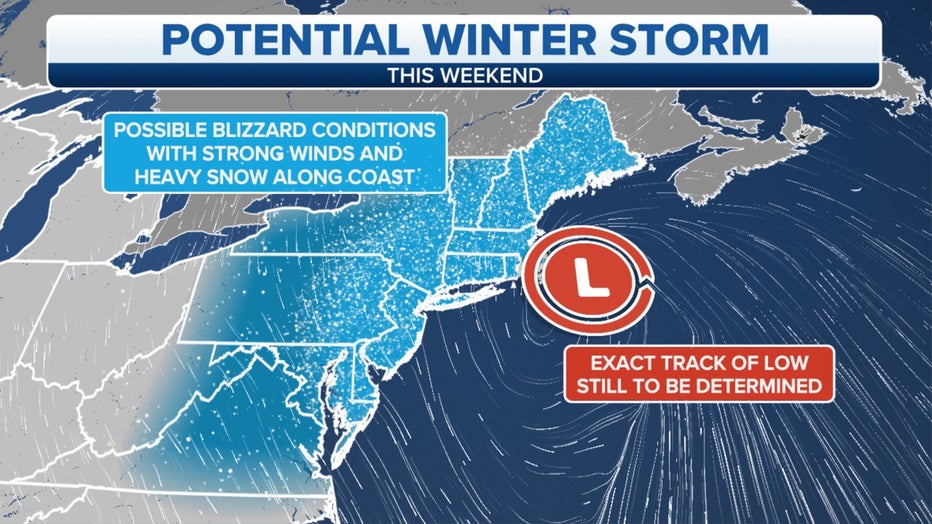 A powerful low-pressure system is expected to track along the East Coast of the U.S. this weekend, producing heavy snow in the Northeast. (FOX Weather)

WHAT MAKES A STORM A NOR’EASTER?

"How much snow, how strong the winds will be and the level of coastal flooding is uncertain at this lead time," Diamond said. "Those details will be locked down in the coming days." 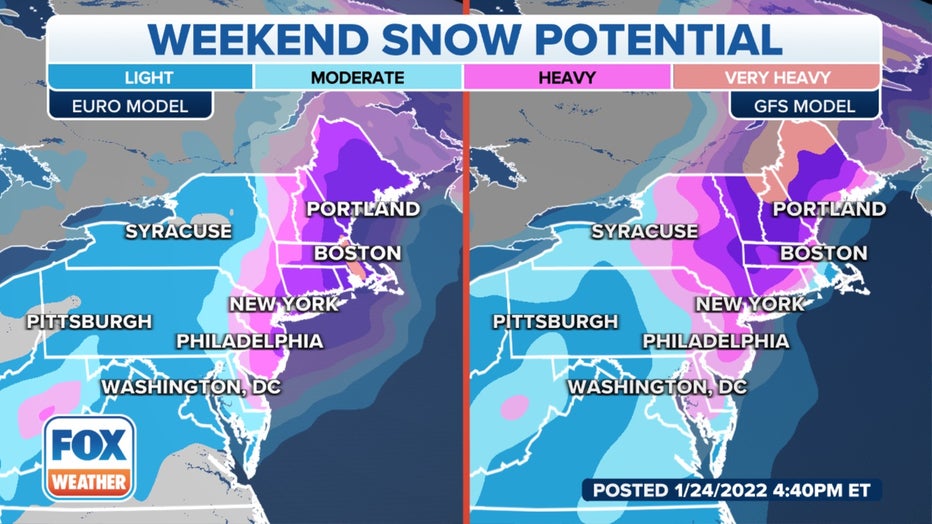 Ultimately, the position of the low-pressure system will determine how this event will unfold. All forms of wintry precipitation – snow, sleet and freezing rain – are possible with this storm. This would lead to significant travel impacts for a large part of the northeastern U.S.

Diamond said there is also uncertainty regarding the southern extent of the snow, which is why everyone from the mid-Atlantic to New England should be paying attention to the forecast, especially people living in the heavily populated Interstate 95 corridor. 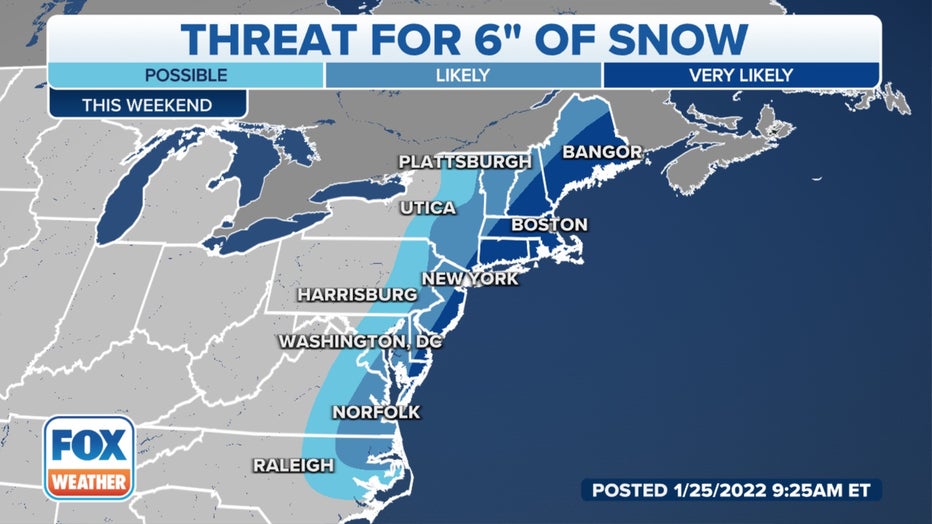 Download the FOX Weather app for the 24/7 livestream, plus the latest forecast and weather alerts for your location.