MILWAUKEE - November 2020 hasn't had a single instance of accumulating snowfall so far. But that changes Tuesday, Nov. 24 as a messy system of a wintry mix heads our way.

In the early hours of Tuesday, Nov. 24 cold upper-level air will be able to support snow reaching the ground as light to moderate rates move in between 6 a.m. and 9 a.m. Areas closest to Lake Michigan will likely stay too warm to see much accumulation but farther inland spots could receive a quick 1"-2" of snowfall by midday. 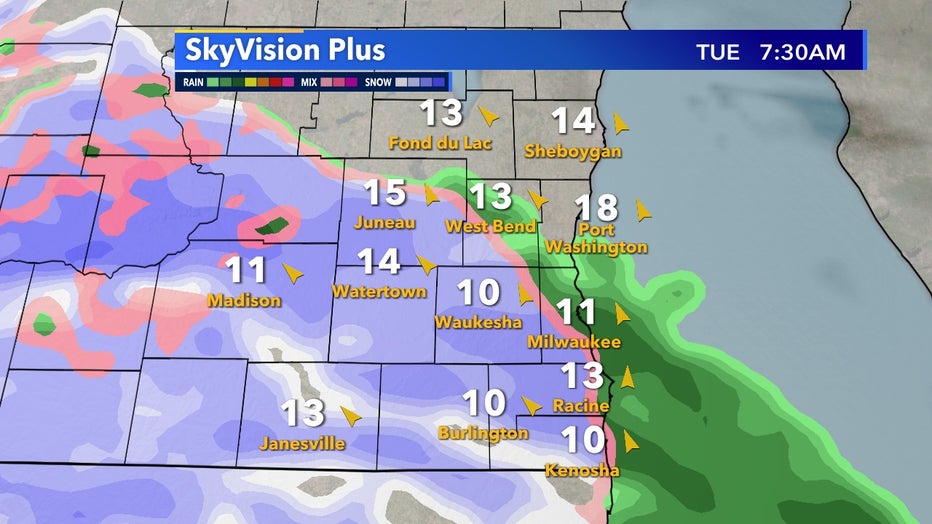 As the day goes on elevated warmer air starts to melt most snowfall before it reaches the ground and southeast Wisconsin will mostly transition over to rain. Road temperatures are still well above freezing but slushy conditions will be possible Tuesday morning, Nov. 24 so please travel with care.

Grassy surfaces could see decently accumulations especially away from the lake. Likely the highest totals will be in the interior of the state but as much as 3" is possible west of Waukesha and West Bend. 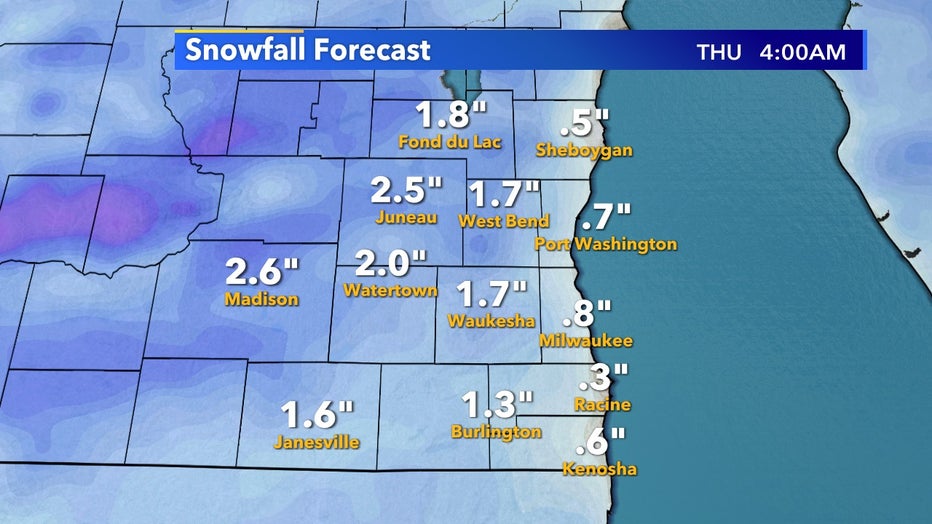 In the afternoon of Tuesday, Nov. 24 the story transitions over to rain. Light to moderate showers will persist on and off through the afternoon and evening likely melting whatever snow we do receive.

Periods of just cloudy skies will occur but rain potential continues into the evening. 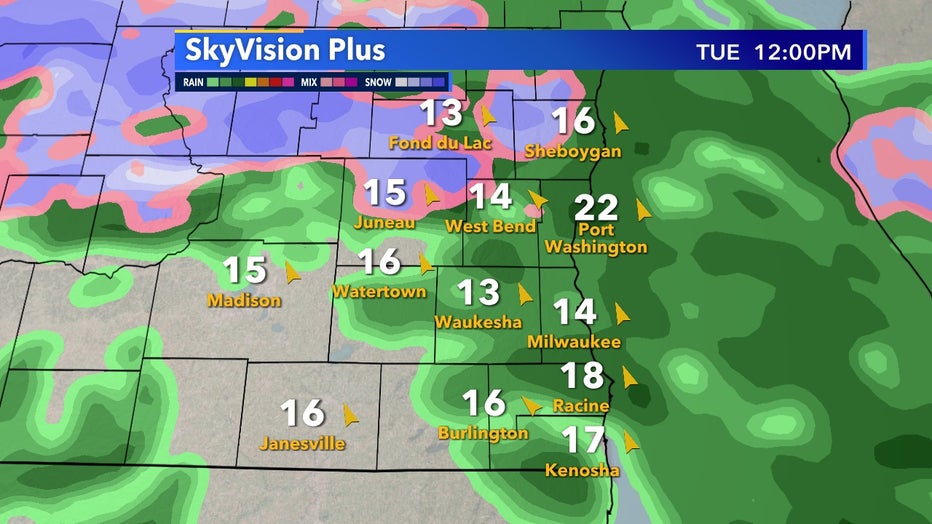 By the evening, it's even possible heavier rain rates are possible with isolated cells that could produce rumbles of thunder.

By the time Wednesday morning, Nov. 25 comes around much of the rain will become patchy and isolated but rain chances will persist throughout the day Wednesday into early Thursday, Nov. 26. 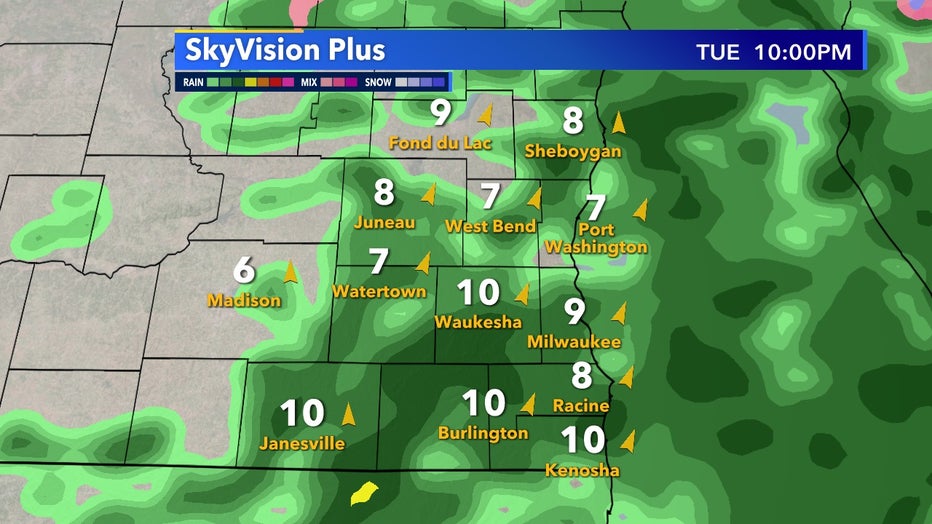 The general rule of thumb is that for every inch of rain you receive the snow equivalent is roughly one foot. This is due to snow being much less dense than liquid water and is especially drastic in mountainous regions.

Rainfall forecasts put most of southeast Wisconsin at around half an inch by the end of our heaviest rainfall.

For fun, if this system occurred when it was colder such as late December a similar system completely comprised of snow would produce nearly half a foot of the white stuff. That will not happen in this instance but generally low patterns such as this in the dead of Winter are some of our biggest snowmakers of the year. 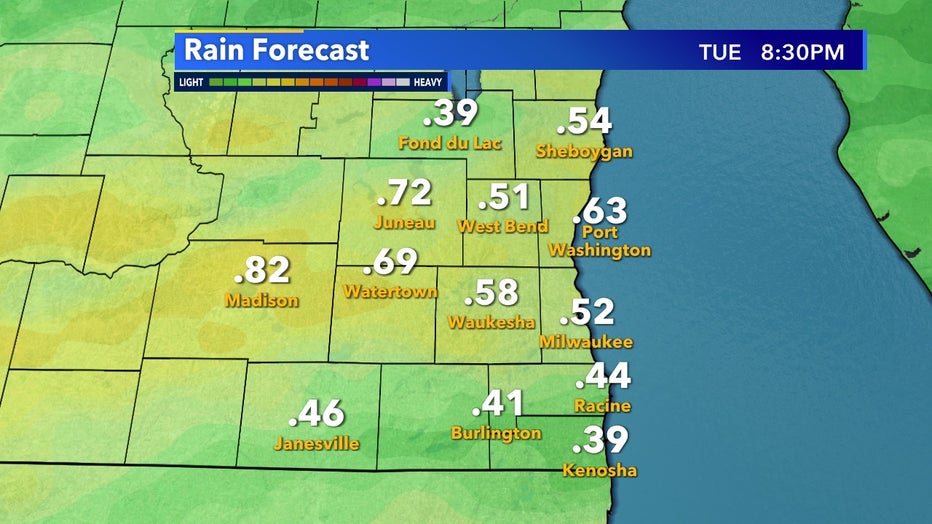