We started April with five days in a row of 70°F+ temperatures and were on a record pace for the month but since April 7 we've struggled to even get to average. At the end of April, southeast Wisconsin is generally in the upper 50s for highs but finally warmer than average conditions are in the forecast to end the month.

From Tuesday, April 27 through the start of May a majority of the Great Lakes region will be favored to see warmer than average conditions. 70s will definitely be possible heading into the new month. 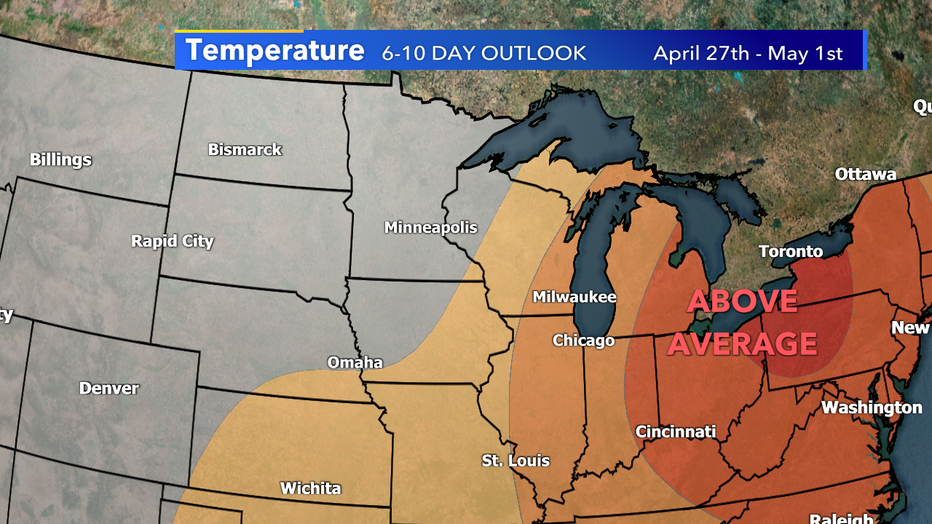 A ridge of warmer air builds in the Great Plains and will continue to keep colder Canadian air well to the north. Neighboring states, such as western Iowa, will likely get into the 80s during this time. 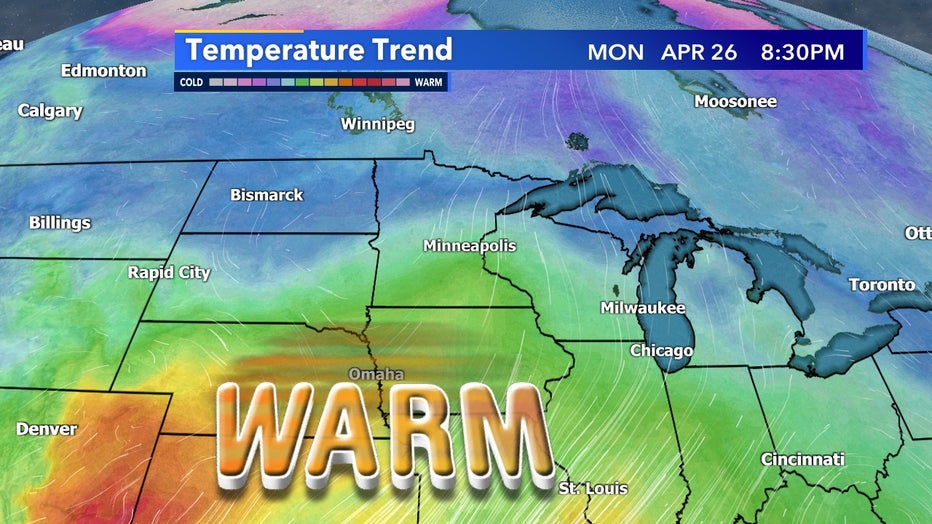 Ridge of warmer air that builds to start next week

The batch of snow we received on April 21 just might end up being our last of the season, if trends hold. Now, it isn't impossible we don't see another freeze but it is becoming less and less likely looking at long-term averages.

The latest freeze on record for the Milwaukee area was May 27, 1961 where we dropped all the way to 29°F for a morning low. So it's not impossible but highly unlikely. 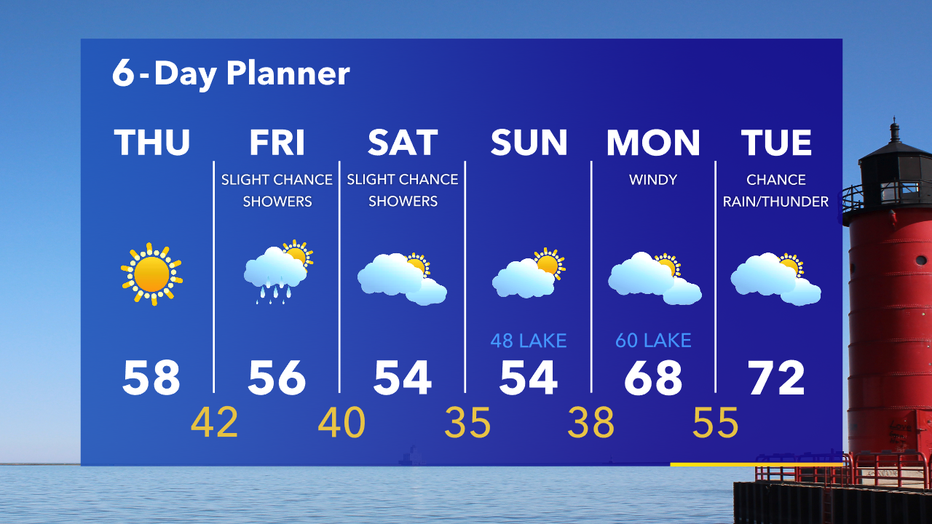