KENOSHA -- The first major snowstorm of the year had a major impact on roads and more in southeastern Wisconsin Monday morning, Nov. 26.

Classes were canceled at dozens of schools in Kenosha, Racine and Walworth counties Monday because of the dangerous travel conditions. The snowstorm also left about 5,000 We Energies customers without power, mostly in Pleasant Prairie, but power was nearly totally restored by late Monday afternoon.

While the far southeastern corner of the state was dealing with blowing and drifting snow, counties just to the north had no snow. But south of Wisconsin, up to a foot of snow buried the Chicago area and whiteout conditions stalled commuter traffic. Hundreds of air travelers trying to make it home after Thanksgiving were dealing with canceled flights.

Six inches of snow fell in Kenosha, but it was the wind that was causing drivers the most problems, with gusts of up to 40 miles-per-hour.

Plow drivers were out working all night on Sunday, Nov. 25 -- but conditions were still dangerous Monday morning. Drivers were urged to stay off the roads if possible. 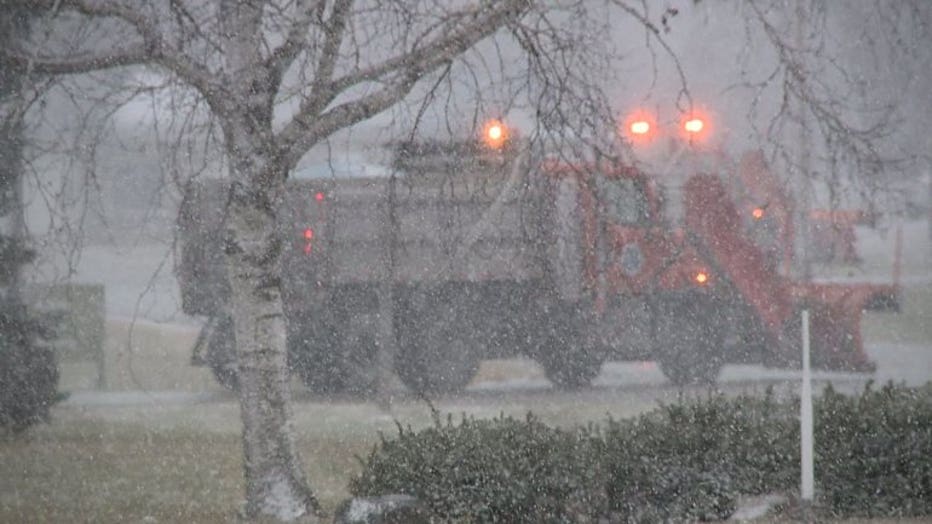