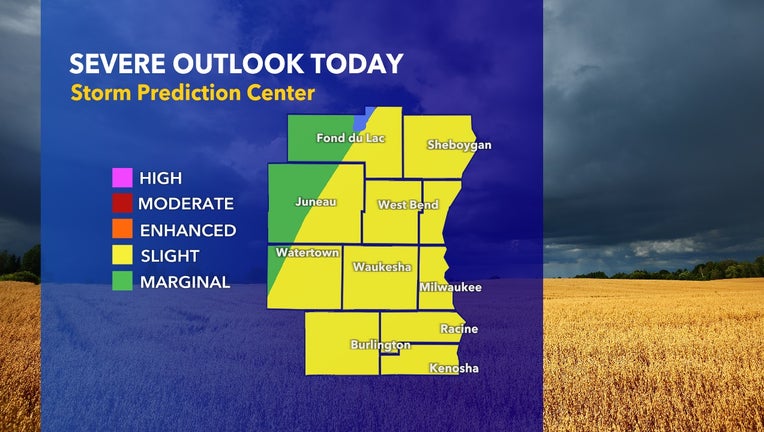 MILWAUKEE - Severe weather chances are back in the forecast throughout southeast Wisconsin Wednesday afternoon. April 13 mainly between 1 p.m.- and 5 p.m.

Just about all of our region is included in a slight risk, a level 2 of 5, which means isolated severe storms will be possible as a cold front moves through the area. The highest severe threat for the day will be in southern Illinois, eastern Missouri, eastern Arkansas where they'll be under a moderate threat for severe storms, a level 4 out of 5. 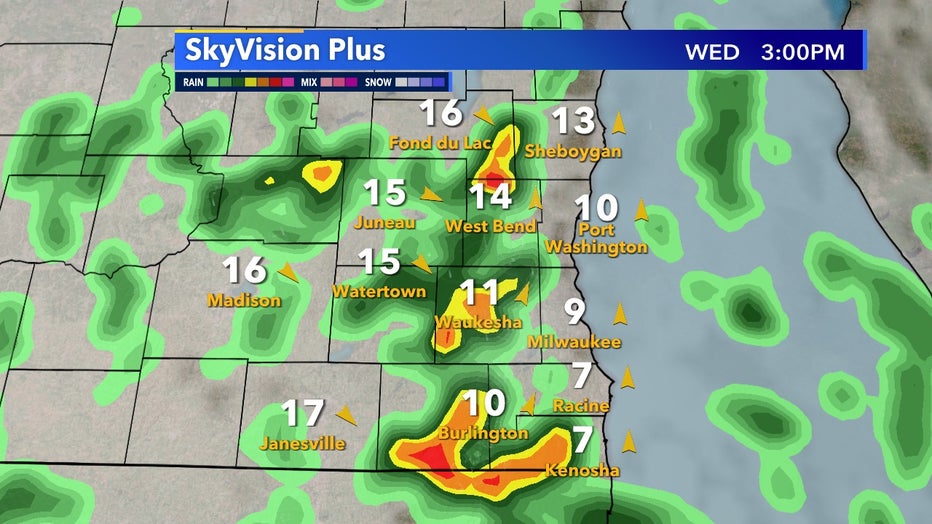 SkyVision Plus for Wednesday 3pm, Apr. 13

Starting in the afternoon, April 13 most of the storms will stay quite isolated but, thanks to warm temperatures and high amounts of moisture in the air, will have no problem becoming severe briefly.

Again, the main timeframe for severe storms will be between 1 p.m. and 5 p.m. During this time, damaging winds and hail are the main concerns. 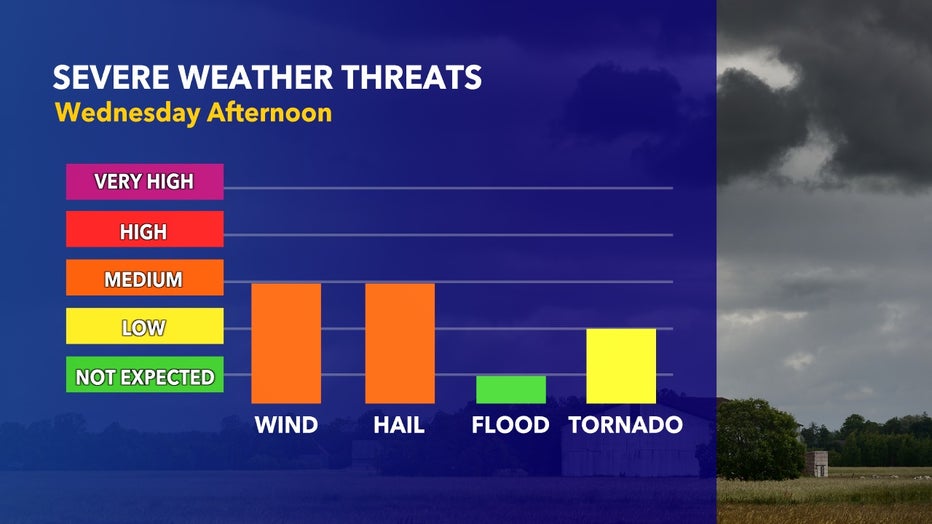 While we will get decent rain in some areas when it's all said and done the flood concern is not expected. Tornado potential can never be totally be ruled out with severe weather but our risk for it today, April 13 is low.

Storms become more organized as we head into the late afternoon. Widespread heavy rain and gusty winds will be possible. Once this main wave moves through our rain chances become much more scattered. 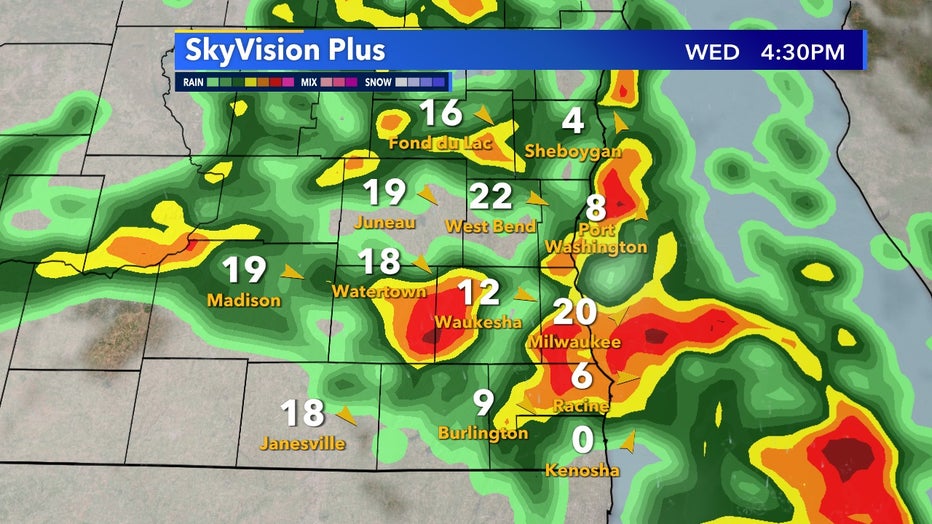 By 11 p.m., April 13 the cold front finally clears us and so will our rain chances. Gusty winds take its place as temperatures drop heading into the rest of the week. 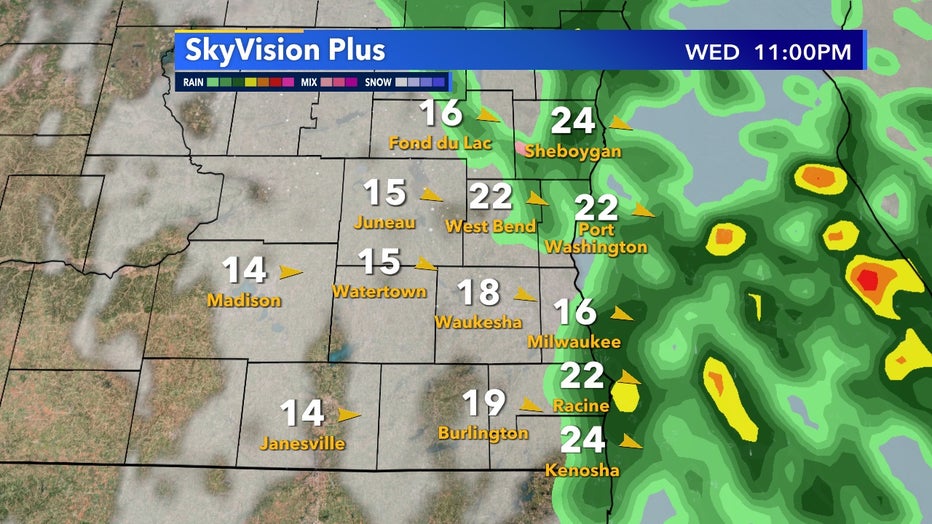 SkyVision Plus for Wednesday 11pm, Apr. 13

Enjoy the 60s while we have it because once this system passes our temperatures struggle to reach average for the next week.