SOUTHEAST WISCONSIN -- Our next system of concern tracks out of the Rockies this weekend and starts dropping snow Sunday morning, Feb. 9. The first punch of snowfall will likely reduce visibility and be heavy in some spots. 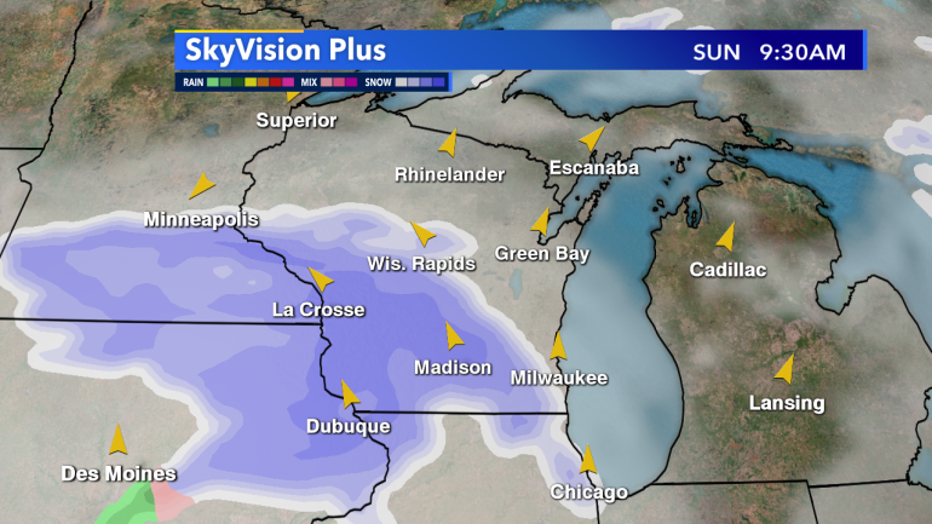 Skyvision Plus has snowfall set to begin around 9am Sunday.

Throughout Sunday, Feb. 9 we'll have periods of moderate to light snowfall with the heaviest and best chance for accumulations coming in the afternoon. Wind speeds could pick up to over 20 miles per hour, so travel in the afternoon will be the most hazardous. 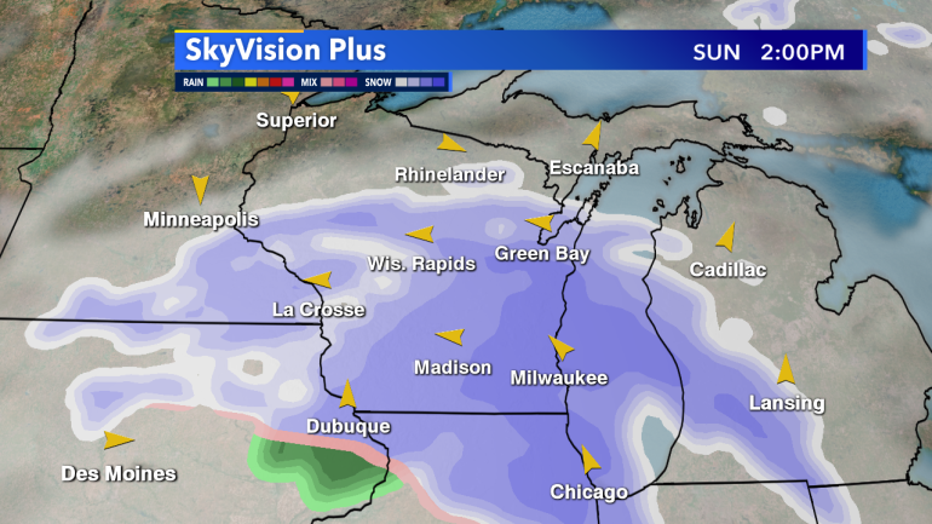 Skyvision Plus gives us our heaviest snow Sunday afternoon, Feb. 9

Snowfall starts to taper down late Sunday night, Feb. 9 with just a few chances for flurries later on. This will only be a one-day event. Best especially west & central Wisconsin will be impacted the longest. 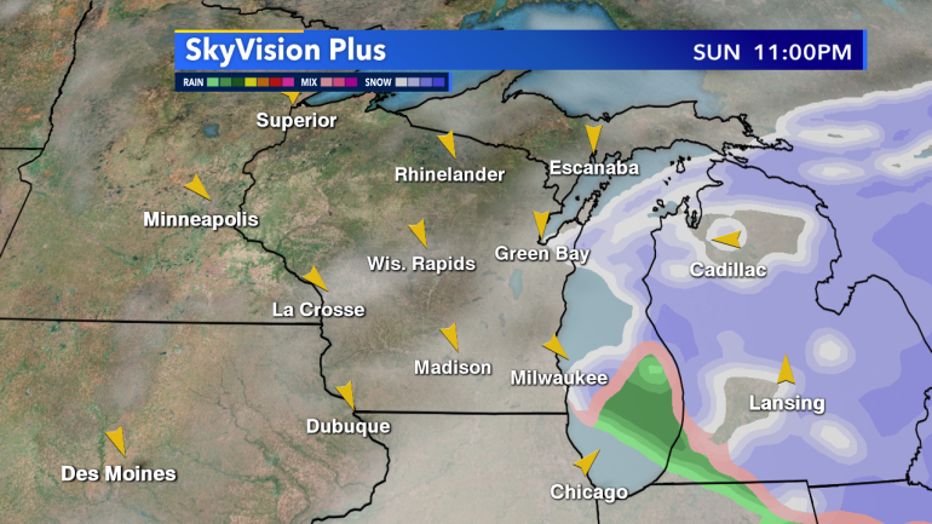 Skyvision Plus has snowfall coming to an end late Sunday night, Feb. 9

When it's all said and done, most of us can expect between 1"-5" with higher amounts in western Wisconsin. The main uncertainties at this time are how organized this system is early Sunday, Feb. 9 and how much accumulates in the afternoon. The track of the system could very easily drift north and reduce SE Wisconsin's accumulations. If you are traveling west, be advised areas closer to the Minnesota border will see the most from this storm with snow totals well over 6". 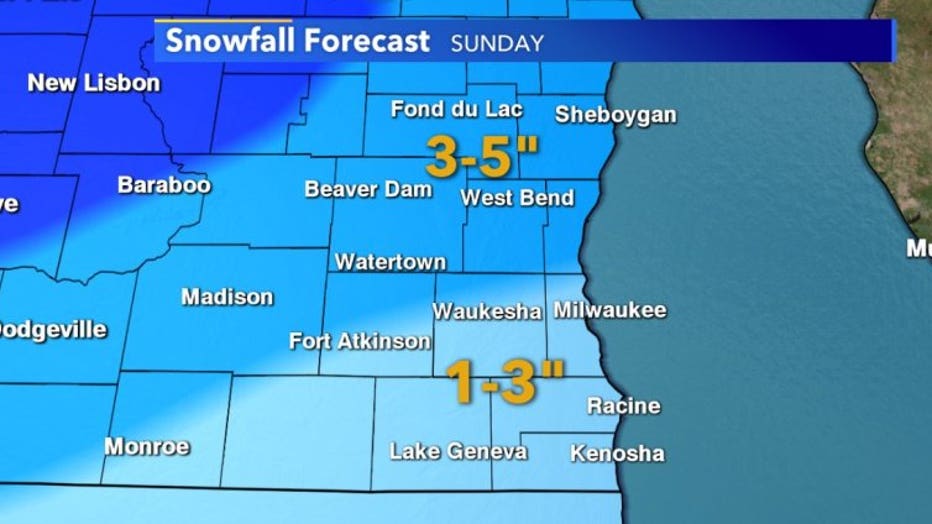