MILWAUKEE - The last time we had two straight days at or above-average temperatures was back on March 20th and 21st. But finally, it looks like some light at the end of the tunnel as average conditions return for the second week of April.

Our long-term periods of arctic air seem to finally drift northeast by April 5. It's still possible we'll have some cool downs this spring, but the extended patterns of cold are much less likely. 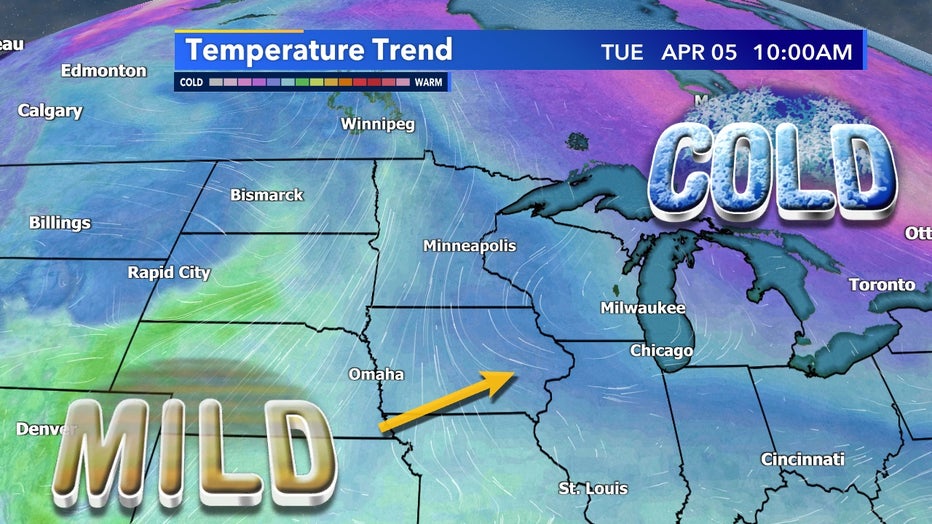 Mild and seasonable conditions move in by next week

Between April 4 and April 8 near-average conditions are likely from Wisconsin all the way down to Louisiana. The high temperatures during this time will likely be near the low 50s.

As lows get high and high above freezing, don't be surprised if all this wet weather kicks Wisconsin's plants into overdrive – and we start seeing green in no time. 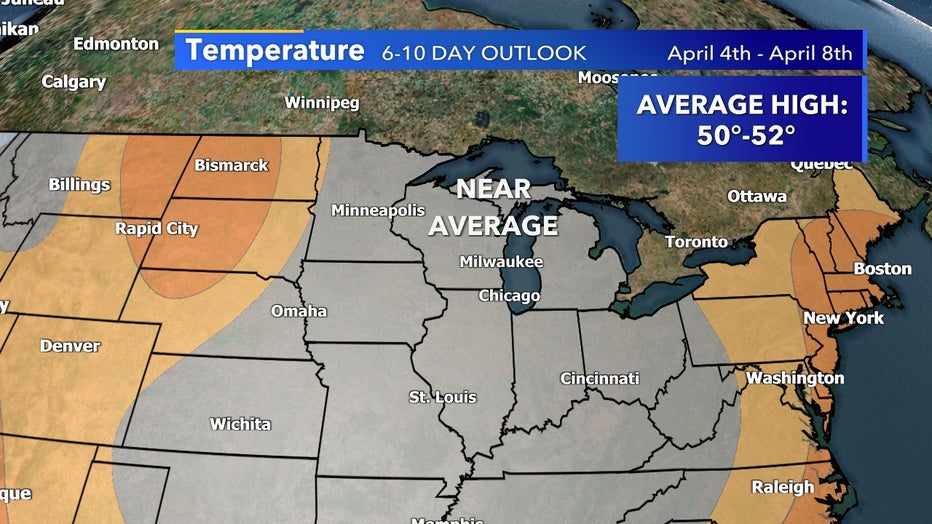 6-10 day temperature outlook for the Midwest

The Milwaukee Brewers announced Vanilla Ice, Naughty by Nature, and Rob Base will perform in a postgame concert at American Family Field on Saturday, May 21.