MILWAUKEE - In the last week, Milwaukee has seen temperatures in the 60s multiple times, but it might take until the second week of April to have that kind of weather again.

The first week of April continues to favor cooler than average conditions to start off the new month. Average highs at this time are near 50ºF but likely we'll struggle to get into the 40s for highs. 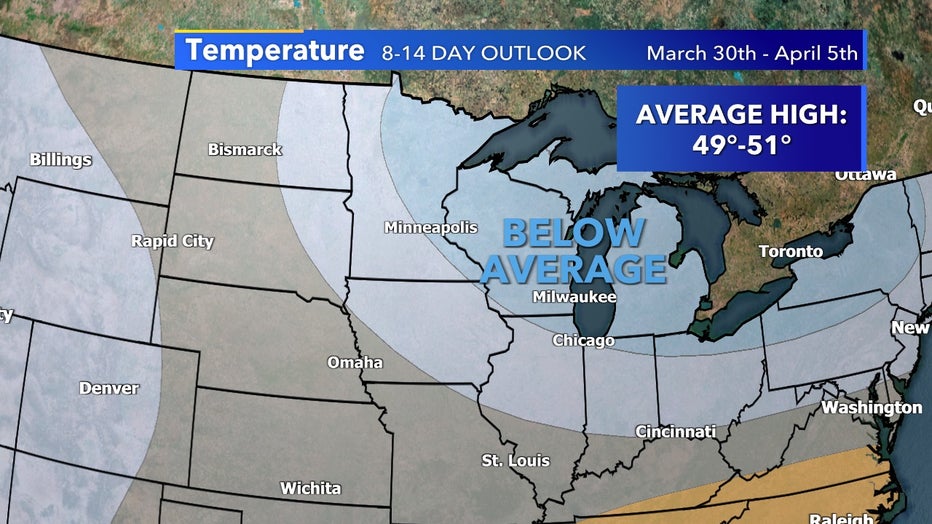 A big reason for this shift is the influence of northern air. These last two rainy systems continue to be followed by NW flow which continues to dip down Canadian are into our region.

These cold air masses continue to push high pressure from to the southeast and is helping areas such as Florida stay well above average temperature-wise.

Bunker down and keep the expectations low for temperatures for the next couple of weeks!