Another chance of snow moves in on Saturday morning, April 2 but don't worry this time accumulations are much less likely. While some of us still might have snow on the ground leftover from Thursday, March 31, it won't last much longer.

We'll have an opportunity of a dusting before it switches over to rain. Isolated locations could see more, but the general pattern will give the western part of the state the most snowfall. 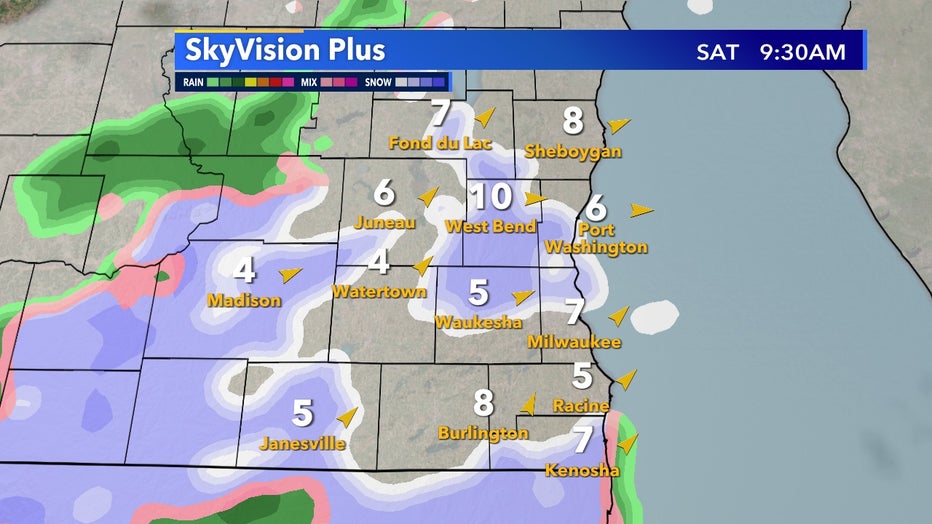 SkyVision Plus for Saturday morning, Apr. 2 at 9:30 AM

By late morning and the afternoon Saturday, April 2 most the precip in southeast Wisconsin switches over to rain and will continue to fall into the evening. Not exactly the best start to the weekend but it will melt any snow we get quite rapidly. 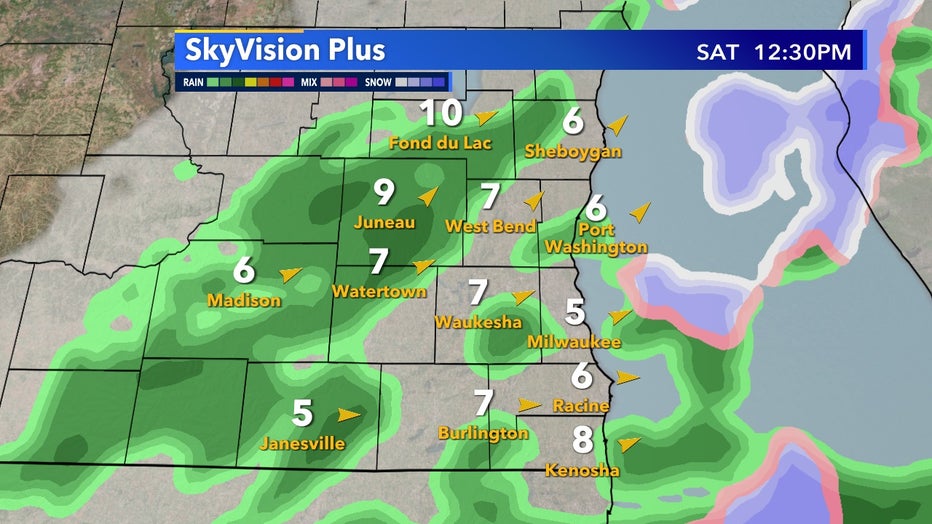