ORLANDO, Fla. -- As the 2020 Atlantic hurricane season officially began on Monday, June 1, an area in the Atlantic is developing into what could be our next named storm.

FOX 35 Meteorologist Kristin Giannas is tracking an area in the tropics for possible development. It will soon move into the Bay of Campeche and is currently just an area of disorganized showers and thunderstorm activity. 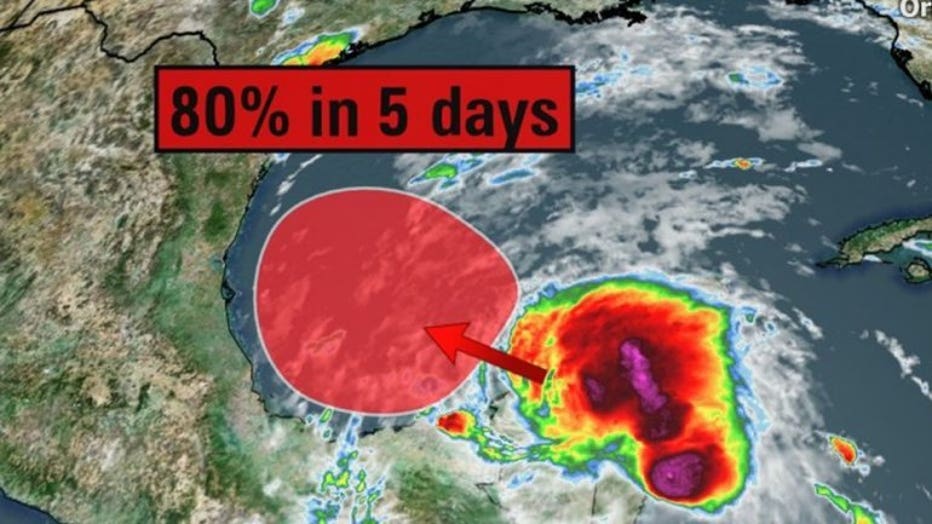 If it develops into a named storm, it will be called Cristobal.

It should hang out in the Gulf of Mexico and eventually go towards Texas and Mexico, not affecting Florida. It will bring along lots of tropical moisture with it.

Forecasters have predicted that the season will have more activity than normal. For example, National Oceanic and Atmospheric Administration (NOAA) predicted an above-average season, with 13 to 19 named storms. 6 to 10 of those would become hurricanes and 3 to 6 of those are forecasted to become major hurricanes (category 3 or higher).

Tropical Storm Arthur and Tropical Storm Bertha have already formed in the Atlantic this year, developing before the season even began.

In comparison, the 2019 Atlantic hurricane season had 18 named storms, matching 1969 for the fourth most-lively season in the past 150 years.