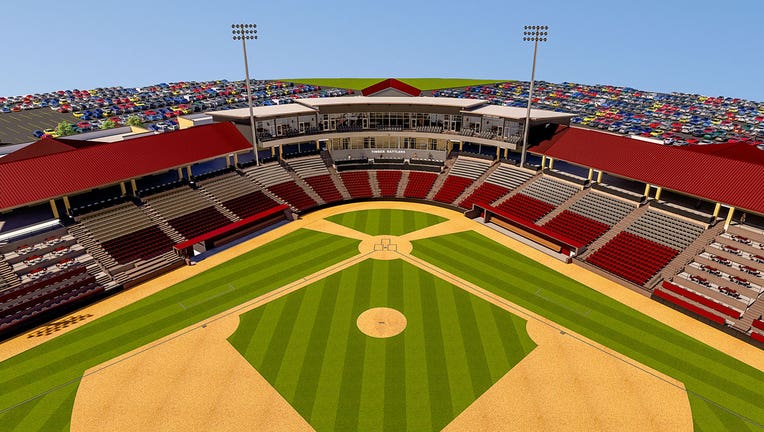 GRAND CHUTE, Wis. - Neuroscience Group Field at Fox Cities Stadium will look a lot different when the Wisconsin Timber Rattlers take the field in 2023. Third Base Ventures, the owners of the Rattlers, announced on Thursday, Sept. 29 a major renovation project for the home of the Midwest League affiliate of the Milwaukee Brewers.

The project will be undertaken by Appleton-based Boldt Construction with the design provided by Pendulum Studio, an architectural firm out of Kansas City, Missouri specializing in baseball/sports stadiums. Boldt built the stadium, which opened in 1995. Both Boldt and Pendulum worked together on the most recent renovation after the 2012 season. 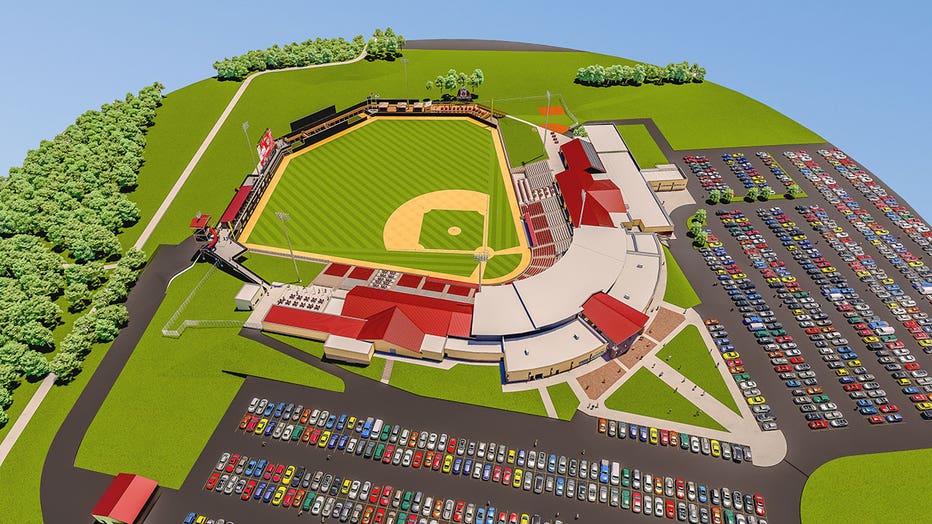 This set of stadium renovations has been developed to meet the new standards for Minor League Baseball facilities as set forward in the Player Development License granted to the Third Base Ventures in 2020.

There will be new seating areas, improved player amenities, an expanded concourse that will encircle the entire stadium, and an eye-catching three-story slide as part of this stadium upgrade.

The slide, a fixture of Milwaukee Brewers baseball for years, is an homage to the Timber Rattlers parent club.  There will be one difference between the slides.  The slide at Neuroscience Group Field at Fox Cities Stadium will be available for all fans to use during games. 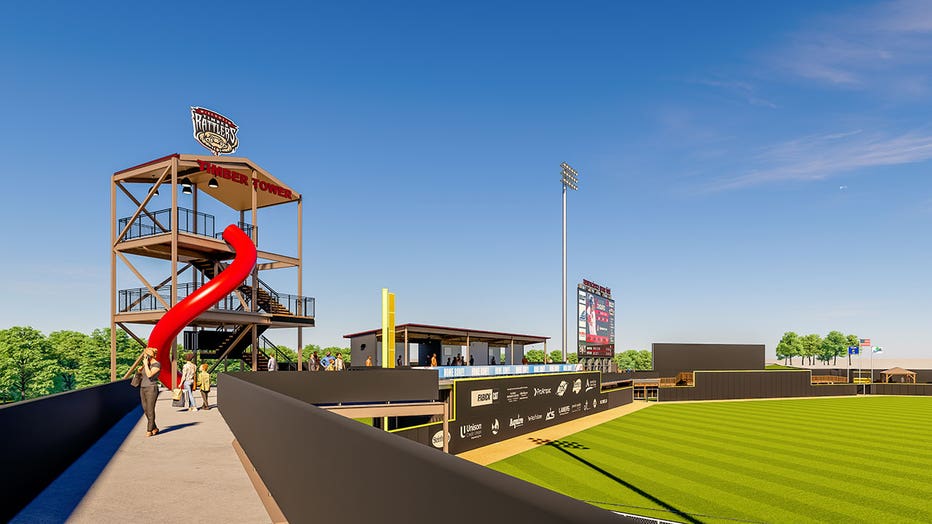 The existing concourse will be widened by pushing handicapped seating towards the field while increasing the capacity for those fans in wheelchairs.  Fans will now be able to walk around the entire field as the existing boardwalk will be connected to a new walkway and seating area above the left field wall that will wrap around to the area near the Festival Grill and Brews on Third.

The seating area above the left field wall will feature three covered, open-air suites as well as additional ticketed seating and general admission seating.   Each of the three outdoor suites above the outfield wall will seat twenty with food and beverage options.  The three suites may be combined into one 60-person suite for larger groups.

Another new area for fans is the Home Plate Club, an all-inclusive picnic area directly behind the box seats in Sections 100, 101, and 102, to accommodate groups of 75 or more. This area will include a mixture of drink rail and high-top table seating with a 90-minute all-you-can-eat buffet that includes food and two beverages per person.

Construction for the renovation has already begun and is scheduled to be concluded in time for the start of the 2023 season.  Parking at the stadium will be restricted to the West lot during the renovation project.