INDIANAPOLIS — The Wisconsin Badgers will square off against the Penn State Nittany Lions on Saturday evening, December 3rd -- at the Big Ten Championship game at Lucas Oil Stadium in Indianapolis.

Meanwhile, Penn State running back Saquon Barkley is someone Badgers fans should pay close attention to. He was honored Wednesday as the Big Ten offensive player of the year. 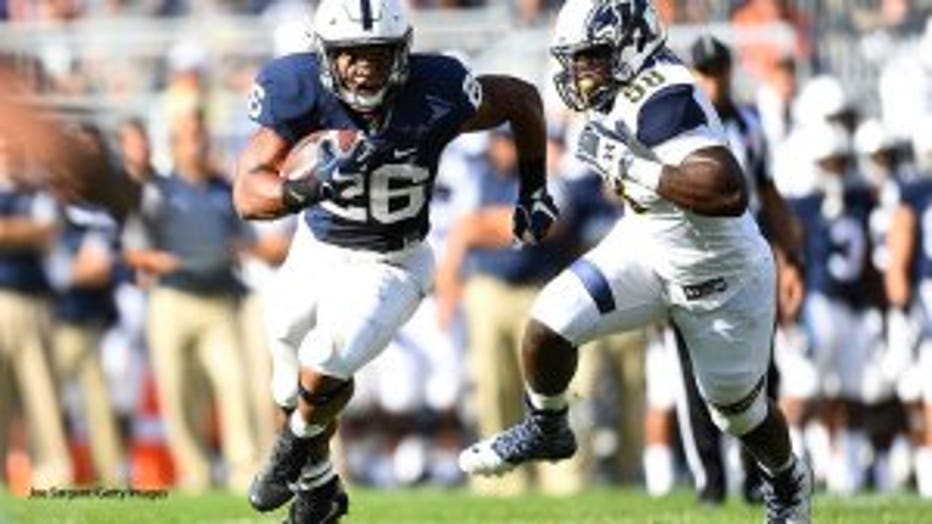 STATE COLLEGE, PA - SEPTEMBER 3: Saquon Barkley #26 of the Penn State Nittany Lions carries the ball in front of Theo Eboigbe #58 of the Kent State Golden Flashes during the second quarter at Beaver Stadium on September 3, 2016 in State College, Penn

Barkley, who also was selected the top running back, leads the Big Ten with 17 total touchdowns and 1,563 all-purpose yards. Barkley ran for over 200 yards twice this season against Maryland and Purdue.

The Nittany Lions will face Wisconsin on Saturday in the Big Ten championship game in Indianapolis.

Ohio State's J.T. Barrett was selected the best quarterback in a vote of league coaches and media. Barrett has thrown for 24 touchdowns against just five interceptions while rushing for 847 yards.

Northwestern's Austin Carr is the Big Ten's top receiver, while Michigan's Jake Butt was the best tight end for the second straight season.