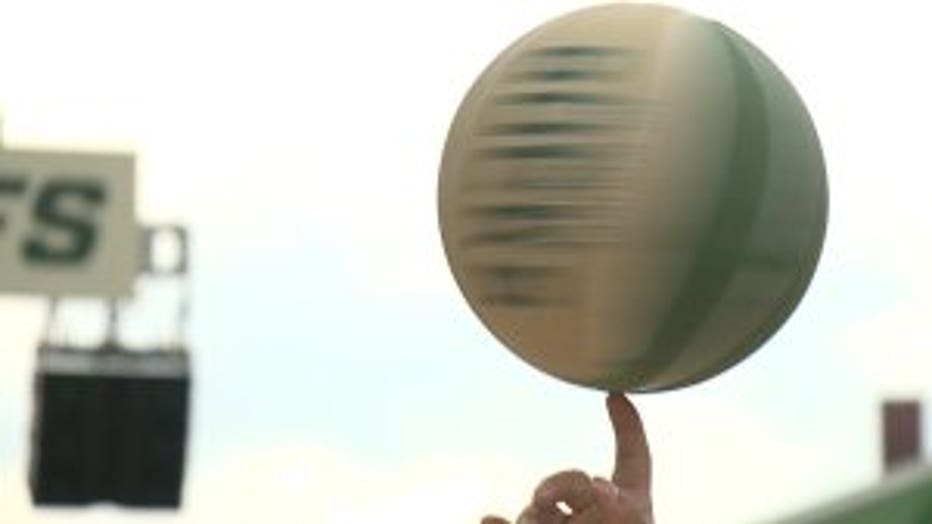 MILWAUKEE -- As the Milwaukee Bucks faced the Detroit Pistons in Game 4 on Monday night, April 22 in Detroit, plenty of people ventured out to Fiserv Forum to take in the big game.

Fans were optimistic heading into the game, hopeful the Bucks would get the sweep and move on to face the Boston Celtics in the second round.

The Bucks being on the road Monday night didn't put a damper on the fun at the plaza outside Fiserv Forum -- spinning basketballs, brews and dancing grannies. 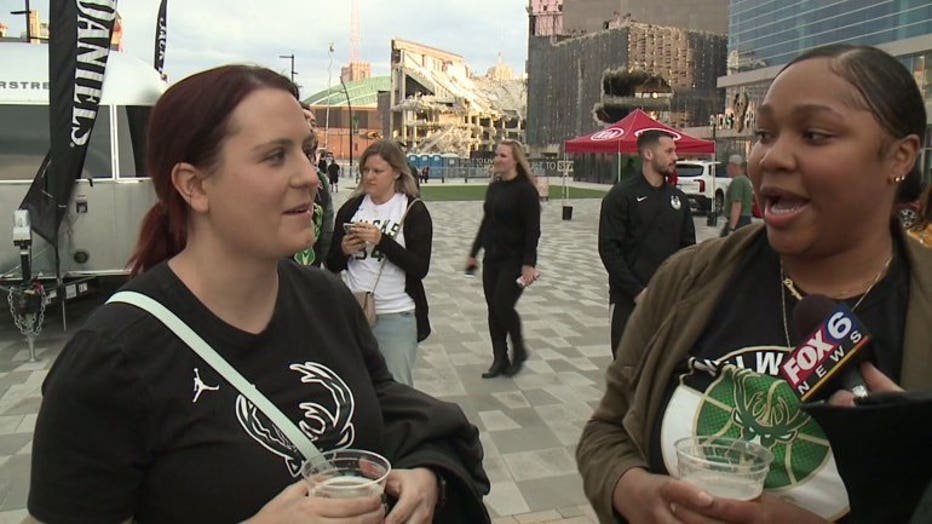 "I haven't washed it. No," said Signe Porter. 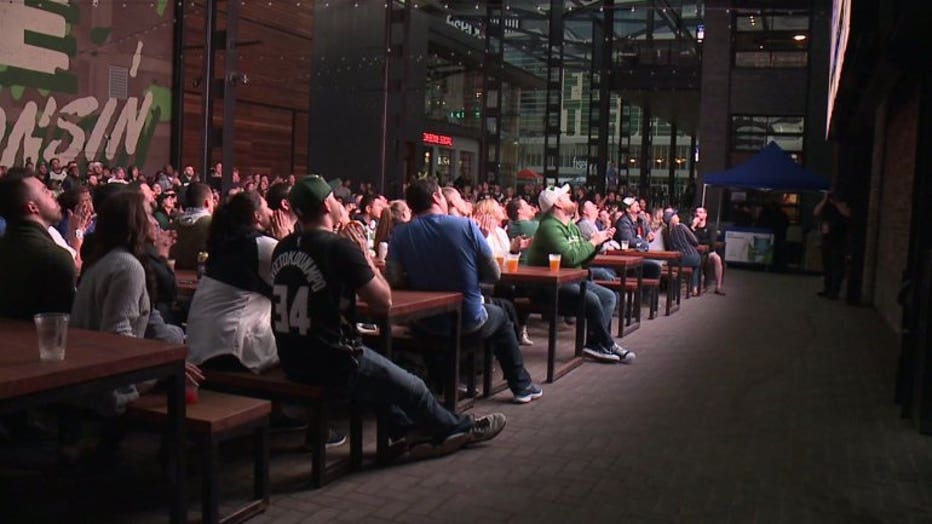 Fans packed the beer garden as rain fell, optimistic there would be no raining on the Bucks' parade. 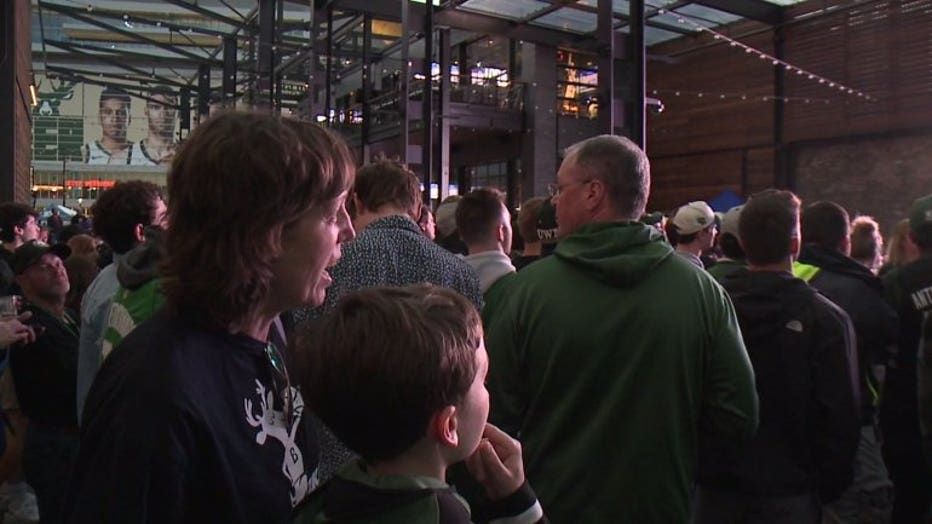 FOX6 News caught up with Evan O'Keefe and his mom, Beth, Bucks fans from Burlington, Vermont.

"I was never a Celtics fan," said Evan O'Keefe.

"We have tickets for Game 5, but hoping that they finish it off today, so we decided to come here," said Beth O'Keefe. 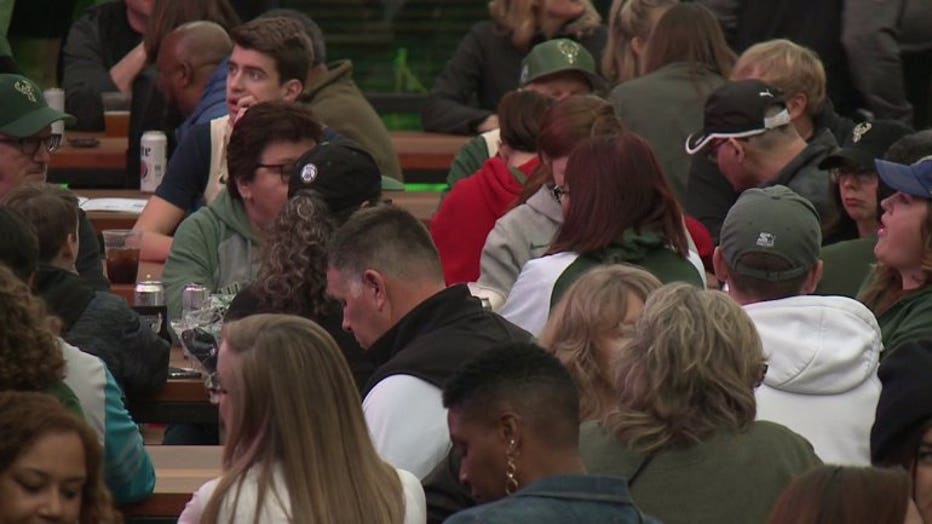 The plaza was filled with people from across the Milwaukee area, and was more than just a place to watch the game -- but to make friends.

"Bradford, I love you, man. I got to get your number after this. We got to hang out," said Jackson's new friend.

Everyone banded together for one common cause. 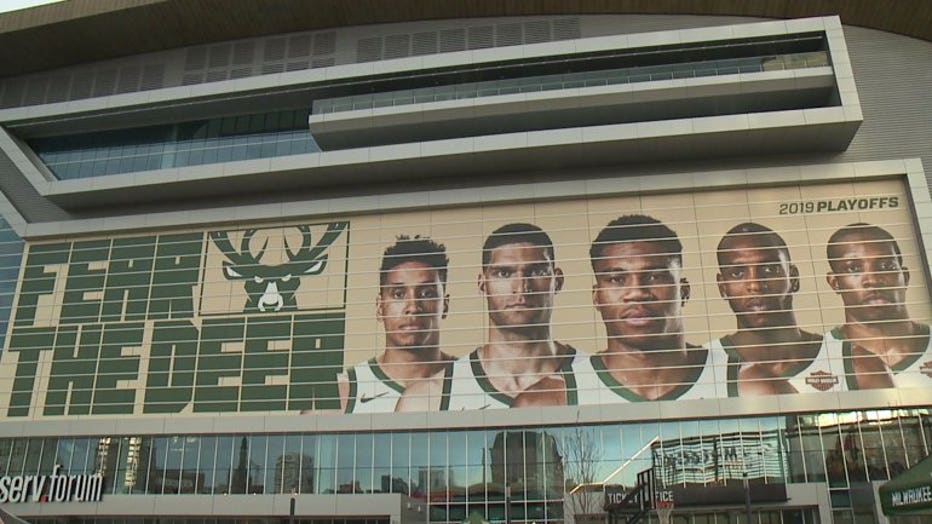 "Because, we love the Bucks! The Bucks is great! It's our team," said a fan.

"I got all good things to say about them. I can't wait for them to get back here and play...who they playing? Boston! We're going to whoop them too!" said a fan.