MILWAUKEE -- Milwaukee Brewers outfielder and reigning MVP Christian Yelich is in need of your help.

Yelich has been named a finalist for the 2019 Hank Aaron Award -- which recognizes the most outstanding offensive performer in each league -- National and American.

Cast your votes for Yelich by CLICKING HERE. Vote now through Wednesday, Oct. 9. 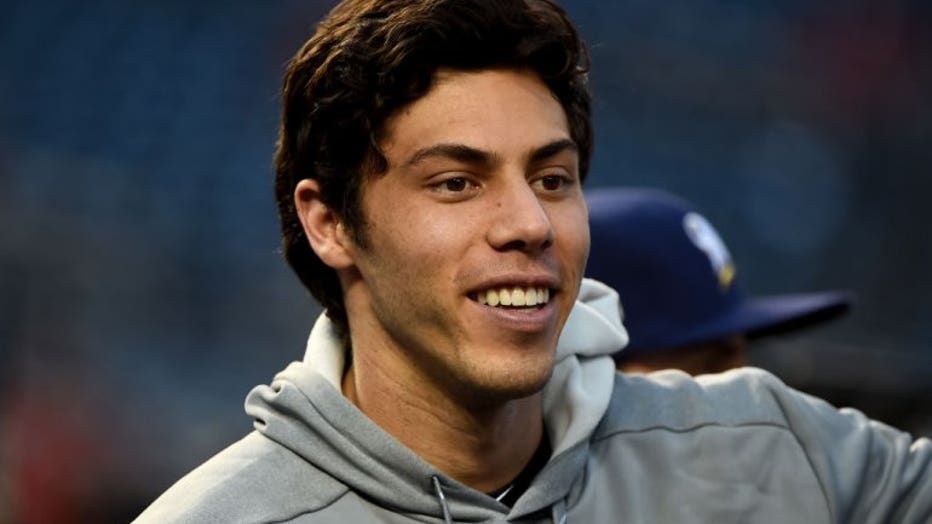 WASHINGTON, DC - OCTOBER 01: Christian Yelich #22 of the Milwaukee Brewers looks on during batting practice prior to the National League Wild Card game against the Washington Nationals at Nationals Park on October 01, 2019 in Washington, DC. (Photo b

The award was introduced in 1999 to mark the 25th anniversary of Hank Aaron breaking Babe Ruth's all-time home run record. Aaron and a panel of fellow Hall of Famers will combine with a fan vote to determine the winners.