WINNIPEG, Canada -- There were turf concerns ahead of the Green Bay Packers-Oakland Raiders at IG Field in Winnipeg.

Green Bay announced 33 Packers would not suit up, including Aaron Rodgers.

The NFL released the following statement:

"Tonight's game is being played on a reconfigured field.

The field met the mandatory practices for the maintenance of surfaces for NFL games based on an inspection yesterday. Concerns arose today surrounding the area where the Blue Bombers' goal posts were previously located.  The 10-yard line will function as the goal line at this game.  In lieu of kickoffs, the ball will be placed at the 15-yard line."

The maintenance team at IG Field had to reglue a pad of turf where the Canadian football league goal post normally sits -- which is right in the middle of the NFL endzone.

Both teams, their coaches and general managers walked the field -- and monitored the situation closely. As of about 6:25 p.m., there were still some question as to whether or not the game would be played.

FOX6's Tim Van Vooren reported the maintenance team at IG Field spent about $40,000 to anchor the NFL goal posts at the Winnipeg stadium. 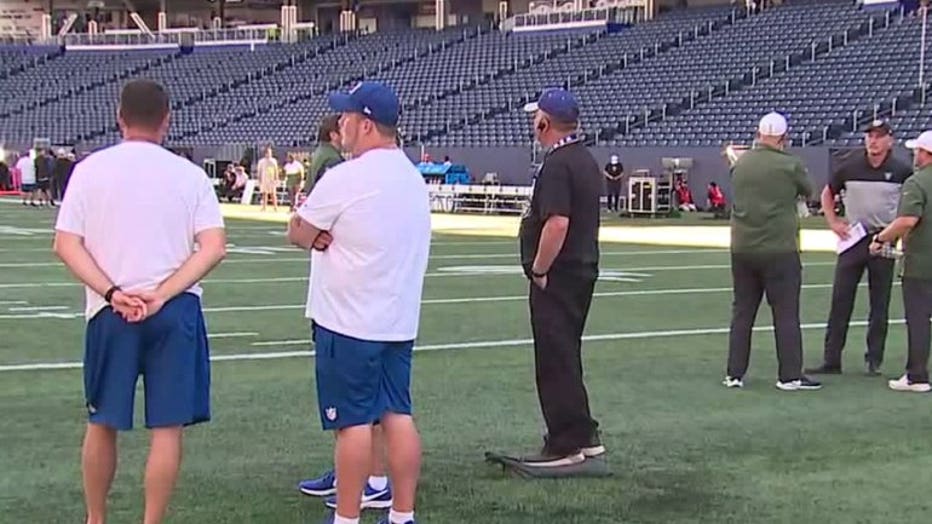 Turf concerns in Winnipeg prior to Packers-Raiders game