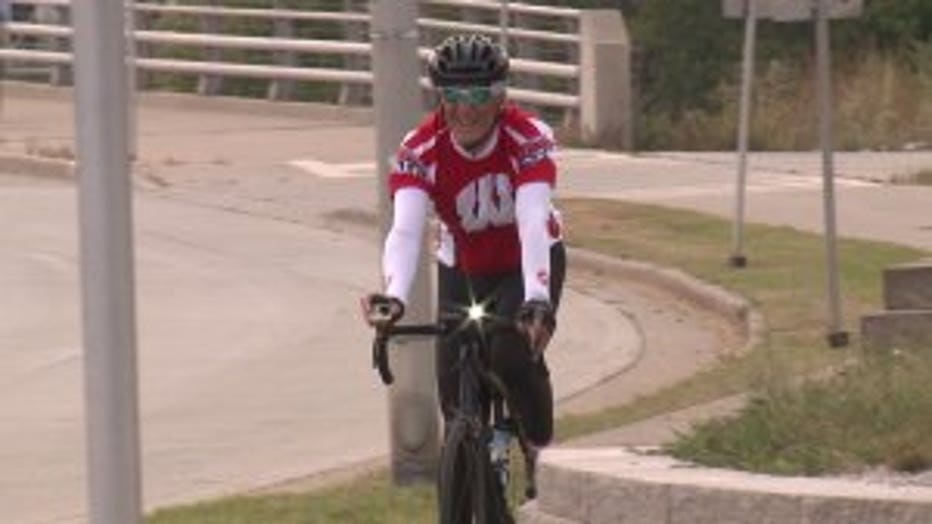 MILWAUKEE -- It's been done before, but one man, who is pedaling across the country and stopped in Milwaukee, is doing more than just sight-seeing while on his ride.

"I always wanted to cross the United States by bicycle. I'm originally from Mexico and a very proud American citizen for the last 20 years and I very much wanted to get to know this country and feel it and the bicycle is a perfect way," Andrés Martin said.

Along with the support of his wife and four children, he decided to set off on a 5,100-mile trip from Seattle, Washington to Washington, D.C. 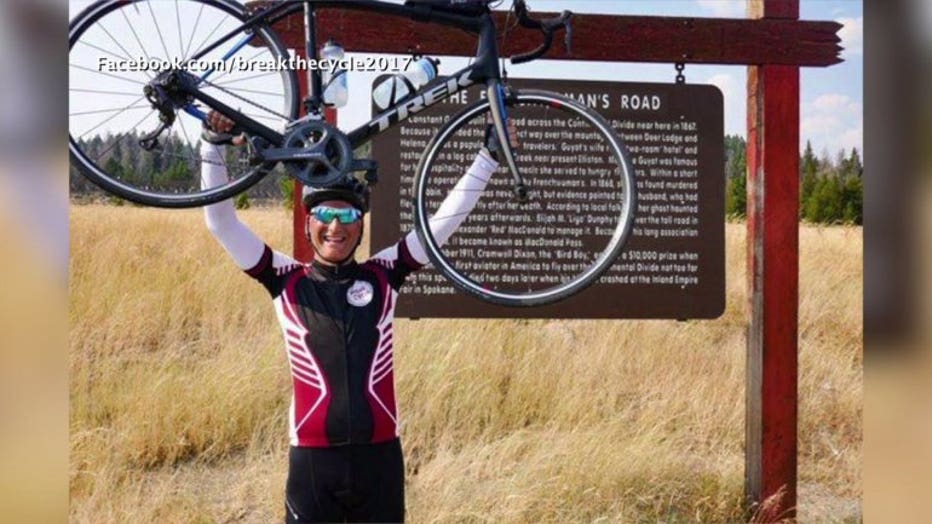 "I'm very grateful to my wife Rebekah without whom none of this would have happened," Martin said.

His remarkable ride recently brought him to Milwaukee. 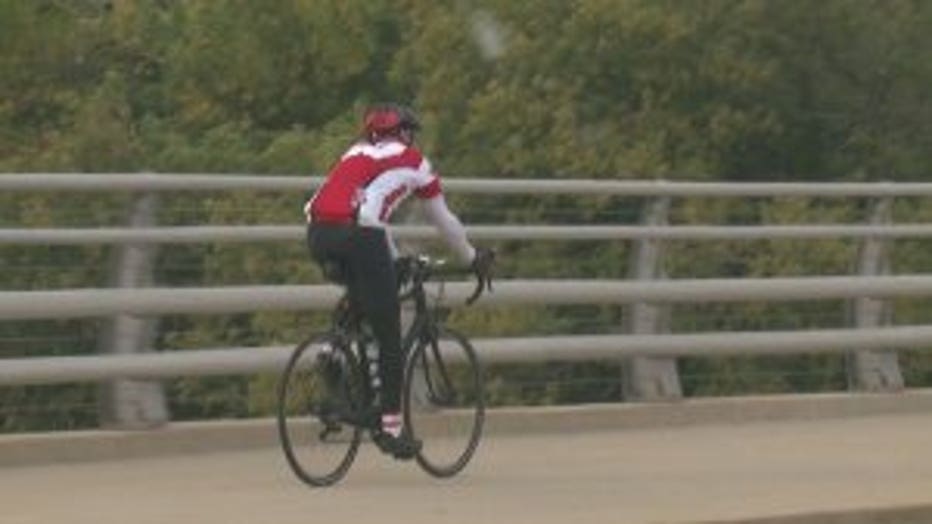 Wisconsin has been just one of many he's passed through.

"Crossing the Rockies was both extraordinarily challenging. We climbed up to 10,000 feet. We climbed 7,000 feet in over 13 miles, so that was pretty incredible, but the sights were beautiful at the Bighorn in Wyoming. That was just a beautiful part of the country. The Badlands in South Dakota are one of the most beautiful places I've seen in this country and Mt. Rushmore, that we've all seen since we were little kids -- once you see it in the real, it's hard to explain. It was very personally emotional to my as a naturalized citizen to be there," Martin said. 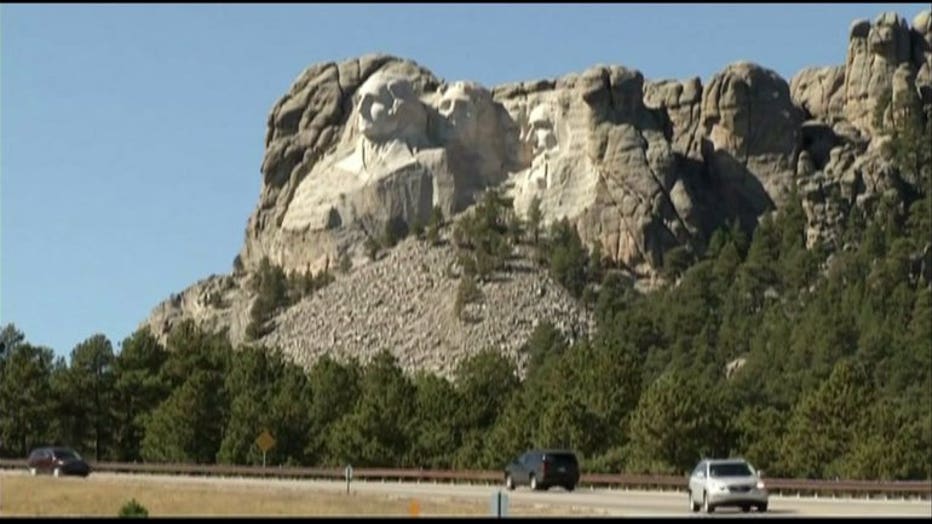 This quest hold much bigger meaning. 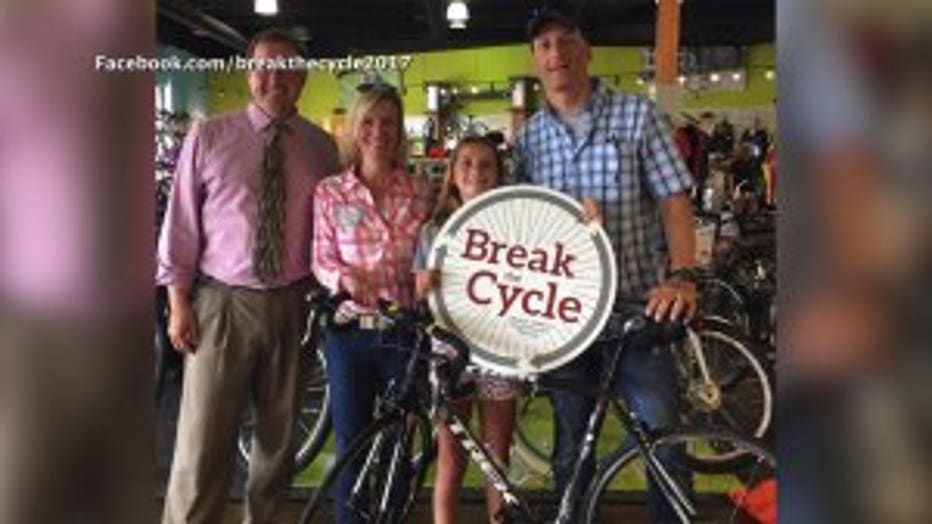 "I'm very committed to spreading the word about children's mental illnesses, to raise awareness about them and importantly, to fight stigma," Martin said.

Martin is a child psychiatrist who is using his love of cycling to send a message.

"Children's mental illnesses are real conditions. They are common conditions and, important for parents and families listening, they are treatable conditions," Martin said.

He partnered with the American Academy of Child and Adolescent Psychiatry and "Break the Cycle" was born. 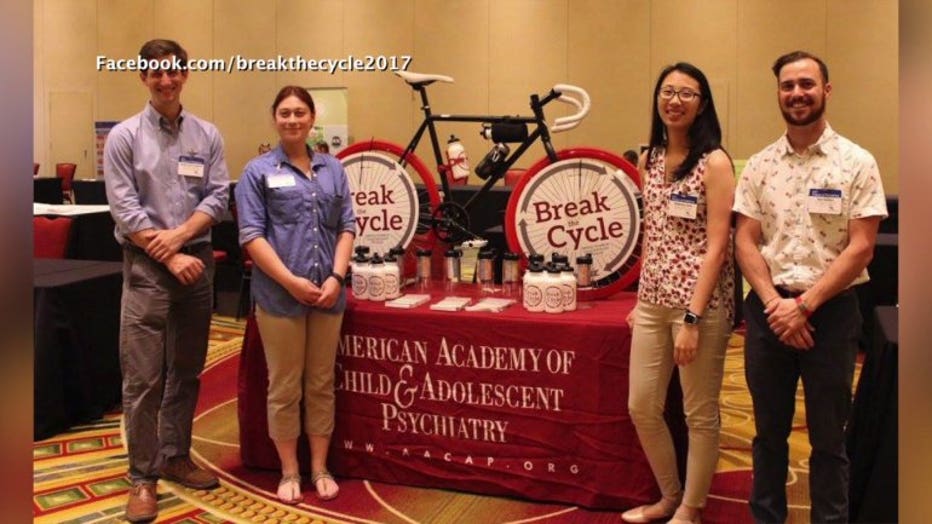 "He brought up this idea about 'break the cycle' and it was really rudimentary and nobody really knew what they were doing back then, but it was an idea, and I just thought it was great," Douglas Kramer, child psychiatrist in Madison said. 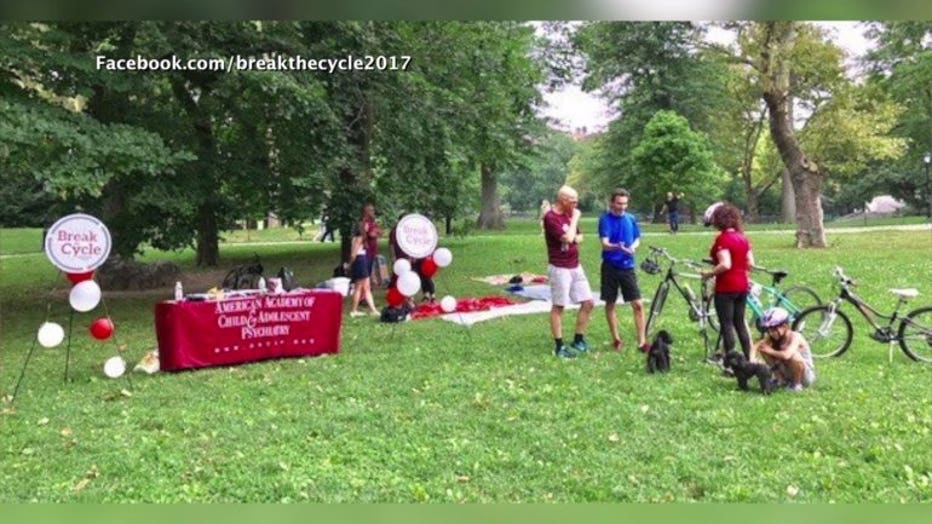 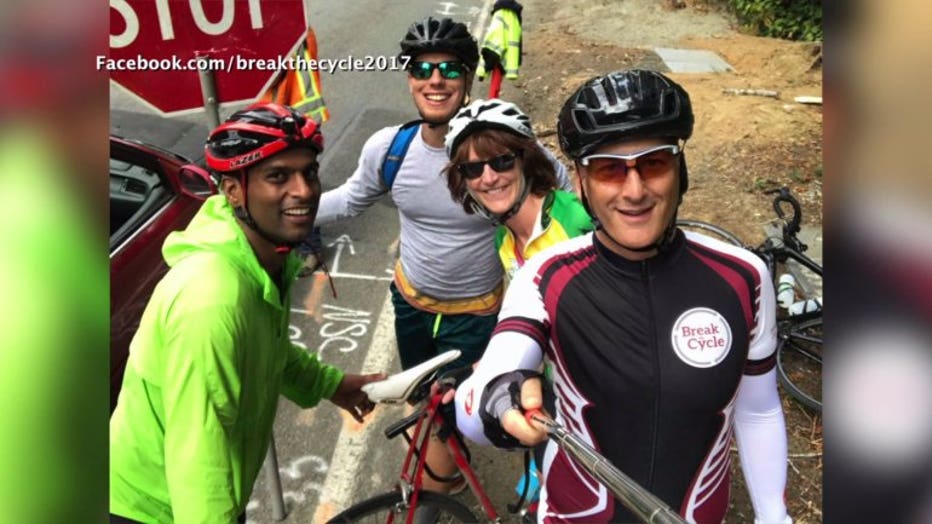 Kramer thought the idea was so great, he decided to ride along from Madison to Milwaukee.

"I felt like that sounds like something I can do and support the cause, which is such an important cause, so important," Kramer said. 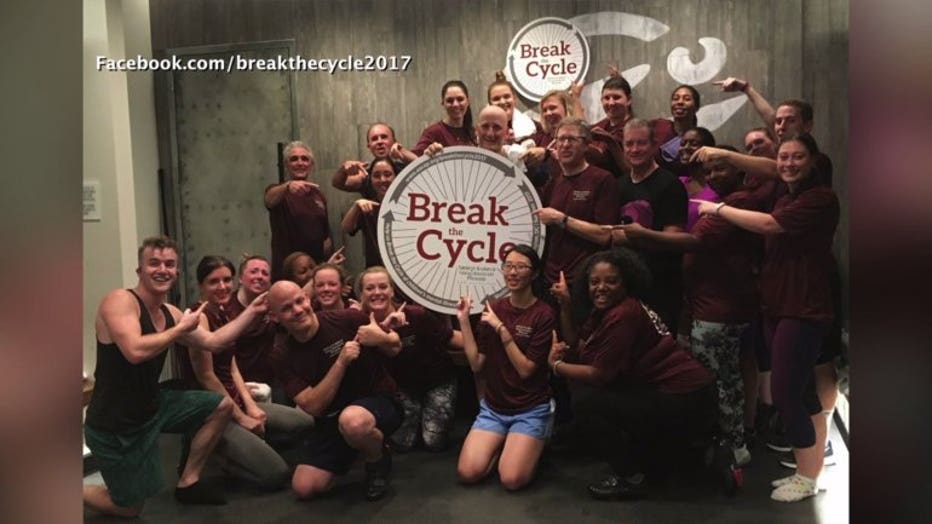 In addition to awareness, they're also raising money -- with their total nearing $170,000. 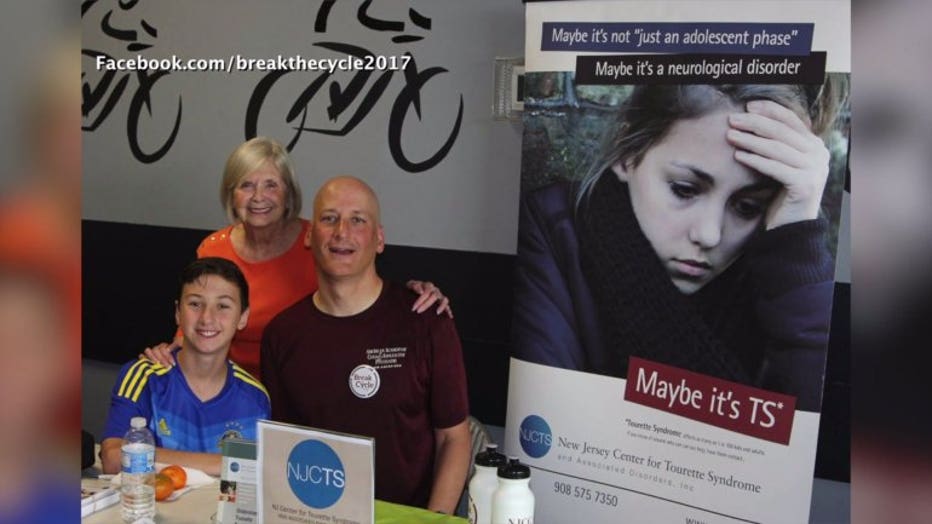 "The very much needed funds to advance research, to train a new generation of providers and to expand the reach of what we do," Martin said. 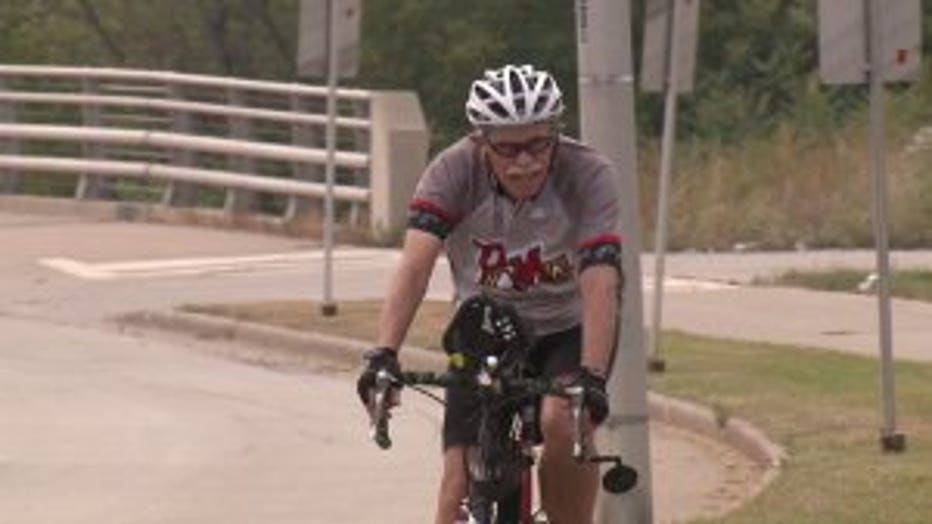 "I've had a ton of people donate my part of this ride, but I told them in my letter asking for donations, what's more important is a grassroots movement. Make this the number one issue in this country or we are going to be in trouble," Kramer said.

The ride ends at the annual meeting in D.C., but Martin said his work won't stop there.

"It's going to be an opportunity to meet with my colleagues and to think of how we move this message forward," Martin said.

Martin is expected to get to Washington, D.C. on October 22nd. CLICK HERE to learn more about this ride, or to donate to this cause. 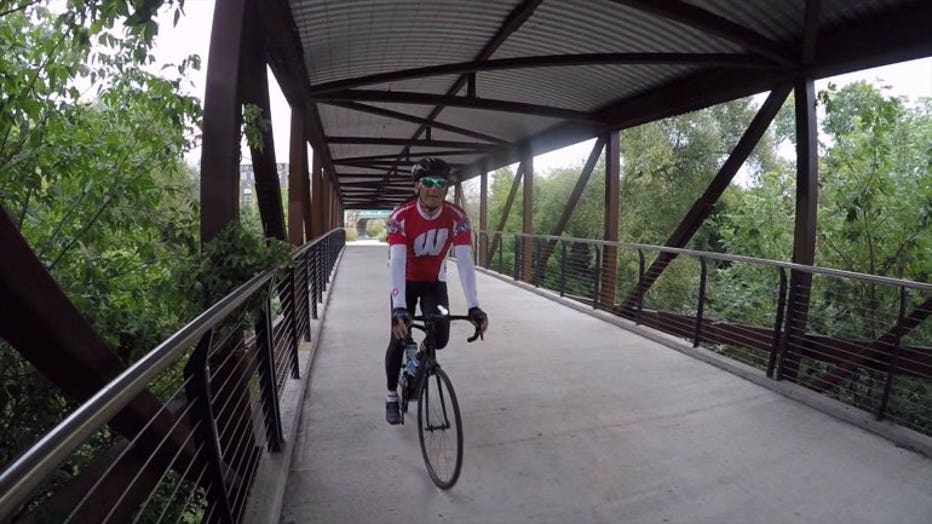