GREEN BAY -- Known as a tough player and a true competitor, Packers fullback Danny Vitale seems to put it all on the line, whether he's on the field in a game or practice.

"You know, everybody likes to compare football players to warriors," said Vitale.

The warrior on the gridiron is quick to deflect that comparison.

"When you narrow it down, we are nowhere close to those types of warriors," said Vitale. "Those are the real warriors out there."

He knows that better than most. 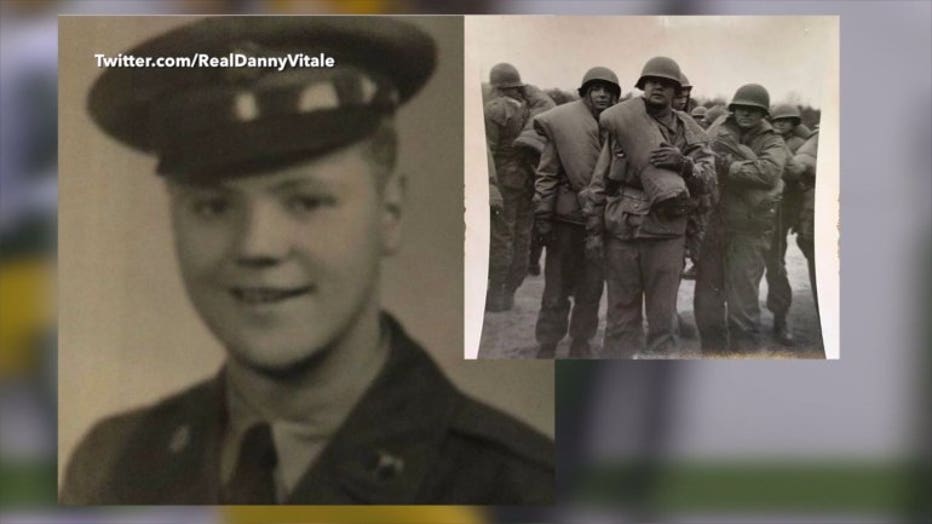 "My best friend from college, Tom Ruby, was a CO for 10 years," said Vitale. "Both my grandfathers served. On my mom's side, my grandpa was a combat medic during the Korean War for the Army. My other grandpa served with the Marines. Incredibly proud of that. Cousin just finished his service with the Army in the 82nd Airborne Infantry for the Army, and then my brother recently enlisted in the Navy." 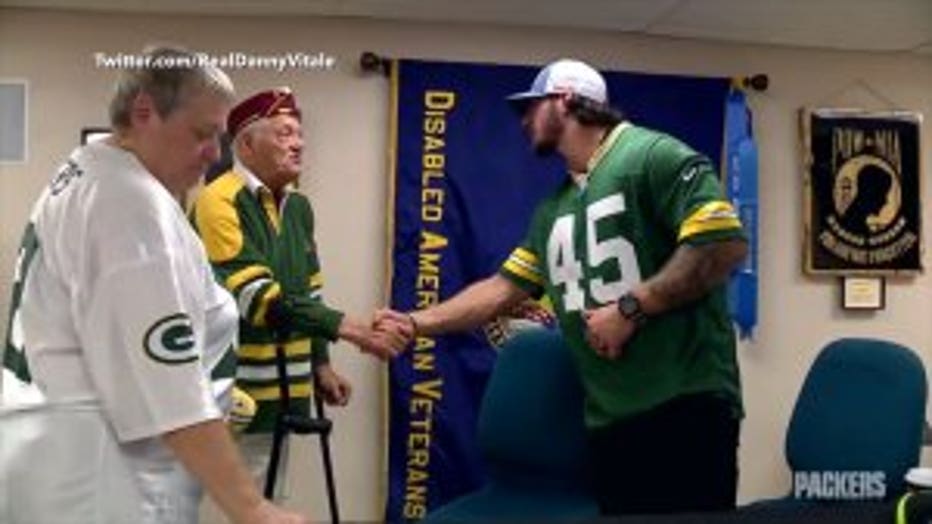 Because of that, he has a deeper understanding of the sacrifices made and issues those who have served endure that separates him from many who play in the league.

"I know they are going to have struggles, and they have, if they haven't already, and anyway I can give back to them, and a safe place to come home to is important to me," said Vitale.

That's why his efforts off the field seem to come as easy to him as the work he puts in on the field. He works with the Chris Kyle Frog Foundation, a nonprofit that aids military members and their families after being deployed. 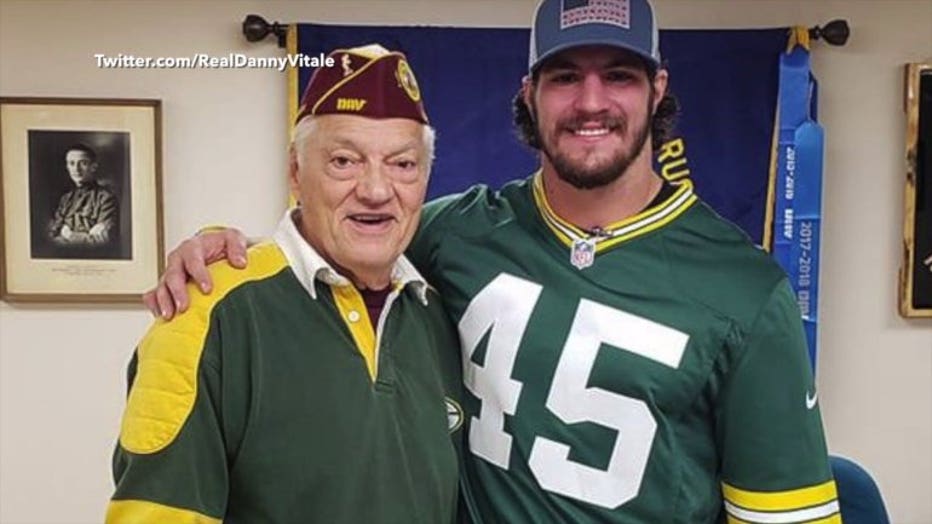 "Helping them, servicemen and women, first responders, reconnect with their spouses, their kids -- because it's tough when you get home and you've been away for a long time," said Vitale. "Obviously, some of them have seen things I'm sure they wish they never saw over there."

His work earned him a nomination for the NFL's Salute to Service award. 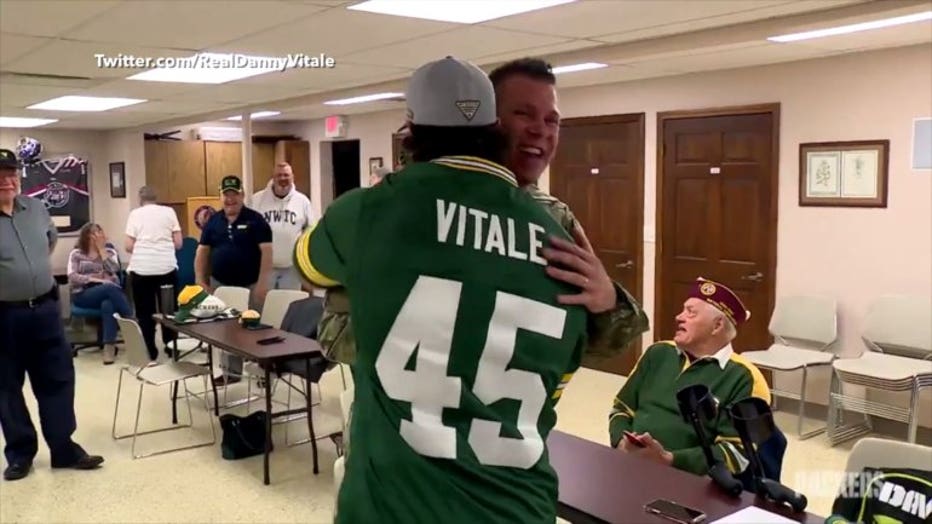 "I'm able to show people what it means to give back to those servicemen and women, whether it's something small, like, just going to hang out with them," said Vitale.

So when he hears he and his teammates are warriors, he, more than most, knows where those accolades should go. 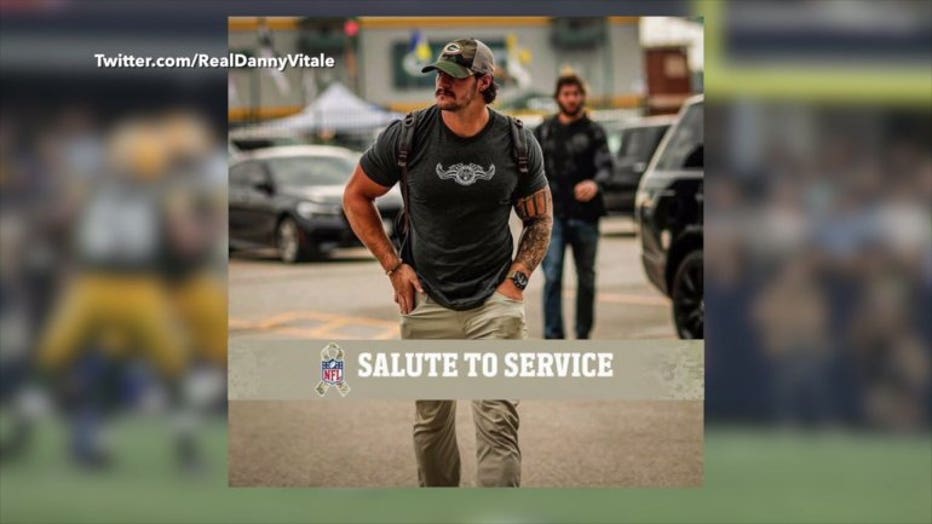 "People always say, and it's cliche, but those are legitimately my heroes," said Vitale. "Those are the guys I look up to. I really wish I could be -- if I wasn't doing this -- that's the route I would have liked to go."

The Chris Kyle Foundation was started by Taya Kyle, the widow of former Navy Seal Chris Kyle, whose story was made famous by the book and movie, "American Sniper."

Vitale will find out if he is a finalist for the Salute to Service award in January, with the winner announced Feb. 1, the night before the Super Bowl.