"This is a little surreal for me right now," LaFleur first told reporters. I cannot tell you how honored I am... To be the head coach of the Green Bay Packers, it is surreal -- and I am humbled." 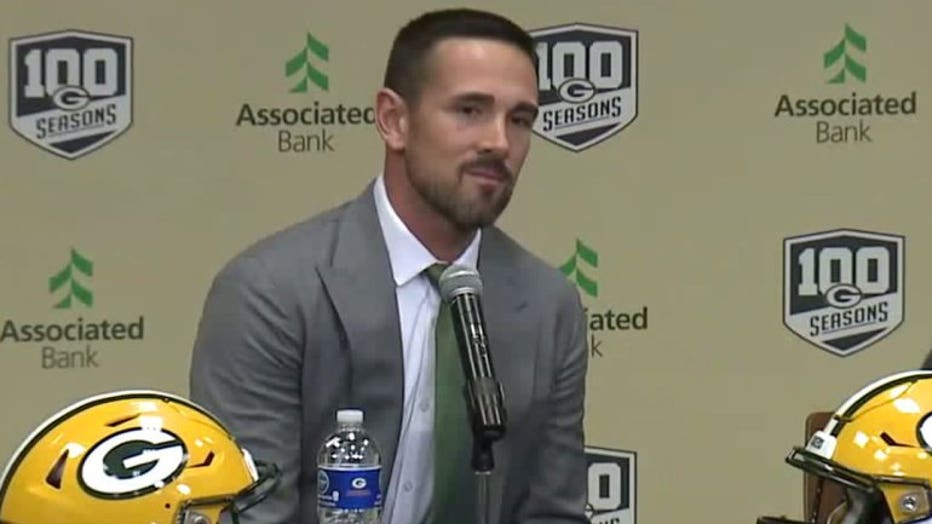 LaFleur told reporters he is excited to work with quarterback Aaron Rodgers and the rest of the team. 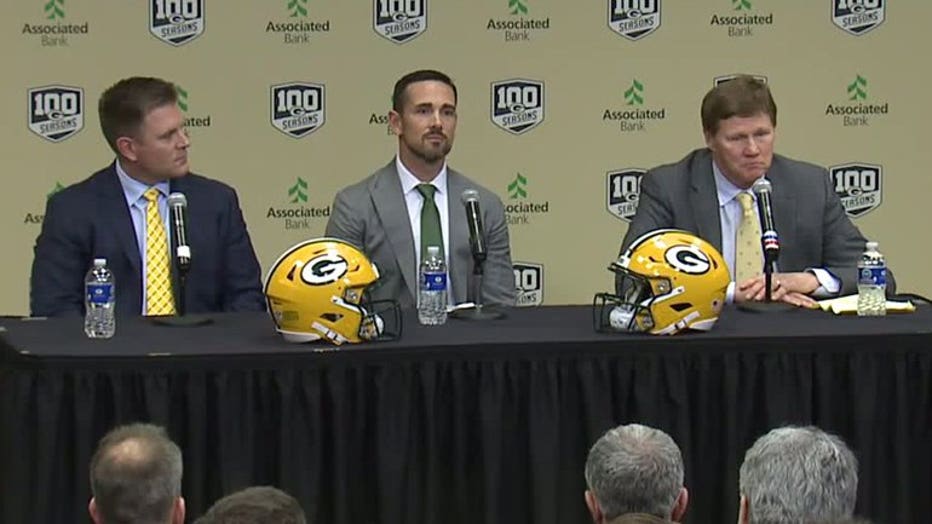 LaFleur introduced his family during the news conference -- including his wife and sons. As he did so, he got a bit emotional.

"I'm all about family," LaFleur said. 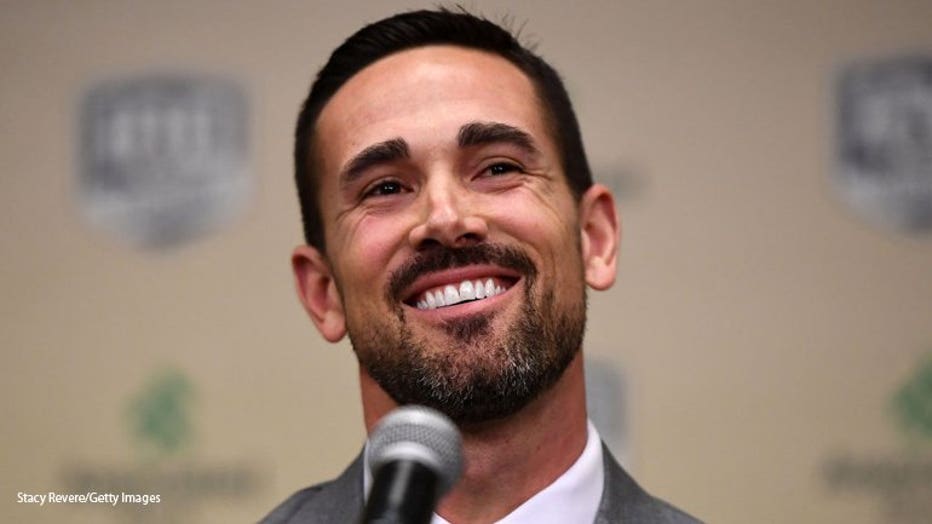 GREEN BAY, WISCONSIN - JANUARY 09: Matt LaFleur speaks during a press conference to be introduced as head coach of the Green Bay Packers at Lambeau Field on January 09, 2019 in Green Bay, Wisconsin. (Photo by Stacy Revere/Getty Images)

Below are details about LaFleur’s career as noted by Packers.com:

LaFleur, 39, will be entering his 11th year coaching in the NFL and his 18th overall in coaching. He brings a wealth of offensive experience, having worked and developed under Mike Shanahan, Gary Kubiak, Kyle Shanahan and Sean McVay. LaFleur served as an offensive coordinator for both of the past two seasons (Tennessee Titans, 2018; Los Angeles Rams, 2017) and a quarterbacks coach for the previous seven years (Atlanta Falcons, 2015-16; Notre Dame, 2014; Washington Redskins, 2010-13).

In a one-year stop at Notre Dame in 2014, LaFleur guided QB Everett Golson to 3,445 yards passing and 29 touchdowns. Prior to his stint in South Bend, LaFleur coached for the Redskins from 2010-13, where he helped Robert Griffin III become the first Redskins rookie QB selected to the Pro Bowl as Washington won its first NFC East title (2012) in 13 years. LaFleur’s first NFL coaching experience came as an offensive assistant for the Houston Texans in 2008-09, where he worked with the quarterbacks and wide receivers.

Before coaching in the NFL, the Mount Pleasant, Mich., native coached in the college ranks for six seasons. LaFleur began his coaching career in 2003 as an offensive assistant at Saginaw Valley State, the school he played quarterback for and guided to three straight NCAA Division II playoff appearances. He went on to be a graduate assistant at Central Michigan in 2004-05, quarterbacks/wide receivers coach at Northern Michigan in 2006 and offensive coordinator at Ashland University in 2007-08.

LaFleur and his wife, BreAnne, have two sons, Luke and Ty. 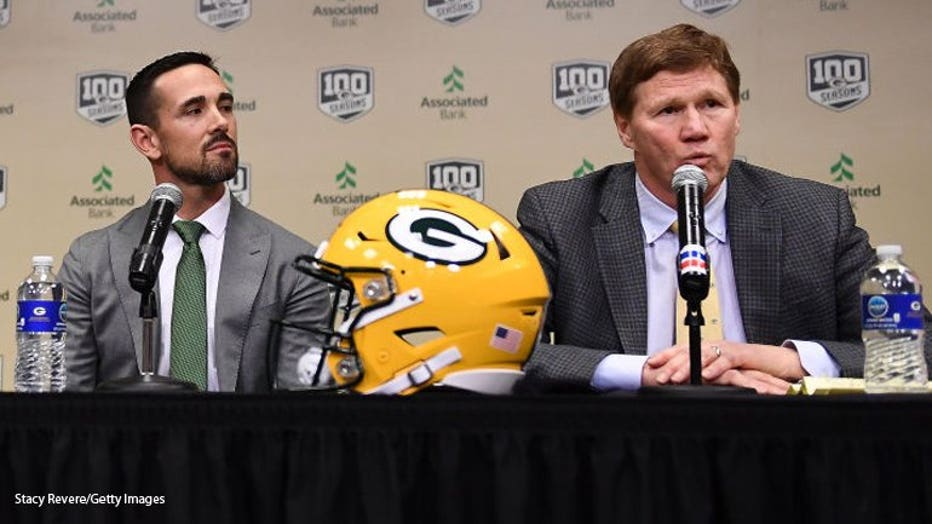 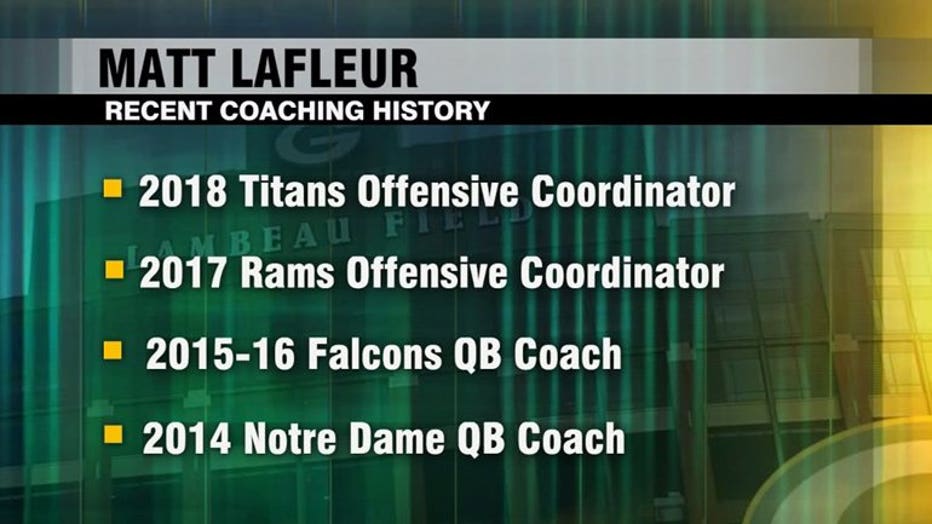