UNION GROVE -- Those who know him call him Uncle Frank, but you can also call him a Green Bay Packers Fan Hall of Famer! Frank Lamping was named the 19th member of the Fan Hall of Fame, and there was quite the celebration Sunday, February 26th in Union Grove.

"They actually picked me!" Lamping said.

For Lamping, there was no greater honor than being selected for the Packers Fan Hall of Fame.

"The Packers organization is the greatest. Obviously I knew that before, and now, it just proves that it is," Lamping said. 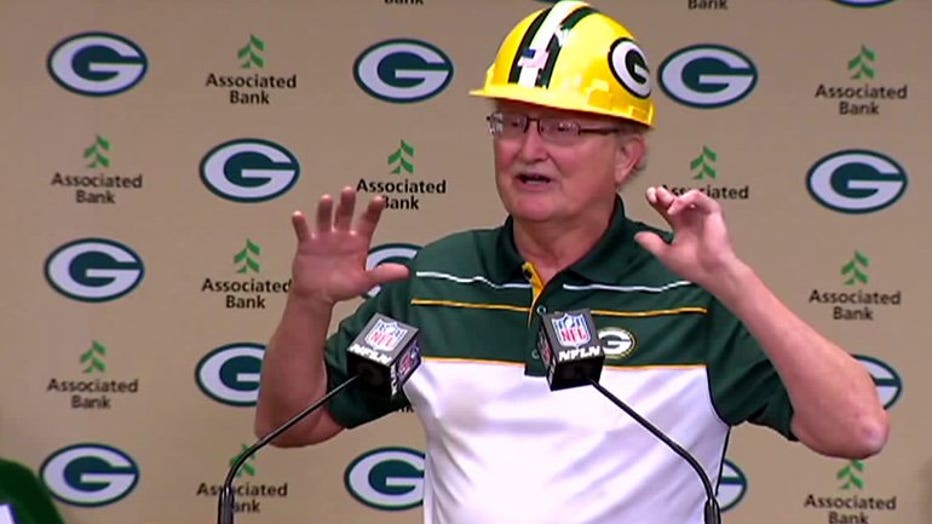 Frank Lamping named to the Packers Fan Hall of Fame 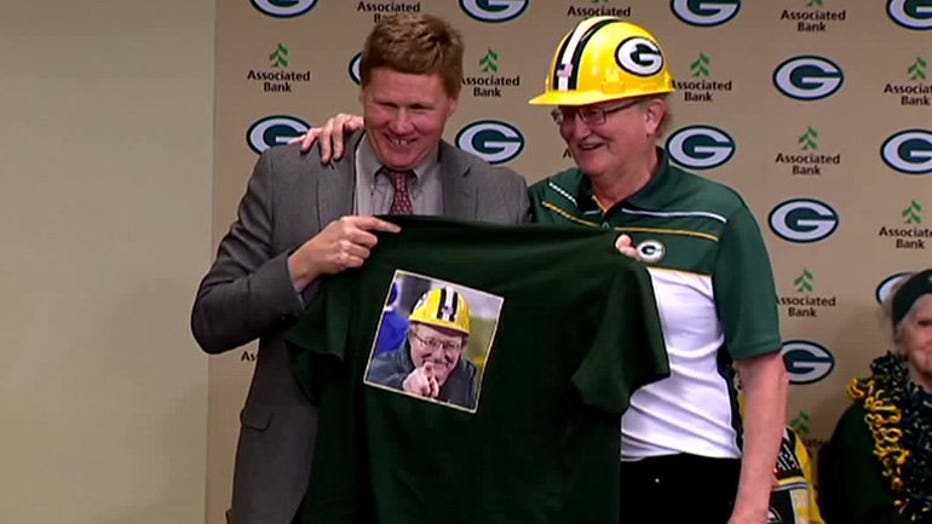 Frank Lamping named to the Packers Fan Hall of Fame

The party in Lamping's honor Sunday was just as much a celebration for the entire town.

Lamping is a lifelong Wisconsin resident. He was nominated by his friend, Don Schauf. Plenty of Green Bay Packers backers will recognize him as the fella who fields footballs on the south end of Lambeau Field, where he's held the same first-row seats for years.

It was a emotional moment for Lamping on February 14th -- when he was named at Lambeau Field. He choked back tears when he thanked his wife, Andrea, his family and friends.

"This is the biggest honor in the world," Lamping said. 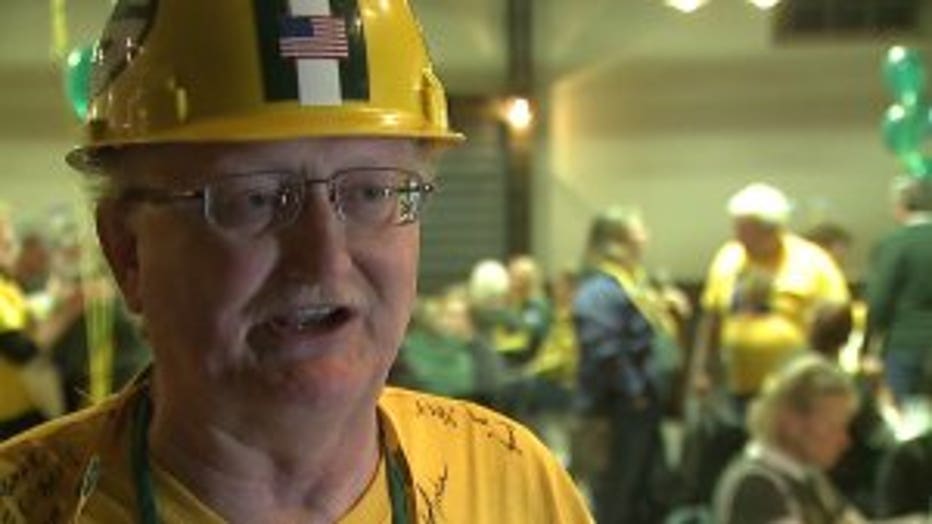 Lamping wore his Ty Detmer game-worn shoes to the ceremony along with his signature hard hat. He has State 4 prostate cancer. When he was selected for the Fan Hall of Fame, he told a story about how he once asked his doctor to delay surgery.

"I just want to thank the Packers, and this is going to be, honest to God, the biggest honor.""I had a game I had to go to," Lamping said. "There's no way. So I called my doctor and said, 'Doctor, you got to push that back.' What she did, she pushed it back to like Tuesday or Wednesday. But yes, I postponed it. I said, 'You cannot do this to me and wreck my perfect attendance record.'" 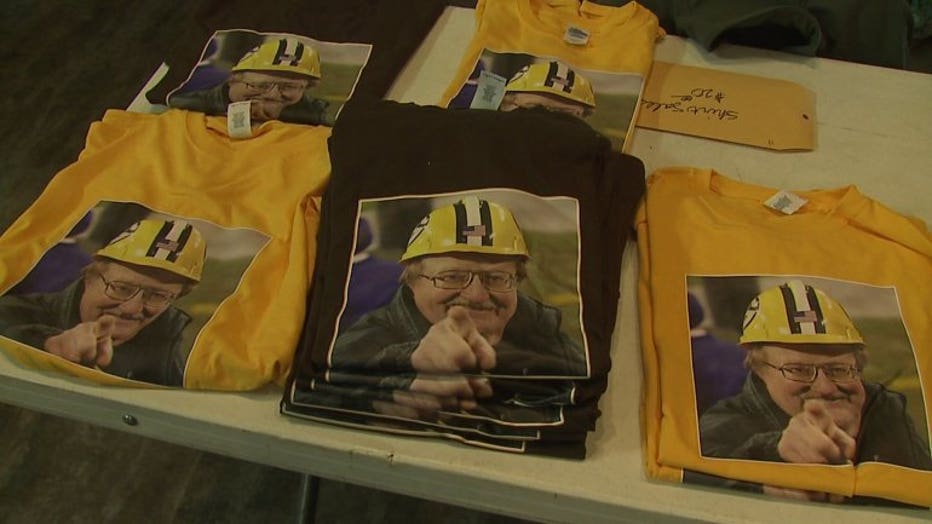 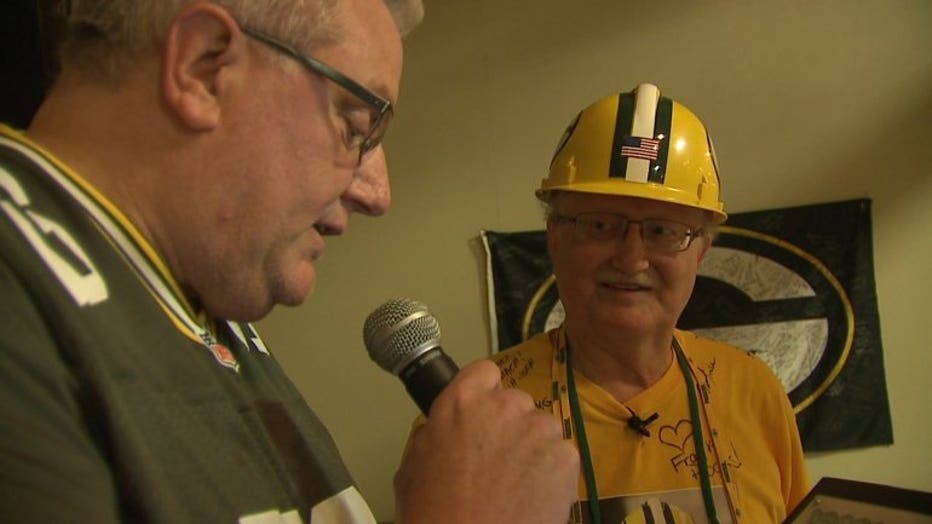 Sunday was declared "Frank Lamping Day" in Union Grove. The celebration was also a fundraiser -- raising money for Relay for Life. 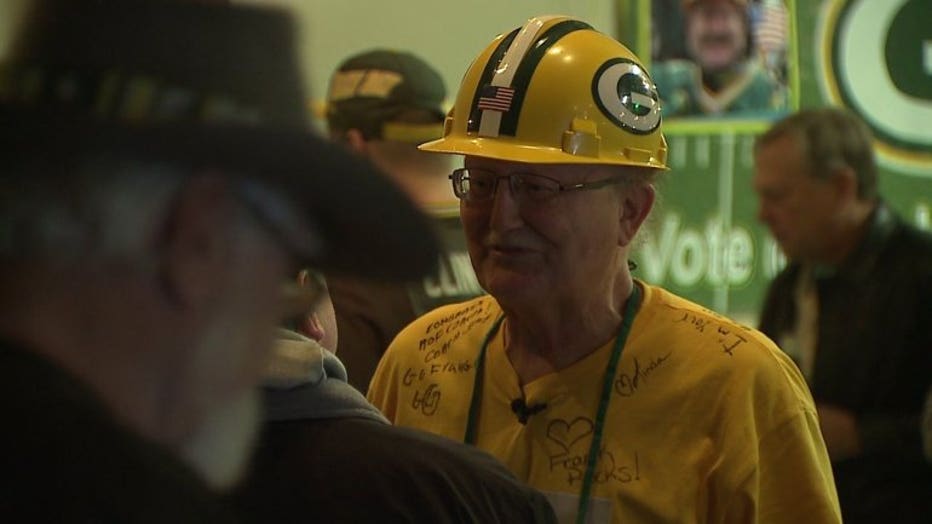 As part of his being named to the Packers Fan Hall of Fame, Lamping will receive four club seats to a 2017 Packers home game; a $500 Packers Pro Shop gift certificate; a road trip for two to a 2017 Packers away game, including game tickets, air fare and hotel accommodations; and a one-year subscription to Packers Plus.

Lamping also will have his name permanently displayed in a place of honor in the Green Bay Packers Hall of Fame. 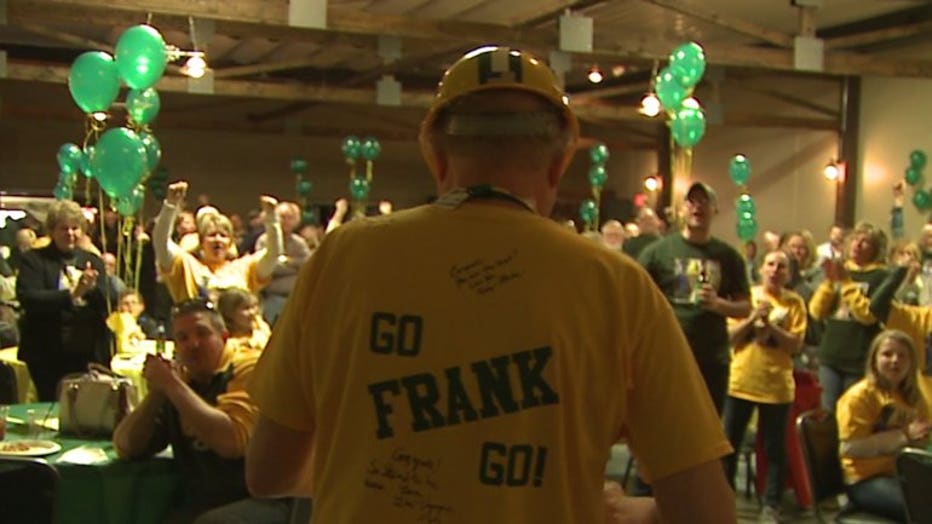