But for this edition of the world's biggest cycling race, Van Garderen is tasked with doing all he can for teammate Richie Porte to fight for the title.

"It's different. It's certainly less pressure, and when you have a leader like Richie it's a role that is easy to jump into," Van Garderen said on Thursday, two days before the race starts in western France.

Van Garderen's first job will be to do his part on the team time trial on Stage 3. A good result by BMC would boost Porte's chances of ending Chris Froome's dominance at the Tour. 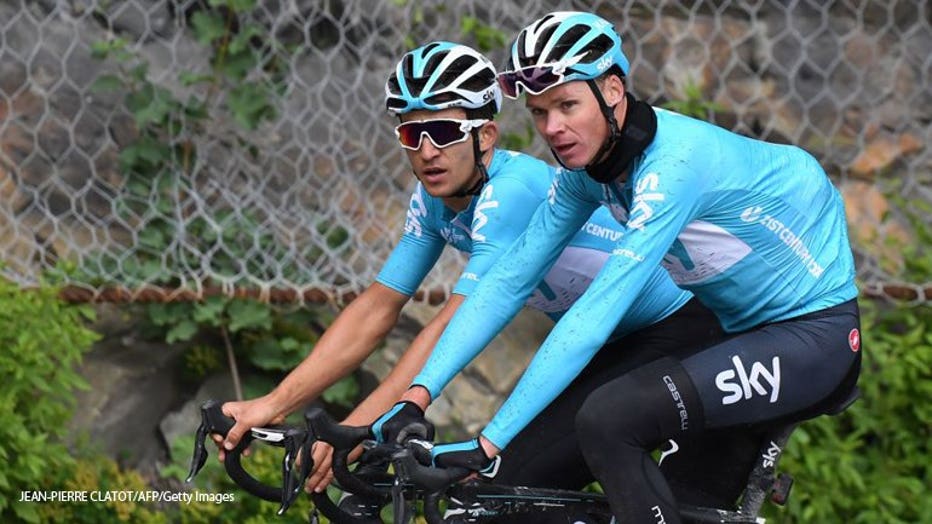 Cyclists of Great Britain's SKY cycling team: Great Britain's Christopher Froome (R) and Poland's Michal Kwiatkowski ride during a track reconnaissance on the road towards the Alpe d'Huez's summit, on June 13, 2018, as part of their preparation for t

His next challenge as his team's No. 2 will be to protect Porte on the climbs in the Alps and Pyrenees where only the hardiest riders can keep up.

Van Garderen, who finished the Tour of California second in May, showed he can protect Porte in the mountains when he helped the Australian win the Tour de Suisse last month by reeling in rivals when they attacked.

"He already performed well in that role, especially in the Tour de Suisse, when (Mikel) Landa and (Nairo) Quintana launched attacks," BMC sports director Fabio Baldato told The Associated Press. "It's a new role but he's well established within the team."

When acting as BMC's leader, Van Garderen finished the Tour in fifth place in 2012 and 2014.

In 2015, he was riding in third place and aiming for a spot on the podium in Paris when he fell ill and was forced to withdraw.

Those ascending results generated expectations that Van Garderen could one day become the first American to cleanly win the Tour since Greg LeMond in 1989 and 1990. Lance Armstrong and Floyd Landis were later stripped of their Tour titles for having doped. 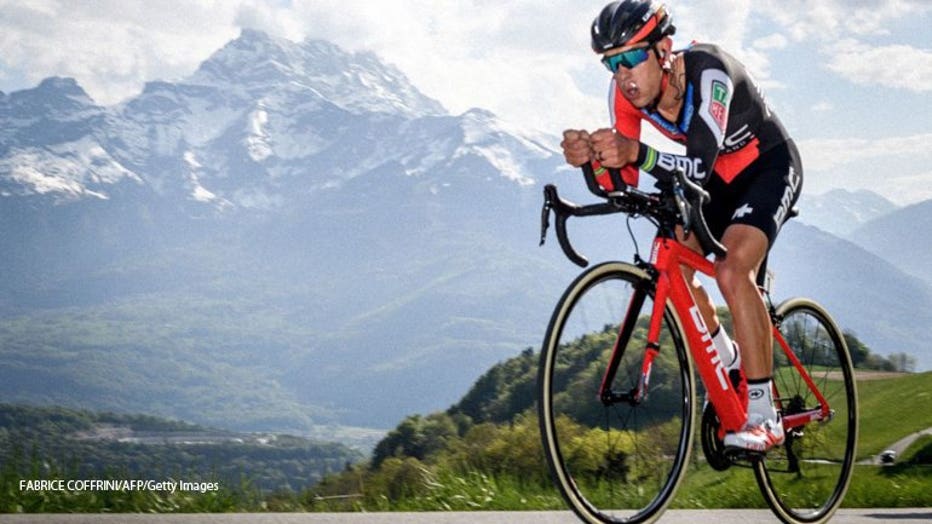 Australian Richie Porte from BMC Racing team competes during the third stage, a 9,9 km race against the clock, Ollon to Villars, at the Tour de Romandie UCI Pro cycling race on April 27, 2018 in Huemoz, western Switzerland. (Photo by Fabrice COFFRINI

But when Porte joined BMC in 2016, the American team said Porte and Van Garderen were the co-leaders at the Tour. Porte finished a career-best fifth in the race, while Van Garderen was 29th. Van Garderen skipped last year's Tour to ride in the Giro d'Italia.

Baldato said it was the 29-year-old Van Garderen who wanted to play wingman this time around.

"He asked to come to the Tour as a support rider. We call him a teammate 'di lusso' (an extra special teammate)," Baldato told The AP. "The pressure that came with being the leader wasn't easy to handle. Now that he's free of that pressure he's got less weight on his shoulders.

"It will free his mind up and make him ride better."

Porte knows what it means to be a shield-bearer. He was Froome's ally when he won his first two Tour titles in 2013 and 2015 for Team Sky.

At 33, Porte also knows this may be his last chance to win an elusive Grand Tour. Last year he was in contention for the Tour until he crashed out.

When asked if he would be prepared to take over if Porte again falters, Van Garderen replied with a curt, "I will do what I am told.

"(Porte) is in great shape and he has a good shot to get on the podium in Paris and I am looking forward to helping him to be able to do that."