`Stop the Violence Street Ball League` keeping kids out of trouble: “To see them having fun – that`s my biggest reward”

`Stop the Violence Street Ball League` keeping kids out of trouble: "To see them having fun - that`s my biggest reward"

MILWAUKEE -- Violence continues to be an issue in the city of Milwaukee -- and we've seen it affect children in devastating ways. On Monday, July 20th, Milwaukee Police Department officials said the city had seen 86 homicides in the first seven months of the year. Milwaukee saw 86 homicides during ALL of 2014. 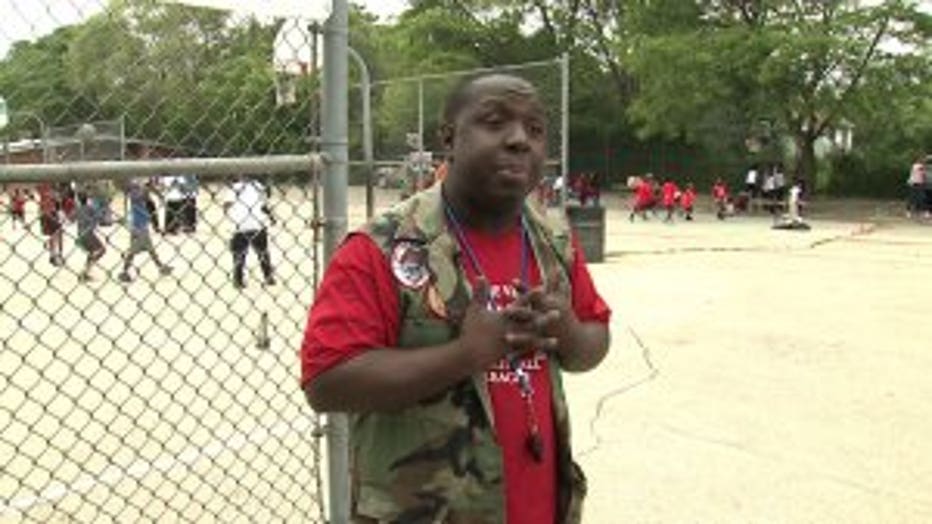 At Stark Park, a small park on 40th Street near Hampton Avenue in Milwaukee, the basketball courts are usually packed with kids.

"Just the laughter, just the happiness of the kids. To see them having fun -- that's my biggest reward," Jackson said.

As the summer began, Jackson decided he needed to start up a basketball league to give city kids a chance to enjoy playing freely. 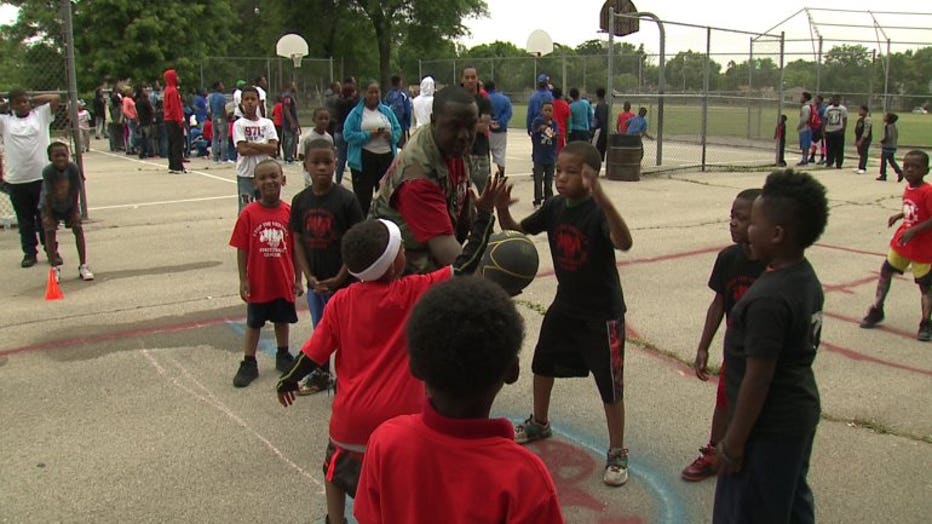 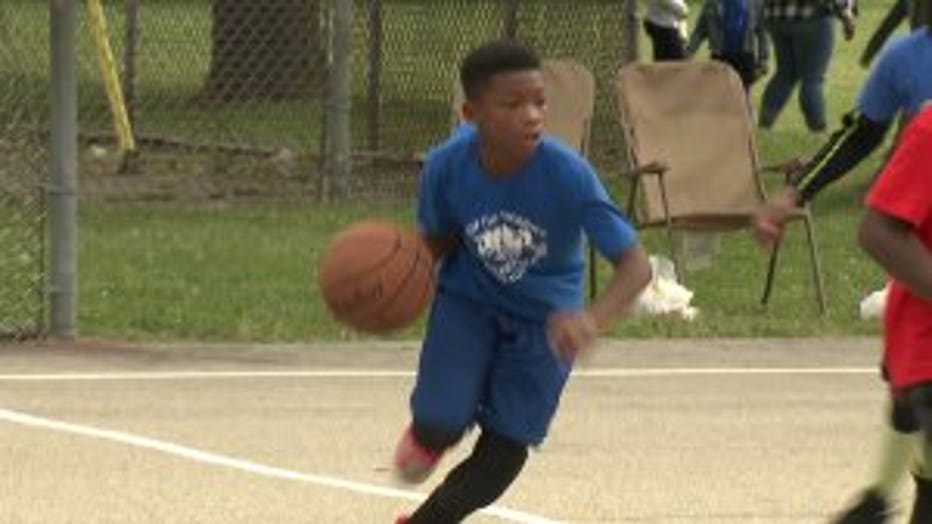 "We just have fun. They like to cheer and dance, everything. And the boys, the little boys, they like to play," Kenesha Banks said.

While the basketball teams are mainly made up of boys, girls play too. Some, however, have taken the opportunity to create a cheerleading team. 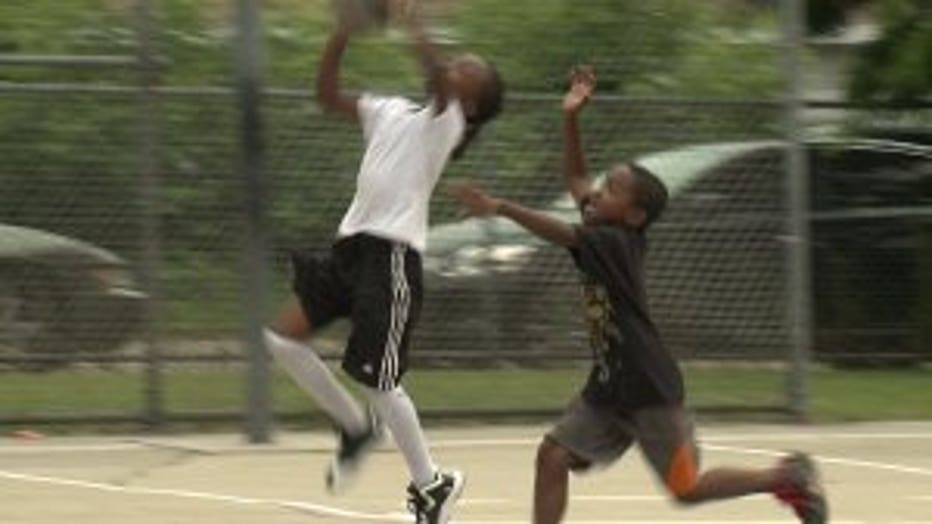 "It's over 200 kids so far, with the basketball and the cheerleaders. So we hope it gives us growth, you know, to do something bigger, to get a lot of people behind us," Banks said.

Banks is a mother of one of the basketball players.

"He thinks he's the next LeBron James. So you know, he's a seven-year-old," Banks said.

Banks also serves as a coach for the cheerleaders. Each night, the atmosphere is more like a festival.

"It doesn't matter what neighborhood, you know -- where you come from. You still could play," Banks said. 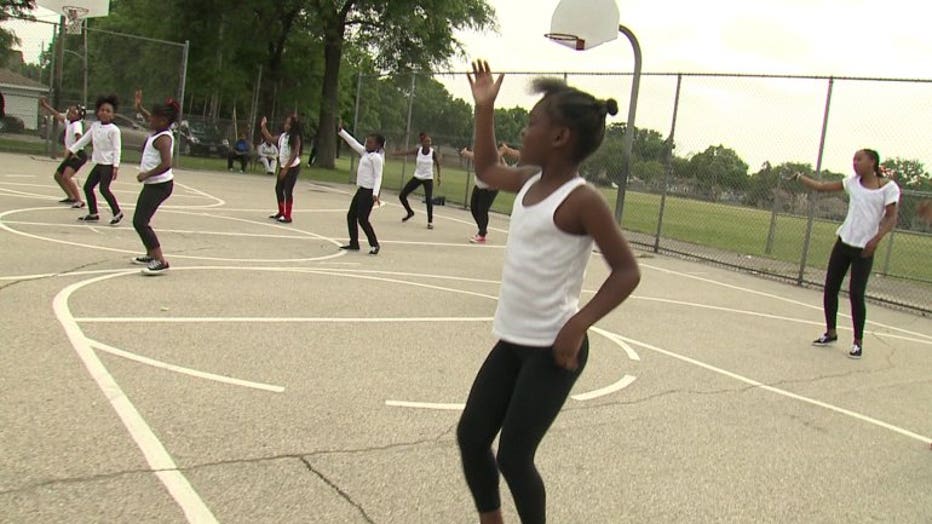 ClubKids414.org, a non-profit organization set up to help keep kids out of gangs and away from violence helped Jackson find a home for his league.

"Our deal was to get the basketball program up and running. While they're in the park, we want to also teach them the safety about being in the park," Jackson said. 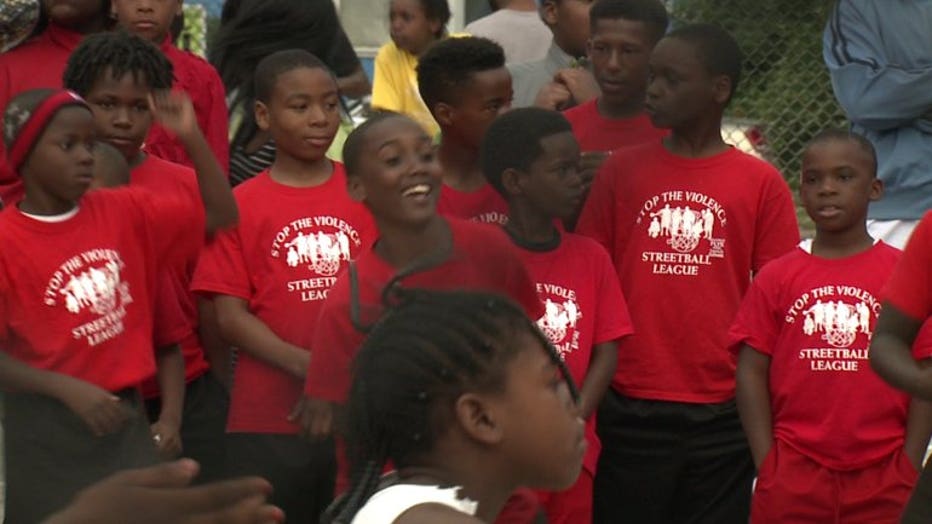 That's why Jackson has named the league the "Stop the Violence Street Ball League."

"I really want them to learn and have fun at the same time and be safe and know how to be safe in different situations. When I was growing up, they had programs that taught you if you hear gunshots, you hit the ground. Nowadays, I feel like a lot of kids are being shot because they not taught that no more," Jackson said.

"It's best that we try to get that information to them so they won't be getting bullied or being bullied so long that they have so much anger built up and then want to come hurt everybody else," Jackson said.

While he's had some help, Jackson is the creator of this program. He's organized it, and he's financed it.

"They don't have to be so worried about anything going on right now in their life. They just come here to have fun," Banks said.

"I feel like if we can get to it at the beginning then we can prevent all those future problems with them," Jackson said.

During the first weekend of this program, Milwaukee police officers stopped by the park to speak with the children about violence. 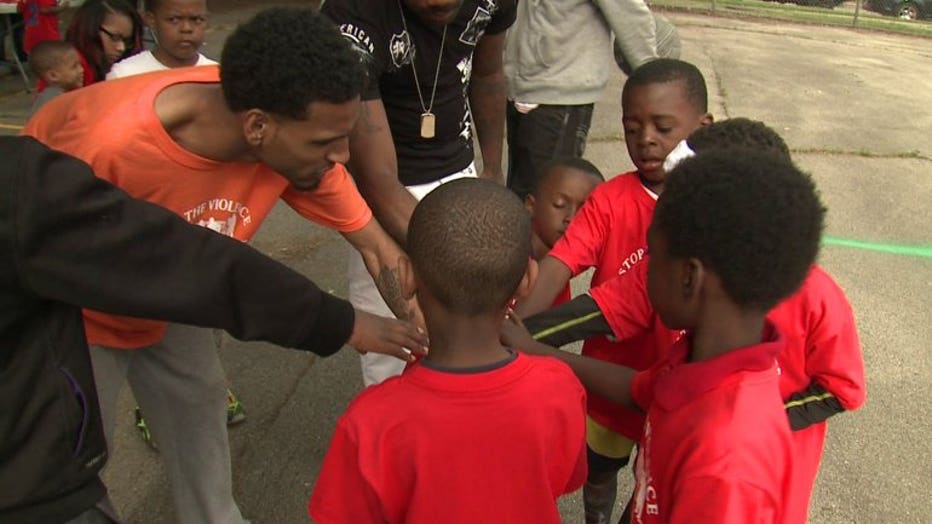