SOUTH BEND, Ind. — Steve Stricker opened a six-stroke lead in the U.S. Senior Open on Saturday at Notre Dame, shooting a 4-under 66 and extending his bogey-free run to 48 holes.

Seeking his second senior major title after winning the Regions Tradition by six strokes in May in Alabama, the 52-year-old Stricker had a tournament-record 18-under 192 total on the rain-softened Warren Golf Course.

Much the same as it was the first two days, just driving it in the fairway," Stricker said. "Hit some pretty good iron shots into the greens. Just didn't get into too many problems. That was the key. And if I did, I was able to get it up-and-down or make a save of some sort." 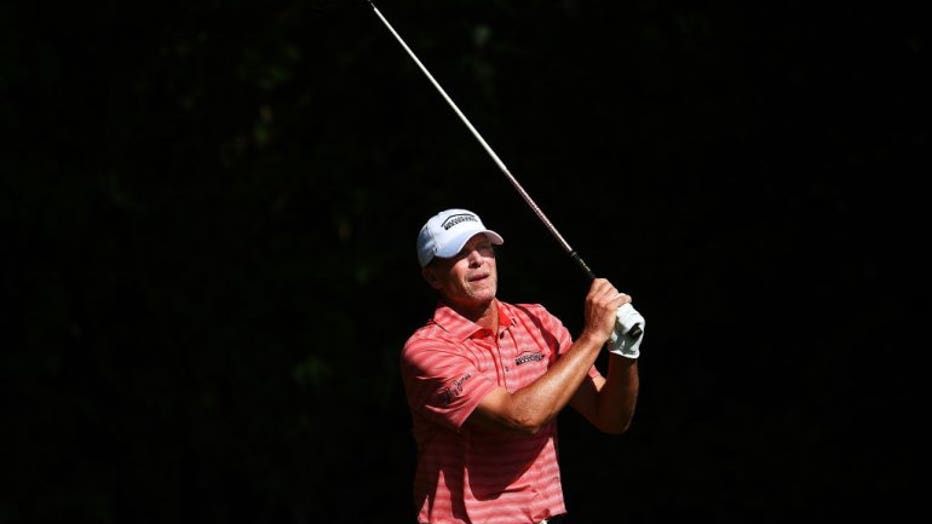 SOUTH BEND, INDIANA - JUNE 29: Steve Stricker hits his tee shot on the 11th hole during the third round of the U.S. Senior Open Championship at the Warren Golf Course on June 29, 2019 in South Bend, Indiana.

He opened with a 62 to tie the tournament record and share the first-round lead with David Toms, then shot a 64 on Friday to take a two-stroke advantage.

"The course toughened up a little bit today," Stricker said. "The wind was coming from a different direction, kind of a west-northwest to almost a northwest wind, and it played a little bit different. Greens firmed up. Some of the pin locations were a little bit tougher, and you could tell in the scoring, too."

Fellow Madison, Wisconsin, player Jerry Kelly was second after a 70. Kelly beat Stricker and Retief Goosen in a playoff last week in Madison in the PGA Tour Champions event that Stricker hosts. 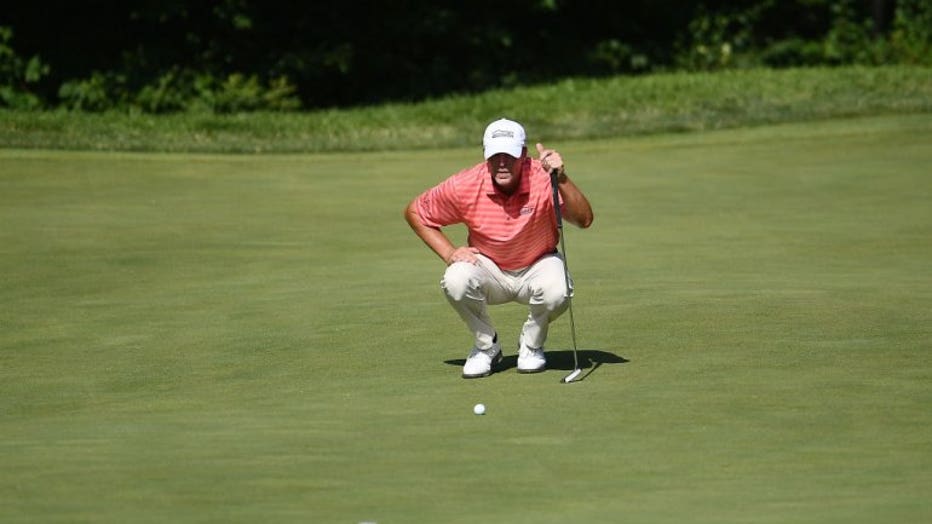 SOUTH BEND, INDIANA - JUNE 29: Steve Stricker lines up a putt on the 10th green during the third round of the U.S. Senior Open Championship at the Warren Golf Course on June 29, 2019 in South Bend, Indiana.

"It just wasn't very good golf," Toms said. "I was proud of the way I hung in there, got the ball up-and-down quite a few times today. I felt like I was in between clubs all day and I was either trying to hit one too hard, too easy, work it one way or the other, and I just never pulled off the shots."