GREENFIELD -- It's that time of year when NFL fans can't stop talking about the upcoming season, and recently, one of the best known football writers in the country dropped in on a local bar to join the conversation.

The corner bar used to be the spot where sports fans could express their passion. Then came social media.

"Twitter can be a dangerous, nasty, kind of ugly place. I choose not to think that's the majority of people. I choose to think there are a lot of people out there who are nice people," Peter King, writer for Sports Illustrated said. 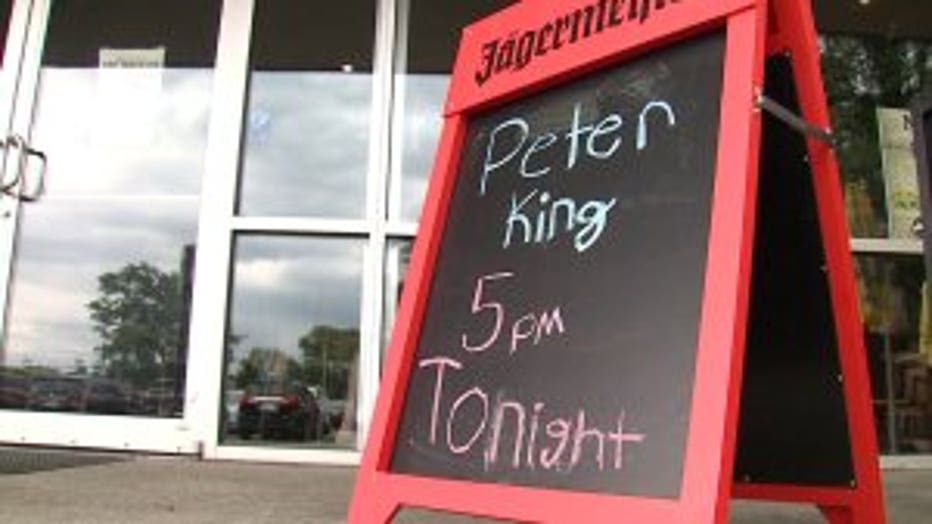 And so on a recent night in the midst of his cross-country NFL Training Camp tour for The MMQB, King brought social media to the corner bar. The widely-respected Sports Illustrated writer, who has more than 1.5 million Twitter followers, held a "tweetup" at The Brass Tap in Greenfield.

"I sent him a tweet saying 'I know you love craft beer -- seeing if you'd like to stop in on your way up -- on your Training Camp tour -- on your way up or back from Lambeau,'" Nick Marking, owner of The Brass Tap said. 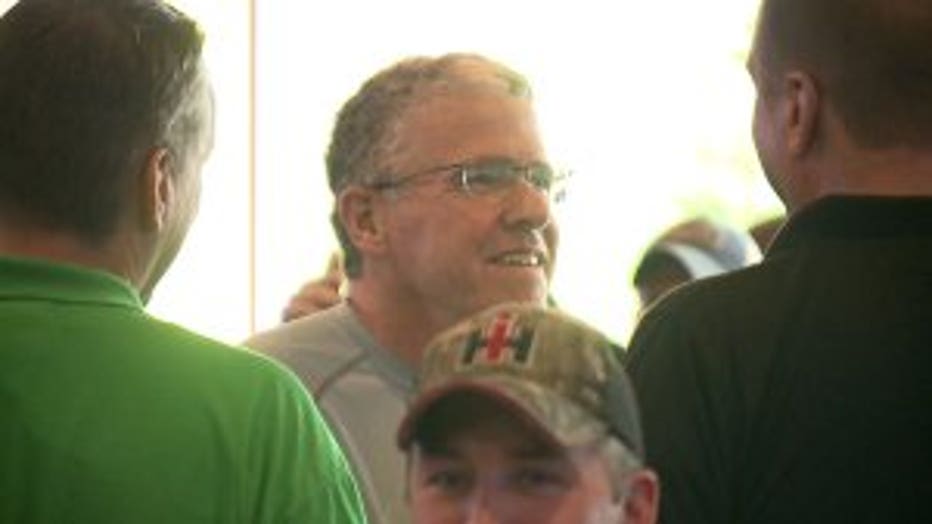 "There are so many people who are huge fans of football, and all they want to do is talk to somebody who can tell them some stuff about what they love," King said.

This event really was that simple. An invitation met a man who can tell folks some stuff about what they love.

"The way we usually do these is, I just basically ask if anybody wants to ask any questions about anything. We've got an hour. Let's talk about whatever team you want to talk about," King said. 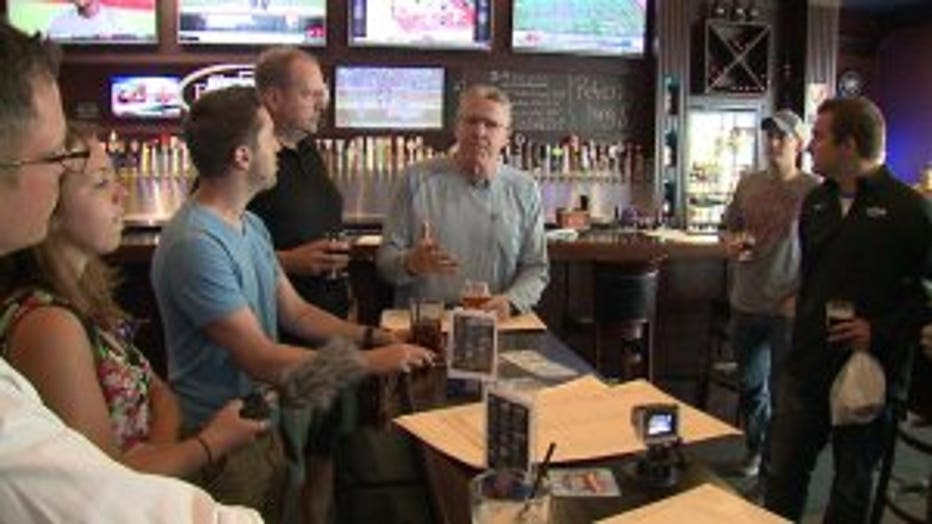 "Aaron Rodgers can solve a lot of problems. I can tell you there's about 25 fan bases that would kill to trade places with the state of Wisconsin right now. Steve Young followed Joe Montana and they played for 18 straight years starting for the 49ers. Brett Favre and Aaron Rodgers -- it's 23 years. I talked to Coach McCarthy for quite awhile today. One of the things he said was 'the year that Joe Filbin left for Miami, if he hadn't left for Miami, I was thinking very seriously of doing it that year. He was with me for four or five years. He thought like I thought. He was a step ahead of me a lot of times.' Let's look at a guy who's got a good chance to be influential and make a big play at some point during the season, but who you don't know, and so we picked Abbrederis and what, he got concussed again, right? I mean, it's not exactly the MMQB jinx. We used to have the SI jinx -- but they're still pretty deep there," King said. 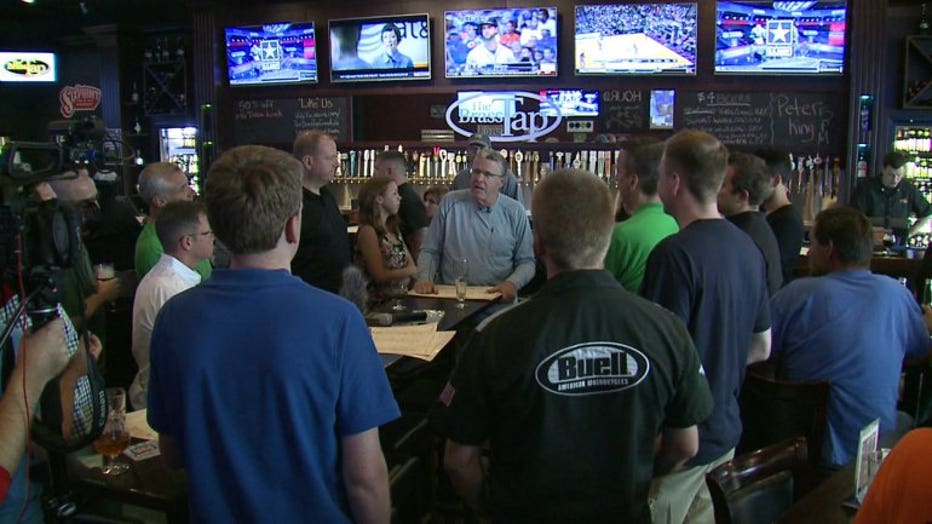 It's a conversation in a bar. It could have gone all night -- but it didn't really need to. 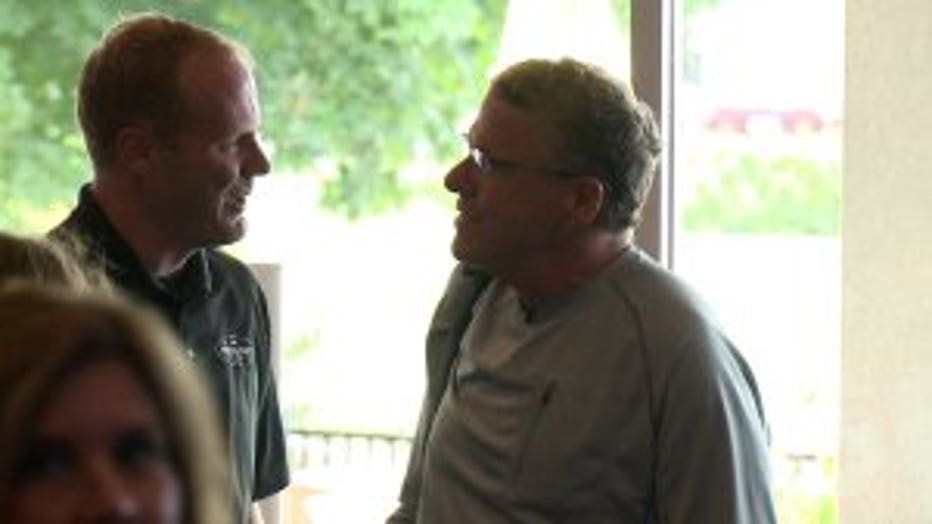 Peter King has more NFL Training Camps to get to, and more of the biggest names in the sport to talk to. But he was just as into his interaction with the crowd at The Brass Tap.

"You know what helps me? I want to know what people are talking about and reading about. I just think the people who come to things like this, they help me do my job," King said.

In the "Monday Morning Quarterback" column on August 10th, King mentioned the tweetup at The Brass Tap, and he says he had fun.

It's fair to assume the patrons that night did too. 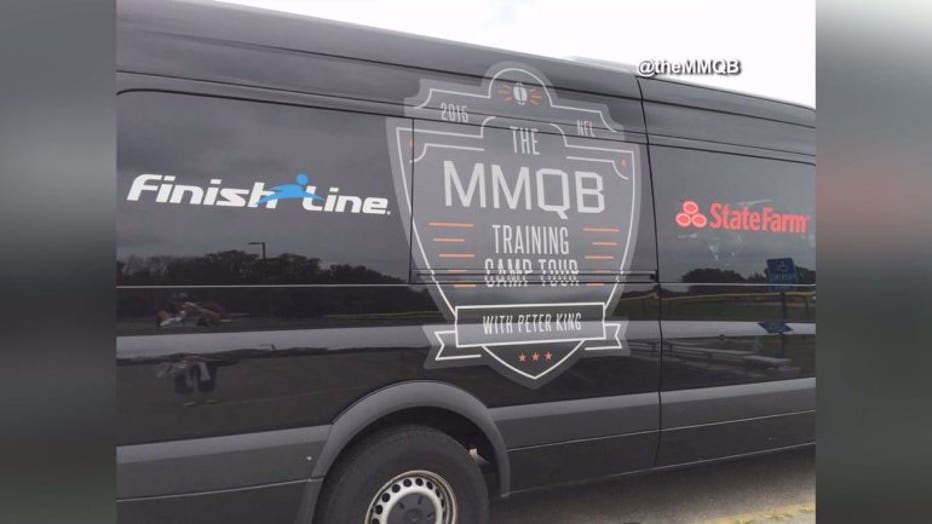