BLOOMINGTON, Indiana -- Do you remember the first time you saw a sporting event on high-definition television? The players just seemed to pop off the screen. A Wisconsin artist now living in Indiana feels that sports art really ought to have the same effect. 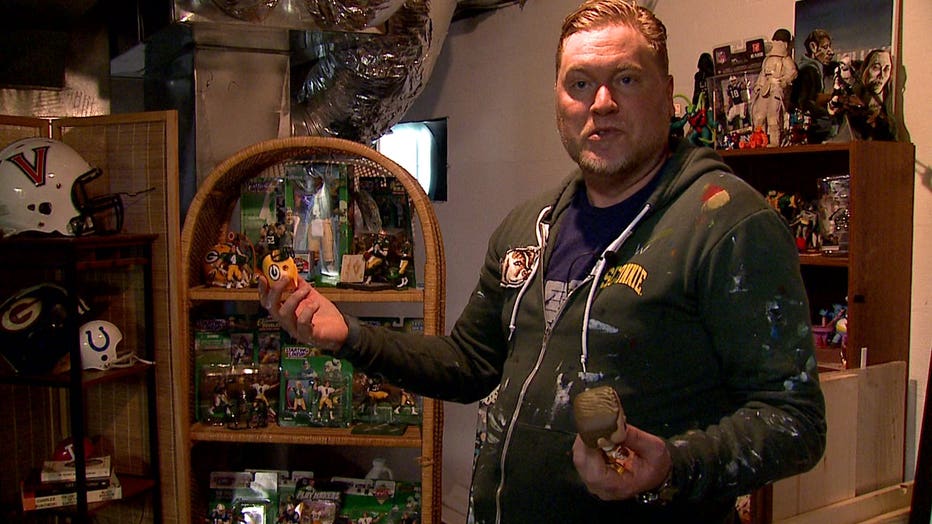 It is easy for a sports fan to stand out in Bloomington, Indiana -- home of the Hoosiers. Just be the guy sporting the green and gold lawn ornaments!

Richard Pierick Smith proves that you can take the boy out of Wisconsin, but he's bringing his loyalties with him.

"The studio is a continuation of my bedroom as a boy and my art studio and I'm not embarrassed to say that," Pierick Smith said.

Nor should he be, because the things he loved as a kid have made him a very creative and in-demand adult. 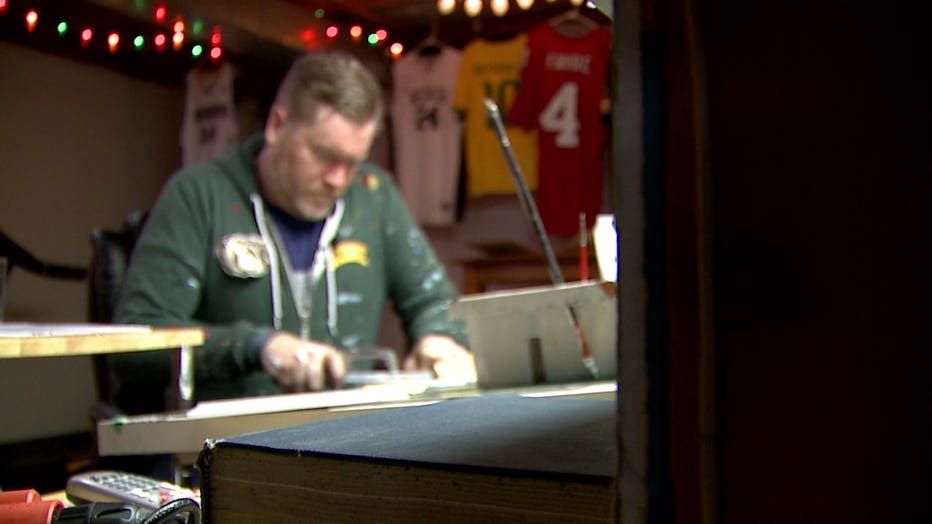 Don't you love it when a Plan B comes together?

"I go through a lot of X-ACTO knife blades!" Pierick Smith said.

On a recent day in his basement studio, Pierick Smith was working on a piece of art featuring running back Todd Gurley with the goal of making it look as though the Georgia Bulldogs player was loose in your living room!

"I call it pop-pop painting because it's usually popular imagery and it sort of pops off the two-dimensional plane," Gurley said. 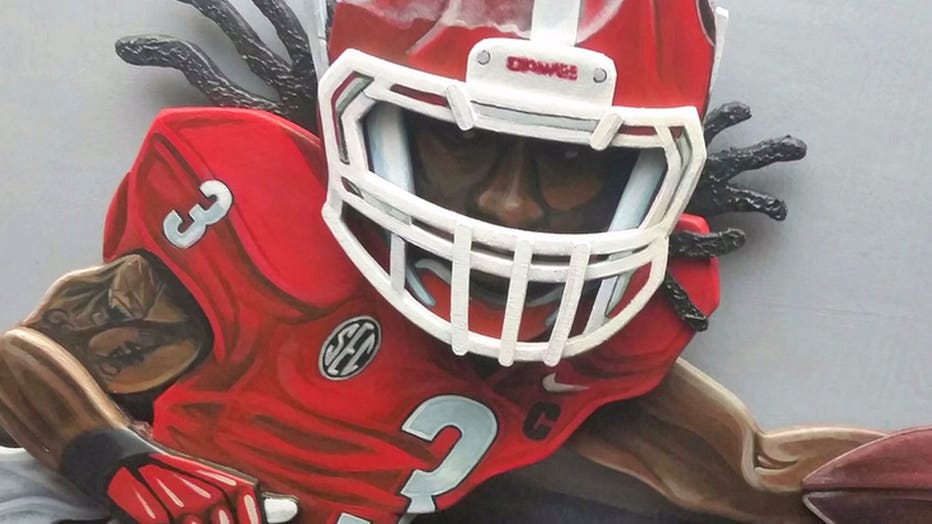 Whether it is the legends of Lambeau field hovering over sacred ground or J.J. Watt waving hello and goodbye to a quarterback, or a dunking Dwayne Wade, it is very clearly a Pierick Smith production. 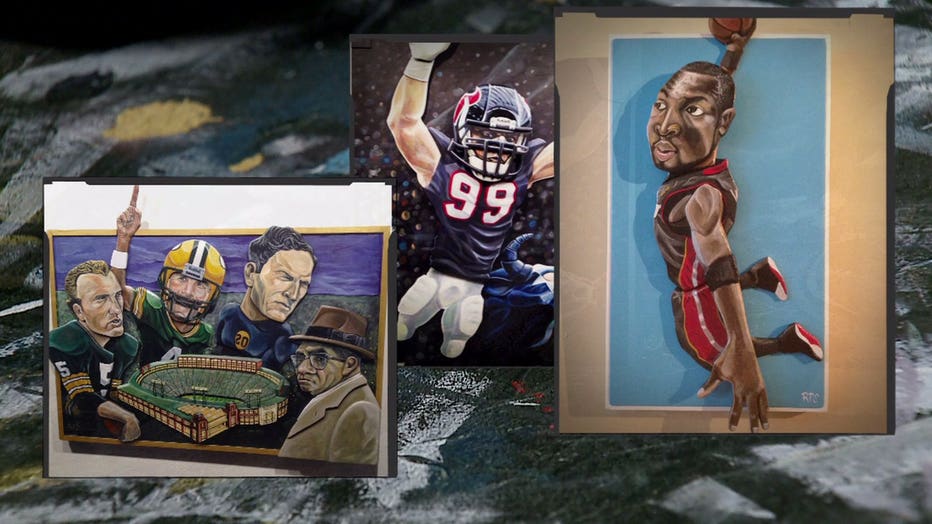 The pieces Pierick Smith does are commissioned -- fans ask for works featuring their favorite player.

"Often it's of a certain play," Pierick Smith said.

Pierick Smith takes over from there.

"I try not to copy the picture. I take two or three pictures and chop them up," Pierick Smith said. 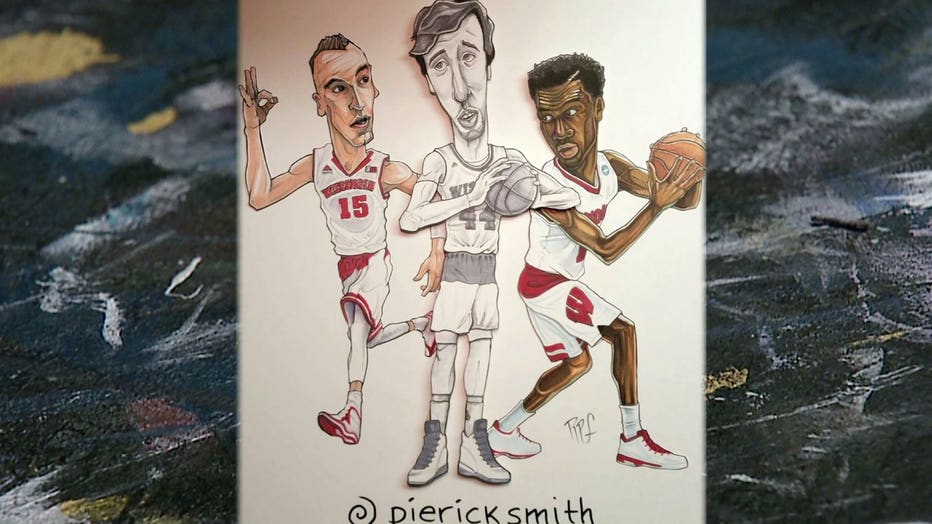 But here's the part that makes Pierick Smith savvy as he is stylish. He'll send the art to the buyer who pays anywhere from $400 to $1,600 for the piece, and he sends a picture of it to the athlete featured in it via social media. 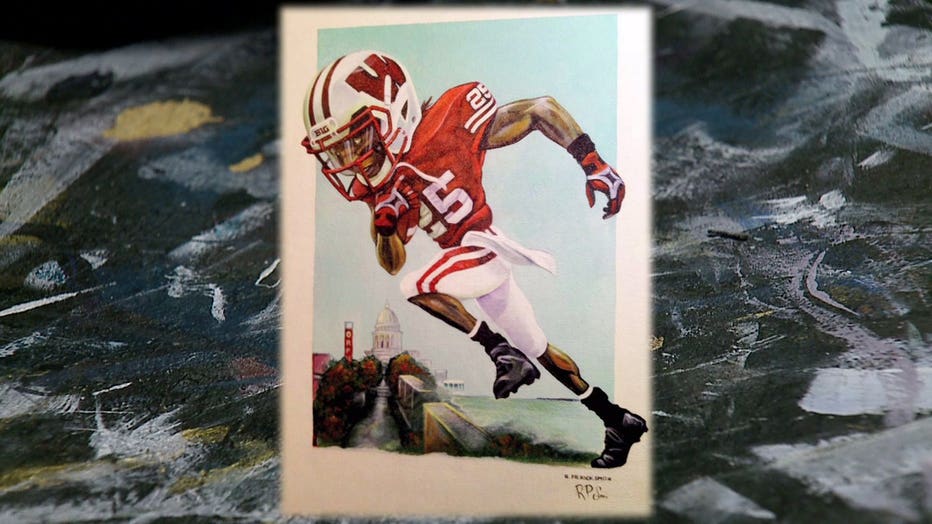 "Melvin Gordon saw the painting I did of him. He game me a retweet. Kyle Long, Chicago Bears -- he's the enemy but a pretty cool dude," Pierick Smith said.

The athletes will often trade jerseys for one of Pierick Smith's creations -- a trade he's more than happy to make, especially if they give him a plug -- something very hard to get from one group of guys.

"Quarterbacks man, they don't feel it. They don't need it," Pierick Smith said. 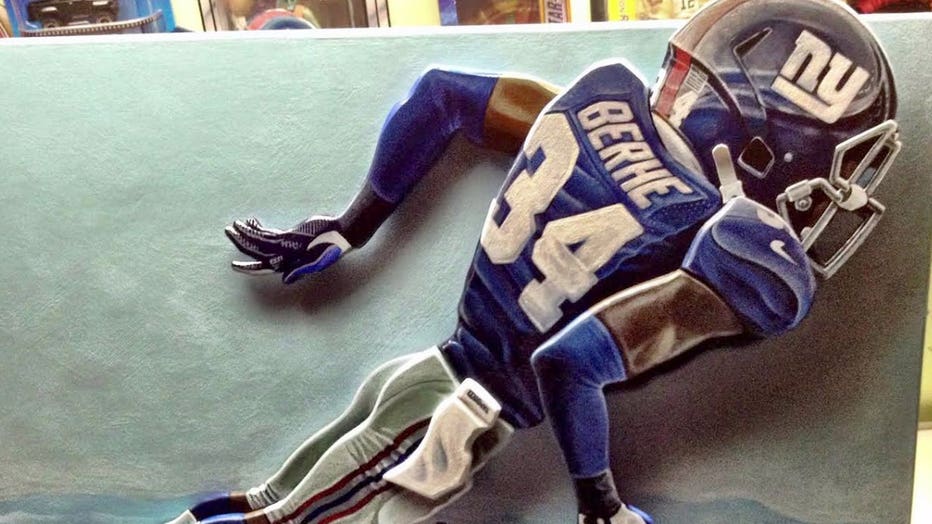 Because he doesn't mass produce pieces, and he sends out the ones he makes when they're finished, Pierick Smith doesn't really have a gallery, but he has highlighted his best work on his website. 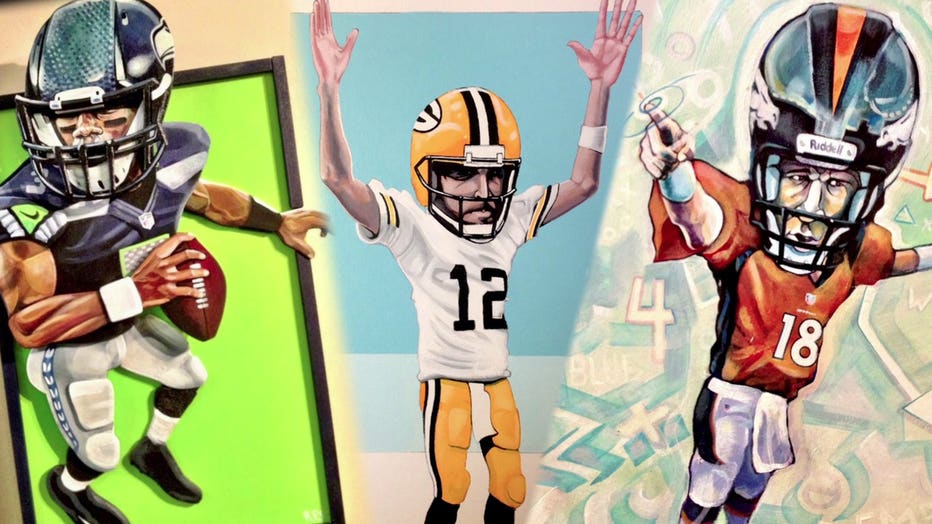