GREEN BAY -- NFL Network reporter Ian Rapoport tweeted out on Tuesday evening, October 18th that the Green Bay Packers could be without the services of running back Eddie Lacy for some time.

This might explain why the Packers acquired running back Knile Davis from the Kansas City Chiefs on Tuesday. 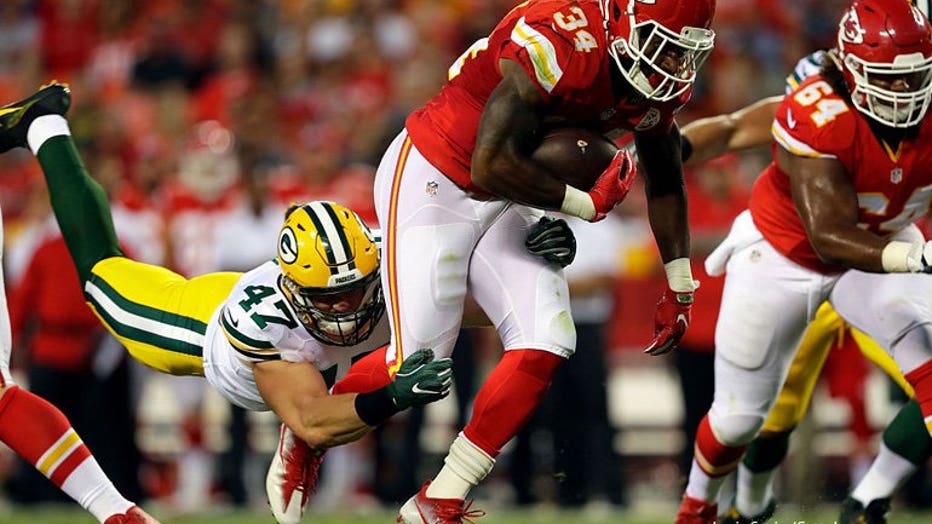 KANSAS CITY, MO - SEPTEMBER 01: Running back Knile Davis #34 of the Kansas City Chiefs carries the ball as Jake Ryan #47 of the Green Bay Packers defends during the preseason game at Arrowhead Stadium on September 1, 2016 in Kansas City, Missouri. (P