STUTTGART, Germany — There was only one way for Simone Biles to finish off yet another dominant world championship performance. She dropped the mic.

Biles marked her fifth all-around world title by ending her floor routine with a mic-drop gesture — a nod to her social media following. Biles said the idea came from Twitter, and it was certainly fitting on a day when no rival came close.

"It wasn't my best routine but we just thought it would be fun," she said.

It may not have been her best, but the routine still earned her the highest floor score of the day. One of the few blemishes was skidding out of bounds on the landing of a triple-double, a skill no other female gymnast performs.

Biles' fifth world all-around title, two more than any other female gymnast has ever managed, was won by a full 2.1 points. The margin of victory was bigger than any of her four previous victories at worlds and matched her 2016 Olympic win. 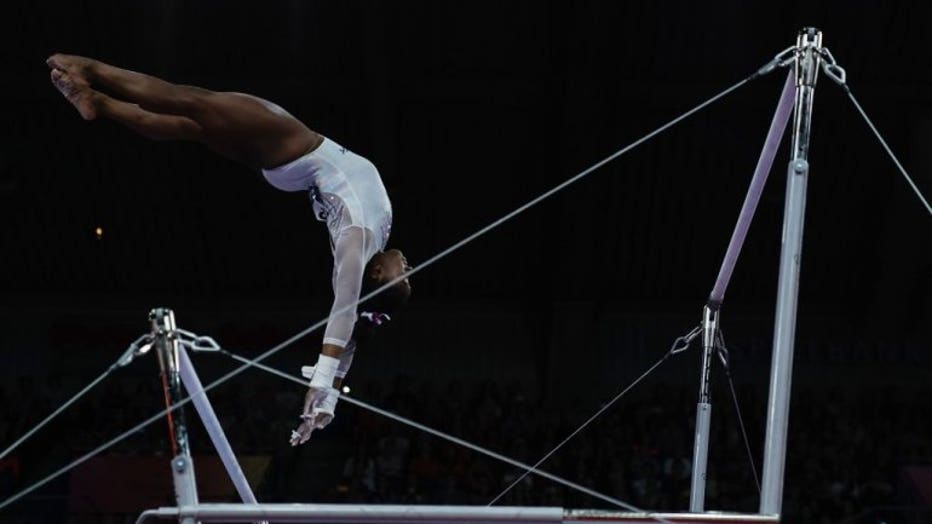 USA's Simone Biles performs on the uneven bars during the womens all-around final at the FIG Artistic Gymnastics World Championships at the Hanns-Martin-Schleyer-Halle in Stuttgart, southern Germany, on October 10, 2019. (Photo by Lionel BONAVENTURE

With another Olympic Games less than a year away, Biles feels on top of the world.

"I feel like right now actually I'm pretty confident in my gymnastics and myself and the performances I put out there, so I feel like I'm probably more confident going in today than I was at the Olympics," she said.

Biles' score of 58.999 was far out of reach for China's Tang Xijing, a late stand-in for a teammate who ended up in second after other medal contenders stumbled. Angelina Melnikova of Russia was third on 56.399. 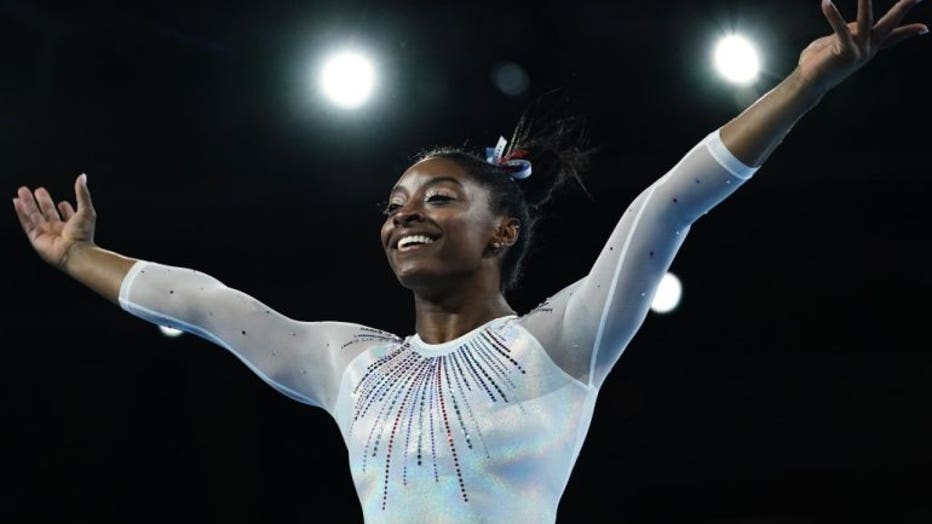 USA's Simone Biles reacts after performing on the floor in the womens all-around final at the FIG Artistic Gymnastics World Championships at the Hanns-Martin-Schleyer-Halle in Stuttgart, southern Germany, on October 10, 2019. - USA's Simone Biles won

Biles now has a total of 22 world championship medals across all events, the most by any woman and one shy of Belarusian Vitaly Scherbo's men's record.

Biles' victory makes it seven wins in a row for the United States in the women's all-around, matching the Soviet Union's record streak at world championships in the 1970s and 1980s.

Tang wasn't even meant to be competing Thursday but became China's first all-around medalist in eight years. She'd qualified third-best of China's gymnasts, with only two per country allowed in the final. However, Tang was drafted in to replace teammate Liu Tingting, who fell on two routines in Tuesday's team final.

Tang said she didn't know she was contending for a medal until after finishing her final routine.

"I hoped to do what I'm like in training, and didn't really think too much about the results," she said through a translator. "I didn't even watch the results myself, so it was really surprising."

Bronze medalist Melnikova said she was "really happy" with making the podium after missing out last year by 0.034 points. It was her first medal in an individual event after team silver at the 2016 Olympics and the last two world championships.

Biles' U.S. teammate Sunisa Lee placed second in qualifying, but her hopes of a medal were dashed when she came off the uneven bars. She finished eighth.

"I feel like I kind of let the nerves get to me a little bit, but it's all part of the learning experience," Lee said. "There's going to be a lot more meets to come before the Olympics, so hopefully I can kind of get myself back together for that."

France's Melanie de Jesus dos Santos had qualified third-best but fell twice on uneven bars and placed 20th. Ellie Black of Canada was on crutches after a painful landing on the vault, and the 2017 all-around silver medalist faces a race to recover for Saturday's vault and Sunday's beam finals.

Biles has won the all-around title at every world championships she's competed in, starting in 2013. She skipped the 2017 season, when Morgan Hurd won the gold.

In a sign of the U.S. team's depth, Hurd wasn't named to the team for this year's worlds despite also winning bronze last year. 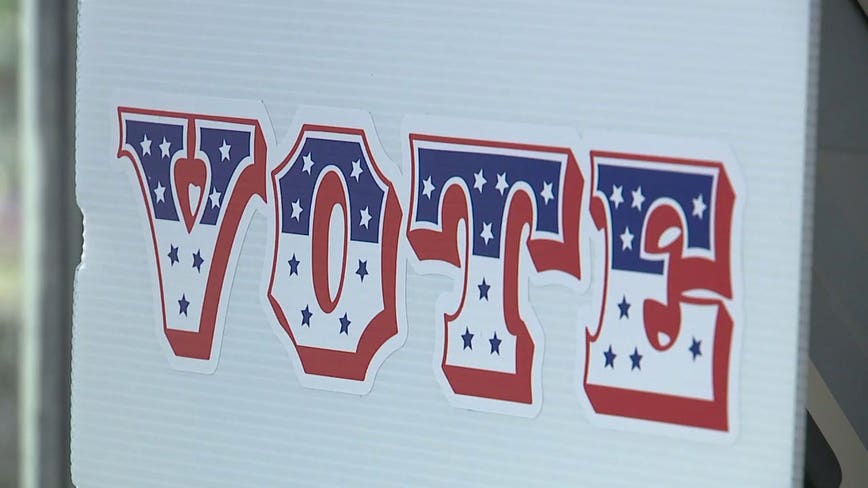 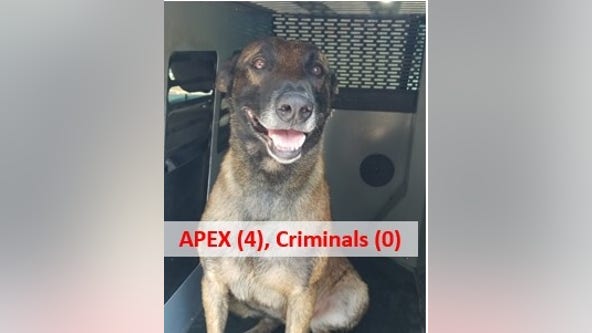