MILWAUKEE -- Domingo Santana homered twice and drove in all four Milwaukee runs as the Brewers ended the Atlanta Braves' four-game winning streak with a 4-3 victory Sunday.

Santana hit a solo shot in the fifth, then added a three-run drive in the sixth inning. The big right fielder has fifth homers this season, including three in the three-game series against Atlanta.

Freddie Freeman hit his ninth home run for the Braves, a solo shot in the sixth for a 2-1 lead.

Matt Garza (1-0) pitched 6 2/3 solid innings in his second start of the year. Neftali Feliz worked the ninth for his sixth save in seven chances.

Mike Foltynewicz (0-3) gave up both of Santana's homers. 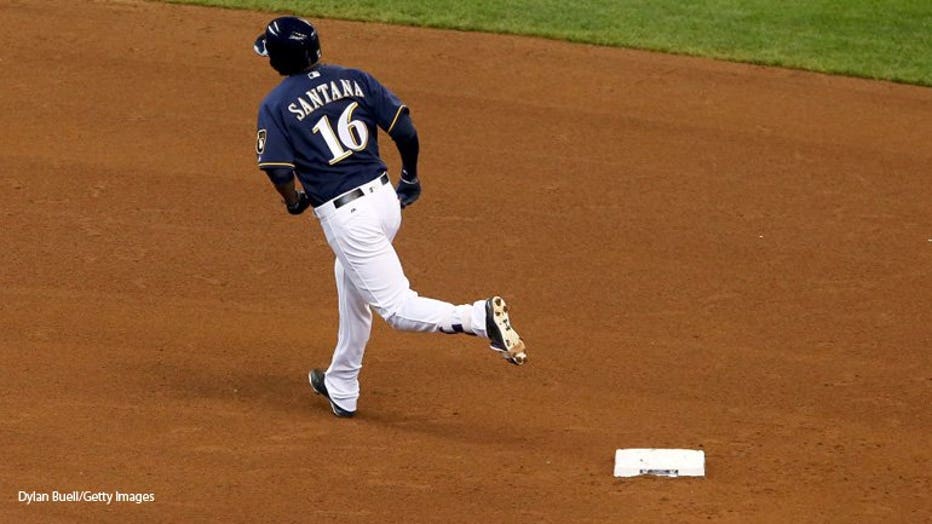 MILWAUKEE, WI - APRIL 30: Domingo Santana #16 of the Milwaukee Brewers rounds the bases after hitting a home run in the fifth inning against the Atlanta Braves at Miller Park on April 30, 2017 in Milwaukee, Wisconsin. (Photo by Dylan Buell/Getty Imag