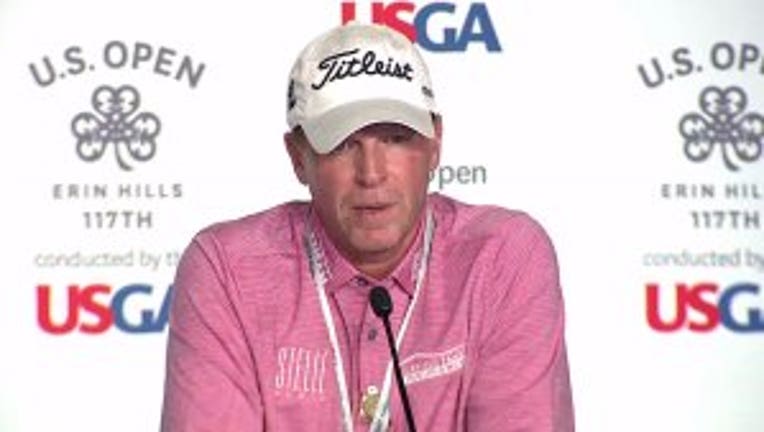 KIAWAH ISLAND, S.C. - When the U.S. Ryder Cup team arrives at Whistling Straits in September, captain Steve Stricker wants Tiger Woods to be by his side as an assistant.

"I've talked to him; I don't know if we are there yet to commit to him being there,'' Stricker said. "He's still got a lot going on, and his spirits are great, though, as of late. We were on a Zoom call with him just last week, and he seems like he's in a better place. He's still got some ways to go."

Prior to the start of this weekend's PGA Championship, Stricker spoke about the possible addition of Woods.

"But I'd love to have him there. Who wouldn't, right? The guys really respect him, and he did a great job as [Presidents Cup] captain [in 2019] and he was an assistant of mine in 2017 [at the Presidents Cup] and he was unbelievable. He would do anything for you, and he's totally, totally vested in the situation and the process almost to the point of, he's on it early and so much, it's like, 'Dude, we've still got months to go yet.' He's really good at being an assistant, and I'd love to have him be there if it's at all possible."

It is unclear if Woods will even be ready for the Ryder Cup since he suffered multiple fractures to his right leg as well as other injuries in a car accident on February 23.

"I don't know if he can be there or not, but he said, 'You know I'm here for you all the way up to the Ryder Cup,''' Stricker said. "That shows his level of commitment to me and to the team, and his desire to be there if he can be."

Europe has won four of the last five events dating back to 2010.