In a video posted to Facebook, Braun said he feels gratitude – and "just wanted to take a moment to say, ‘thank you.’"

Braun became a free agent after the Brewers declined to exercise a $15 million mutual option in his contract last October. He batted a career-low .233 with eight homers and 26 RBIs in 39 games last season while dealing with a back issue. 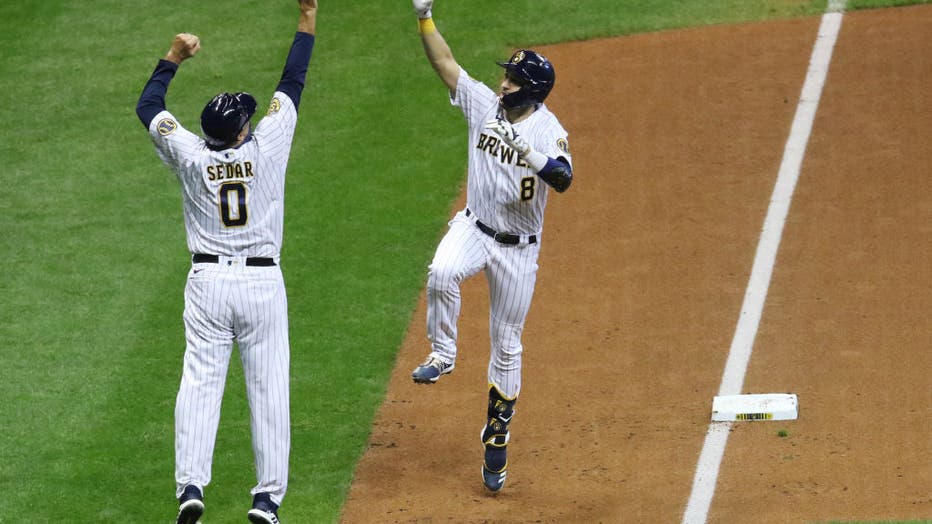 Ryan Braun and third base coach Ed Sedar celebrate Braun's home run during a game between the Chicago Cubs and the Milwaukee Brewers on Sept. 12, 2020. (Photo by Larry Radloff/Icon Sportswire via Getty Images)

Braun was one of baseball's best hitters from 2007-12, but was never the same after he was suspended midway through the 2013 season for using performance-enhancing drugs. He acknowledged that he took banned substances while rehabilitating an injury and apologized.

From 2014 on, Braun never played more than 144 games in a season and reached the 30-homer mark once after topping 30 homers five times in his first six years, including an NL-leading 41 in 2012.

The Brewers plan to honor Braun at a pregame ceremony Sept. 26 before they face the New York Mets in their regular-season home finale.

News of Braun's retirement came with mixed reactions from long-time baseball lovers. While they congratulated him and wish him the best, there are some things they will miss.

"I’m sad to see him go, and I think he gave a lot to the team," said Jim Mitchell.

Some learned of Braun's retirement announcement as they picked up tickets at American Family Field on Tuesday.

"Actually kind of sad, you know? He was a great player, helped the team a lot. He brought lots of recognition to the city," said Karen Pinzer.

Fans weren't surprised to learn the news but will miss him.

"I wish him all the well. We were very fortunate to have him," said Chip Moilanen. "Of course, there were a few struggles here and there, but overall everyone appreciates he came here to Milwaukee and contributed so much." 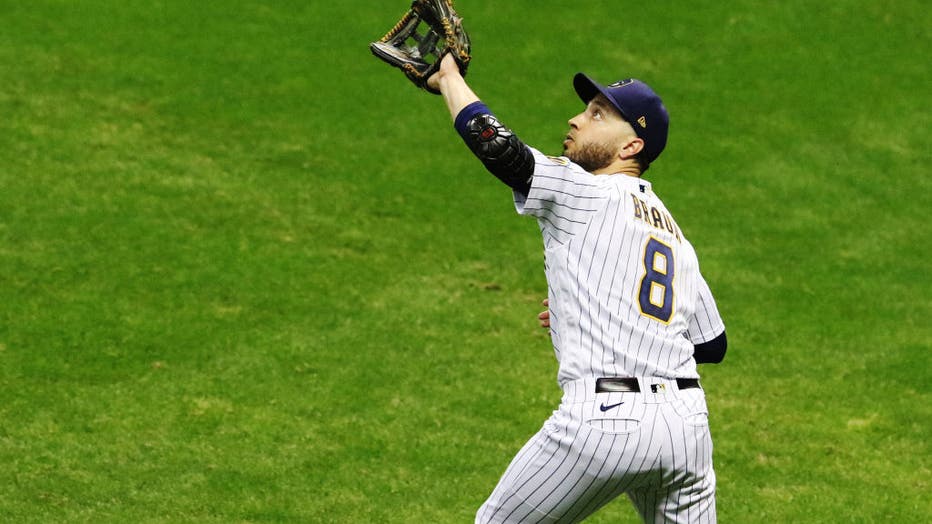 Ryan Braun waits to make a catch during a game against St. Louis Cardinals on Sept. 16, 2020. (Photo by Larry Radloff/Icon Sportswire via Getty Images)

Long-time fans followed his career and said his positive attitude and care for the community stuck out.

"I thought he was a good leader, and he was a long-time member of the team, and he always seemed to play as hard as he could," Mitchell said.

As for the next chapter, fans wished Braun well.

"Thank you for everything. Thank you for all the support you’ve done for the city, for the community for your fans," said Pinzer.

"I gave him my best and he gave his best so I wish all the fans to give him all the same," said Timothy Moke.

"This is an exciting time to be following the Brewers, and like you, I'm enjoying every minute of it. While we're taking it all in, I wanted to take a minute to share some news with you.

"On May 25th, 2007, I took the field for the first time in a major league uniform. Today, more than 14 years later, I have decided to officially retire as an active player.

"While it's impossible to summarize my emotions right now, what I feel most is one simple thing -- gratitude. And I just wanted to take the time to say thank you. I've been incredibly fortunate to be joined by countless amazing teammates, coaches, support staff, friends and family for this incredible ride.

"To the fans, thank you for showing me and my family unconditional love and always making us feel like we truly belong to this community. Thank you for packing the ballpark night in and night out for 14 years. You made coming to the ballpark every day a joy -- and I cannot imagine a better playing experience than being a Brewer for life. Thank you for the encouragement, support, and motivation. Thank you for memories, the postseason runs, the moments I'll never forget.

"I'm coming back to town for the last home game for the regular season on Sunday, September 26th -- and I hope you'll be there to celebrate with me. Until then, go Brewers!"

One month after leading the Milwaukee Bucks to their first NBA title in half a century, Giannis Antetokounmpo is teaming up with the city’s other major pro sports franchise by joining the Milwaukee Brewers’ ownership group.