MILWAUKEE - When the Milwaukee Bucks' season was initially put on pause and then eventually played and finished in Orlando, members of the Rim Rockers squad suddenly found themselves watching games from home, but one, who goes by the nickname, "Neon," found a way to stay busy, and learned a thing or two about his craft. 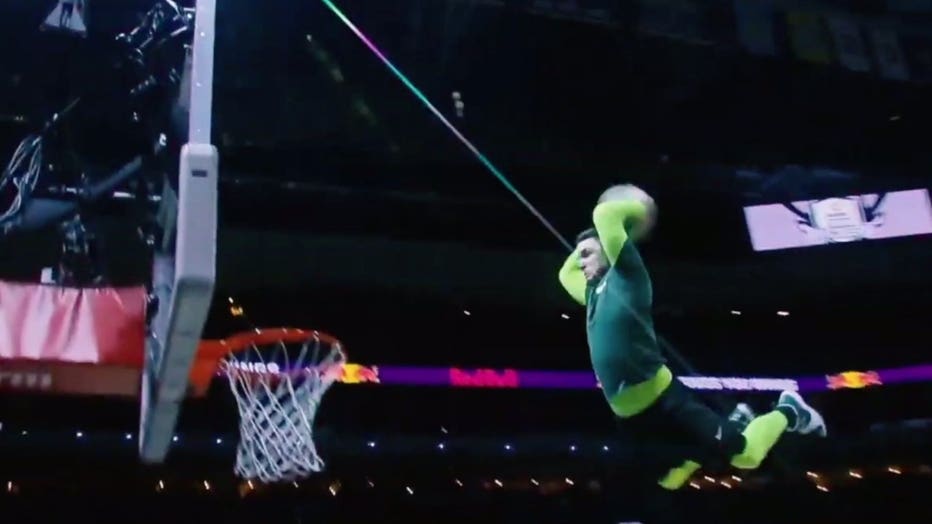 Citro is part of the Rim Rockers. He’s one of 10 daredevils who jump off trampolines and dunk basketballs to excite crowds at home games, and he does it all wearing his signature neon.

"How many people can say they’re 15-20 feet in the air at all, much less in front of 20,000 people in the middle of a heated playoff game?" said Citro. "I’m getting goosebumps just thinking about it."

When he’s not at Fiserv Forum, Citro is a head diving coach at Oak Creek High School, a personal trainer and a trickshot artist. 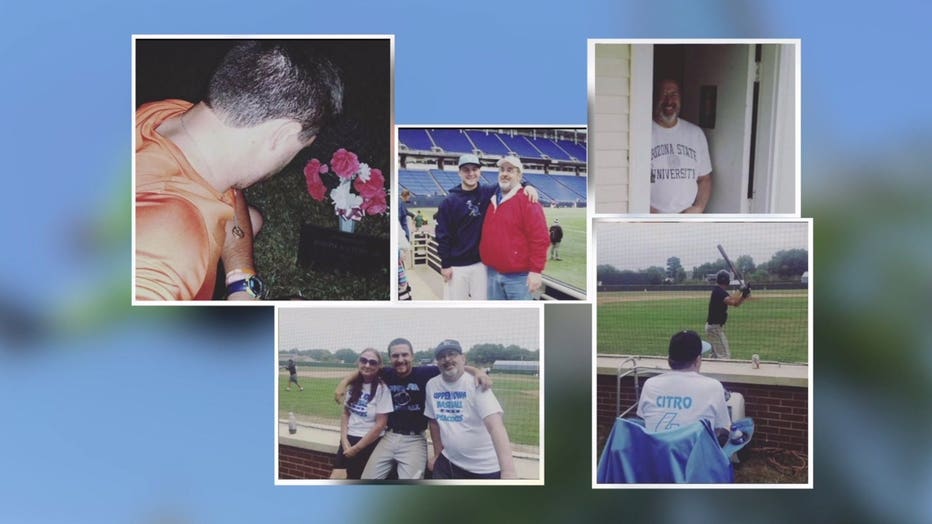 "I lost my dad in 2013 to lung cancer," said Citro. "My outlook on life has changed a lot and it’s kind of a 'you only live once’ type of thing. If I can make somebody else smile, then it makes my day much better."

Citro did his first trickshot a year and a half ago, and he continues to upload them on Twitter, Instagram and TikTok, all under the handle Ryan Neon Citro.

"I was doing handstands on chairs, on our cage that we have here, on kettlebells, plates, everything like that, and then I was like, what if I could throw a basketball and make it?" he said. 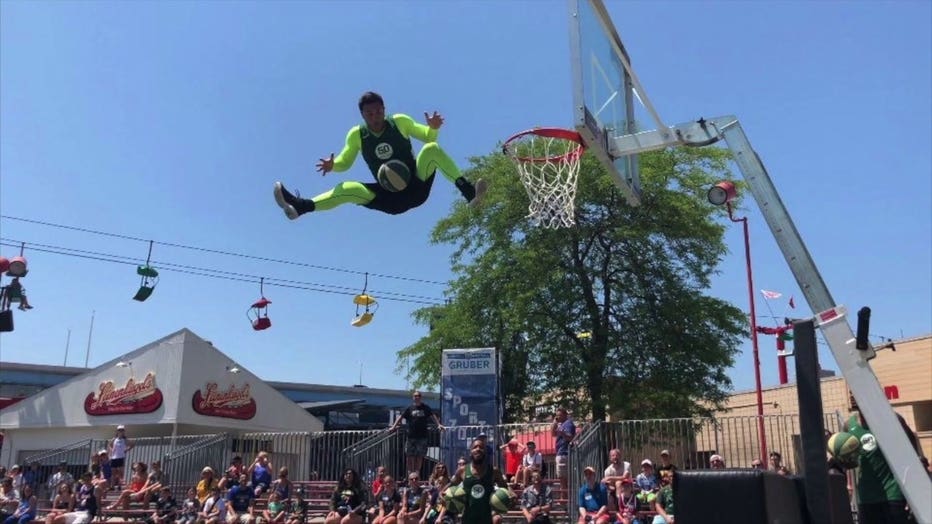 He aims to do at least one a day from either his home in Oak Creek or at Bridgewater Performance in Franklin, the gym where he works.

The pandemic has given him more time to get his creative juices flowing.

"I plan to jump off my roof eventually or the pool maybe," he said. "We’ll see." 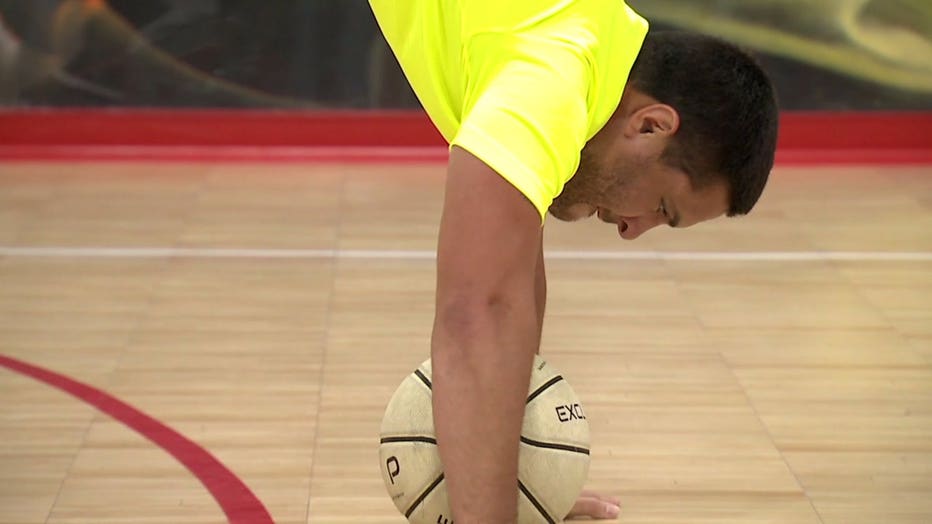 Citro tries to make every trickshot look effortless. Sometimes it takes one shot, and sometimes more.

"A lot of people will say it’s luck, and it is, but if you can’t do a handstand, you can’t do the one I did while in a handstand," said Citro. "I’ve used a club. I’ve used a kettlebell. I’ve actually used one of our sleds that we have. I literally stare at it and I’m like, what can I do with that? I try it and if it gets within 5 feet, then I got a shot, so I just go for it." 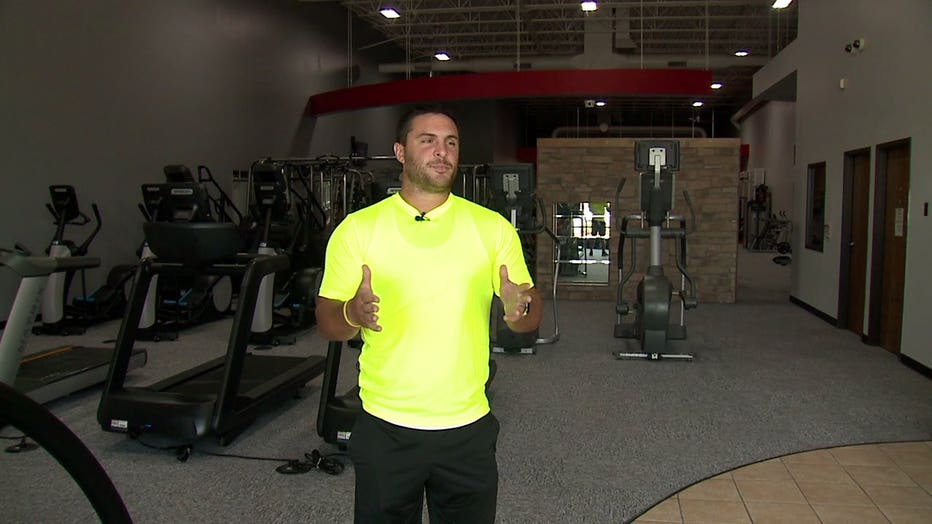 For Citro, it’s all about making the impossible possible.

"My mind wanders consistently of seeing what’s possible, but I don’t think there’s any ceiling," he said.

You can find Citro’s work on Twitter and Instagram under @Ryan_Neon_Citro and on TikTok under the handle @Itzneonyo.